Tom Brokaw Warns Dems: You Don’t Have the Goods on Trump

RUSH: Chuck You Schumer, the Senate minority leader, says he is “increasingly worried” that Trump may shut down the government again because of impeachment. Schumer says he’s worried that Trump might do this. Where was Schumer when Clinton was launching missile attacks into Tylenol factories and office buildings in downtown Baghdad? Mind you, this is the same Chuck You Schumer who constantly threatens to shut down the government (laughing) if he doesn’t get what he wants. I thought Chuck and Nancy were saying that Trump wanted them to impeach him!

I thought they said that Trump was trying to goad them. Remember two, three weeks ago — maybe a month now — Pelosi said she wasn’t gonna fall for the trick? She wasn’t gonna authorize a vote on impeachment because that’s what Trump wanted. Trump was trying to goad them into impeaching him. My how things change. Now they’re impeaching him, or they claim they’re going to. Big vote tomorrow. Now they’re worried Trump may shut down the government to stop it. There’s interesting polling data on this, by the way.

We’ve had polling data all over the place all week long. We’ve had the poll that shows 30% of the American public — or Millennials — now favor communism. Seventy percent think socialism is okay. The polling data has been very distressing, and it’s been all over the place. Well, here is a poll from Selzer & Company at Grinnell College: “7-in-10 Voters Believe in ‘America First’ Agenda Ahead of 2020 Election,” and, “New Poll Poses Serious Questions About Democrats’ Impeachment Drive.”

This is a Suffolk University poll, and you have to do a little addition on this poll to find out what it really means. But Suffolk University’s poll, let’s deal with that one first. That was for USA Today. They “gave 1,000 registered voters an opportunity to choose among three options regarding impeachment. Which did respondents personally prefer?” Here are the three options: “A) The House of Representatives should vote to impeach President Trump. B) The House should continue investigating Trump, but not vote to impeach him. C) Congress should drop its investigations into President Trump and administration.”

So here’s how the answers came out: “Thirty-six percent of those polled said the House should vote to impeach, 22% said the House should continue investigation but not impeach, and 37% said the House should drop it…” So if you add ’em up, you have 59% of the respondents in this poll who do not favor impeachment. No way! You’ve only got 36% who do, and that’s probably a large part of the Democrat base — and this is not changing. This poll is not much different from similar polls from weeks and months ago.

So the polling data here is not in Democrats’ favor! Impeachment is a political event. It’s not legal. It happens within the political process under the guise of a trial over high crimes and misdemeanors and so forth. But it essentially is a political thing. And if you do not have public opinion behind your effort, it is going to bomb, and it isn’t gonna happen. And even Tom Brokaw… Tom Brokaw was on MSNBC yesterday with Andrea Mitchell, NBC News, Washington, and we have the sound bite. I’m looking for it even as we speak.

It’s number 6. Tom Brokaw is telling everybody (summarized), “Be careful because you guys don’t have anything yet. Nixon, we had the goods!” Brokaw said, “We had Nixon dead to rights. We knew we were gonna nail Nixon. But you guys don’t have anything on Trump.” Andrea Mitchell’s question: “In August of ‘73, Nixon gives an Oval Office speech, and he’s in total denial. And in just one year, by August 9th, he was out of there, and it was Republicans who go to him and say, ‘You’ve got to resign or you’re going to be impeached; you’re going to be convicted in the Senate.’”

BROKAW: The big difference is, however, Andrea, that they still don’t have what you would call the goods on this president in terms of breaking the law and being an impeachable target for them. They’re gonna start the process, but they don’t have the same kind of clarity that the people who were opposed to Richard Nixon had because it was so clear that these were criminal acts that he was involved in. 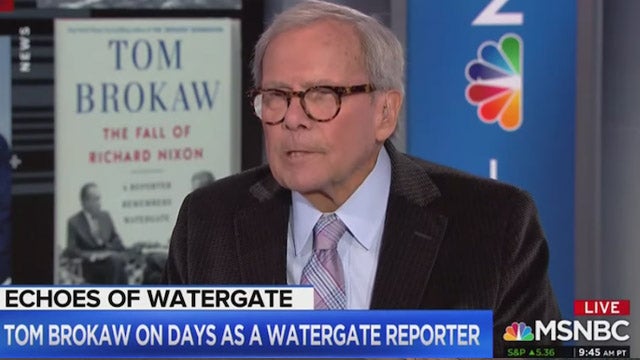 RUSH: Uh-oh. Brokaw’s an outlier here. He may be one of the only people in the media-Democrat complex who thinks this, and he’s warning her. Look, Brokaw can read the polls too, and he knows that they just don’t have the goods here. Trump hasn’t committed an impeachable offense. This phone call is not an impeachable offense.

RUSH: The other polling data, there were two polls I shared with you, the USA Today-Suffolk where you add two of the three responses, you get nearly 60% of the American people that USA Today talked to that do not want to impeach. Here’s the poll by Selzer and Company/Grinnell College: “A majority of American adults say they are America First voters, while less than 20 percent identify as socialists.” 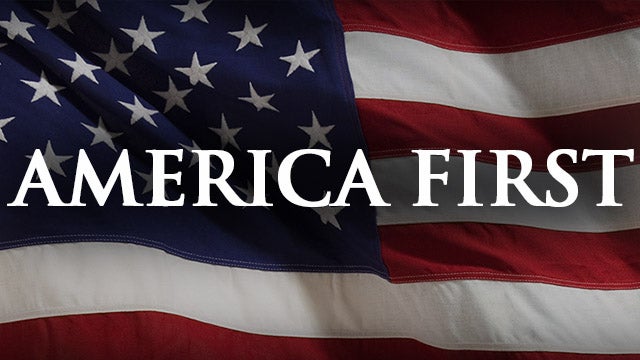 Now, we’ve had polls this week about how Millennials love socialism, something like nearly two thirds, almost 70% thought socialism is the answer. Thirty percent said they loved communism. People look at that, “Oh, my God. We’re losing the kids. Oh, my God.” It’s hard not to believe these things, you see them in print.

But ahead of the 2020 presidential election, the overwhelmingly majority — this is a likely voter poll. Seventy percent, seven in 10 likely voters say they believe in the doctrine of America First, i.e. Make America Great Again. Again, this poll is by Selzer and Company.

So we’ve got two different polls here, both of them suggest that the Democrats are not pulling off this impeachment with the public. We’ve also got the report that Republican National Committee RNC internal polling data — shared this with you yesterday — they have impeachment 10 points underwater. Meaning people favoring impeachment are 10% less than those opposed to it.

The Democrats are out saying, “No, no, no, no. Our polling data shows it’s moving in the direction, trending toward impeaching the president.” Well, it must be a poll that nobody has seen. They haven’t published it, so I don’t know what poll, if it’s internal, they wouldn’t.