RUSH: I was thinking, how did this guy even get elected? And it’s real simple why Barack Obama got elected. It isn’t complicated at all. And it really is a testament to the decency and the goodness of the American people. The reason I was thinking about this is that there is a belief that the American people en masse seldom make a mistake. It’s a quaint belief. It’s a comforting belief. It’s almost an axiom, like we think the American people blew it when they elected Obama, but if you stop and look at it, I mean, they might have blown it, but their intentions were really decent.

We look at them electing Clinton, “Oh, my God. The American people goofed up, how stupid are they?” No, there were reasons why they did it. You know, most Americans are not wonks like us. The reason Barack Obama was elected — there are many, obviously, but I think there are two big ones. We’d had eight years of George W. Bush, which means we had seven years of intense personal destruction of George Bush and everything that he did.

And it was the media. The media destroyed the Bush presidency, destroyed the war on Iraq, tried to destroy the premise and the actual results of the War on Terror. The media was portraying the America military as terrorist, and John Kerry was agreeing with them, in Iraq. And Americans were tired. And they had created a recession. The media had talked people into believing that economic times were bad and getting worse. So the American people wanted a change. They just were sick and tired. They were worn out. They were sick and tired of having the country beat up every day because of people not liking George Bush. 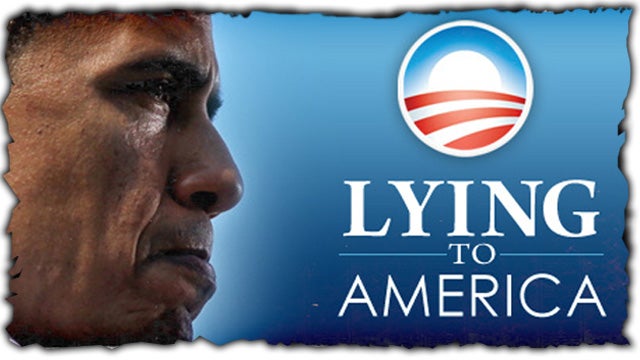 But the main reason Obama was elected was a bunch of people in this country, very distressed and fed up with the ongoing allegation that they and the rest of the country were a bunch of racists and bigots, and they believed that if they participated in electing the first African-American president, that they could do away with that charge. They could do away with that notion, that idea. I firmly believe that the vast majority, outside of the Democrat Party, the vast majority of white votes for Obama were made with that hope, that electing Obama would end this racial strife, or go a long way towards it.

And in that sense, I mean, that’s a decent thing to want. I mean, that’s a very credible thing to want. People are sick and tired of their country being called a home of racism and the vestige of slavery and all of that. “End it! We’re not anymore. Get over it.” What better way to disprove it than electing the first African-American president — and it didn’t work, did it? Why, racial problems only got worse. Rather than the American people making a mistake — ’cause I don’t think it was an election on policy.

I don’t think it was an election or health care or any of that, outside of the Democrats. I think the reason… There are many, but the overriding reason Obama got elected was race and the American people’s attempt to show everybody that the country isn’t racist and it isn’t bigoted. You know, having Oprah as the most popular and highly paid TV personality hadn’t done the job. It had not convinced anybody or enough people that we weren’t racist. But electing a black president? Why, that would do it.

But it didn’t, did it — and why not? Well, because race is one of the active cards the Democrats play in order to keep winning elections. So something I, your beloved host, predicted happened again and again and again — and it was this. Any criticism of the first black president was said to be nothing more than white supremacist racism. Even though… Even though a majority of white people had voted for Obama.

You couldn’t criticize him. That was racist, and this just opened the racial divide even more. The idea you can’t criticize a president without being a racist? It backfired on everybody — and then and only then did people start getting a taste for Obama’s policies, and they hated ’em. They hated his Porkulus spending bill. They despised Obamacare and the way it was rammed down everybody’s throats. They hated the fact that he ran around the world apologizing for America and seemed to want Iran to get nuclear capabilities.

If the Republicans had put up somebody electable in 2012, he could have been beaten. This is a long way around telling you I think the American people were brilliant in 2016, and I think the Washington establishment knows it and is scared to death of it happening again. They publicly say that the people who elected Trump are a bunch of hayseed hicks, deplorables and so forth. They know the exact opposite, and they can’t figure a way out. They can’t figure a way to distance Trump from his voters. They can’t drive that wedge — and they’re still trying. 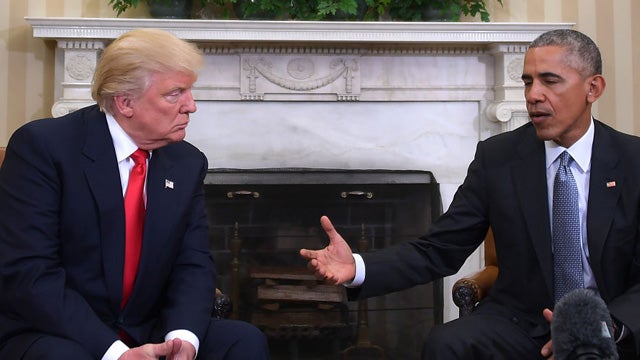 Not even the threat of impeachment worked.

It’s backfiring on them.

It’s making Trump’s supporters cling to him even more!