CALLER: Hi. How are you? Thanks for having me. 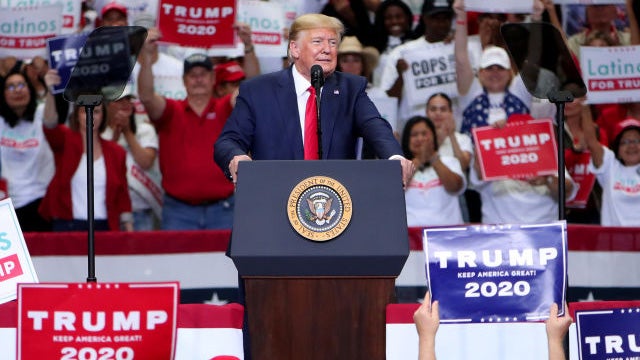 CALLER: I was gonna tell you, I was at the rally last night, and it was absolutely incredible. Unfortunately, we didn’t make it inside, which is totally okay, but the crowds were massive outside. It was an experience for sure. Like I was telling the guy that answered the phone, seeing the motorcade was like the highlight of the entire thing for me. You know, they blocked off the roads and then everybody was wondering what was going on. And the next thing you know the motorcycles were going by and Trump goes by. And everybody’s just so thrilled and excited. And, you know, most of these people didn’t even get to get inside but that moment right there probably (crosstalk).

RUSH: Did you hang around outside and watch it on the big screens?

CALLER: We did for a little bit, but it was really hard to hear. (chuckles) So we just left and we found a restaurant that was playing it so we got to listen to it.

RUSH: Oh, okay. So you found a place to watch it, is the point. You didn’t cave and go home and watch Jeopardy!

CALLER: (giggling) No. No, we didn’t do that. We hung around. I mean, it’s an hour-and-a-half drive for us, but it was totally worth it.

RUSH: Why? Where did you come from?

CALLER: Tyler, Texas, which is about… It’s East Texas.

CALLER: But there were people… You know, you talk to all these different people. There were people who drove from Lubbock, which is a good four hours away, and they were like, “We are true patriots; we wanted to be here.”

RUSH: No, I understand. I have been to a Trump rally. I know exactly what you’re talking about. I want to take something… Misty, thank you for the call. I want to take something that she said here. Some of you might be smirking about it; I don’t know. She said they’re outside, tried to get in, couldn’t get in. Then in the general excitement, there was some mayhem, and all of a sudden there were sirens. And then the blockades got moved, and then here came the motorcycles, and then all of a sudden, there was the limousine, the presidential limousine.

There was Trump in the limousine, here comes the motorcade, the caravan. There it goes! She describes how exciting just seeing that was. And you know ,that’s how it used to be. Whenever the president went anywhere, that was the reaction people had. I’m just making a nostalgic point here. It has no relevance to today. I’m just saying, the president, when he showed up anywhere, the motorcade, didn’t matter. Whatever you saw, it was that special, it was that unique. Most people didn’t see the president on TV 24/7. 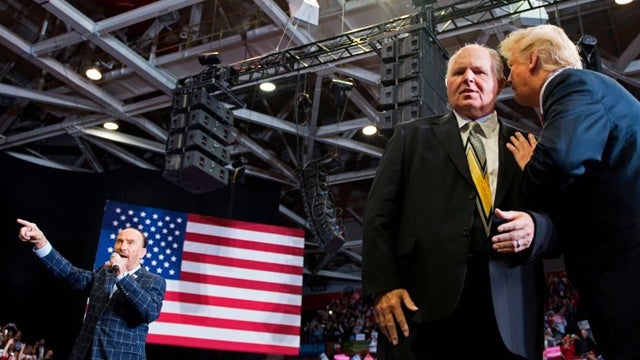 I remember the first time I got to do something like this was the Barry Goldwater campaign 1964. He was on a whistle-stop train tour, and my mom and dad told my brother and me, “We’re taking you out of school tomorrow. We’re gonna go over there and we’re gonna watch Goldwater’s train go by.” It was over in Illinois, and that was great. I hated school. Anything to get out of school. And we got over there, and we got close enough to see the train go by, and Goldwater back there at the end of the last car waving to everybody as the train went by — and there were mobs of people.

Goldwater ended up losing, of course, with a landslide — and he wasn’t even president, he was just a candidate — but it was a special thing. And when the president goes through or went through, when the motorcade was passing, it really was… People had this reverence for the office that whenever the occupant went by, it was, “Stop what you’re doing and notice,” and it was in the era where seeing anybody was special and unique. 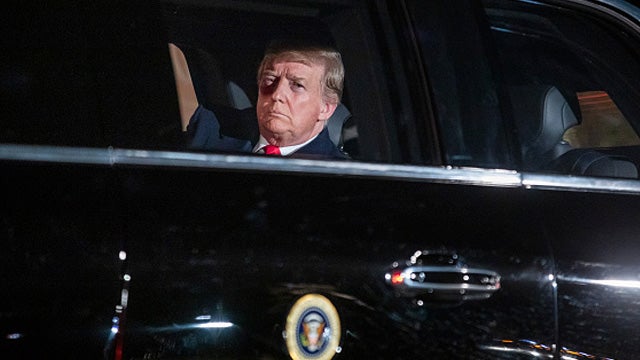 They weren’t on TV all the time. There wasn’t 24/7 TV, of course. So there was a lot of mystique surrounding public figures, presidents, “most powerful man in the world.” All kinds of mystique. The only time you ever did see the president was on the evening news, unless you lived someplace where he happened to show up to make a speech, but it was always a big deal.

It was always an exciting thing. I think her reaction here is kind of interesting in that you wouldn’t expect that. If you watched the news every day, you would expect people showing up flipping off the caravan. You would expect people showing up throwing cans of rotten tomatoes. That’s what the media leads everybody to believe people think of Trump. The disconnect is huge. I appreciate the call. Misty.