Why Didn’t We Know Elijah Cummings Was Sick?

RUSH: The noted congressman from Maryland (the Baltimore area, the inner city and part of the suburbs) and chairman the appropriations committee, Elijah Cummings — a former chairman of the Congressional Black Caucasians — passed away overnight. His family said that he passed away around 2 a.m. He was at Johns Hopkins Medical Center in Baltimore. Now, is it just me, or were you surprised? Did you know that Congressman Cummings was sick? I didn’t. Did you know he was extremely sick? 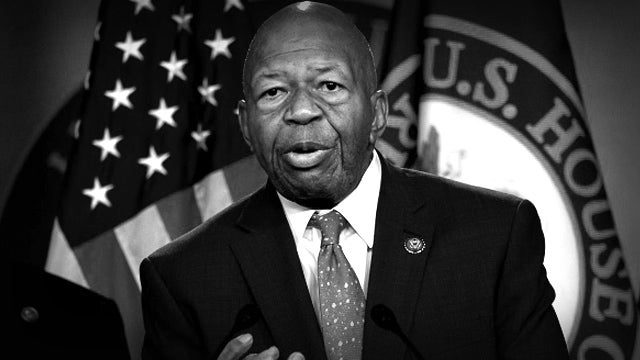 Here’s a story: “Cummings’ office said in a brief statement that he died ‘due to complications concerning longstanding health challenges.’ Cummings had been in ill health the past few years, navigating the Capitol in a motorized cart and using a walker.” I had no idea about any of that. Now, a lot of people did. I mean, you can’t tool around the Capitol on a motorized cart or a walker and not have everybody know.

But they kept it under wraps, not surprisingly. But amidst all this talk that “Trump’s unfit, Trump had a meltdown, Trump’s sick, Trump needs to go,” does anybody besides me think that maybe somebody should have known about this? He’s chairman the appropriations committee. Maybe not. Who knows? Just a member of Congress, not president. At any rate, RIP Elijah Cummings.

RUSH: I have a story here from the U.K. Independent. Headline: “Elijah Cummings ‘Signed Subpoenas from His Hospital Bed’ for Trump Impeachment Before His Death — Maryland Democrat also helped lead Democratic caucus conference call.” This man was so committed! He was so good, he was so committed that on his deathbed — seconds before he passed away — he was signing subpoenas for Trump’s impeachment.

“The chairman of the House Oversight Committee was signing subpoenas from his hospital bed, one aide told the New York Times.” Good… Lord… What else? There’s another… We were told some famous Democrat died and they were doing something at the very moment they passed away. It was sick. Something political. I can’t remember. It’ll come to me. So this is how they want Elijah Cummings to be remembered: He was so committed — he was so committed to getting rid of Trump — that he was signing subpoenas for impeachment at the very moment passed away!