Donald Trump Isn’t Worried — And You Shouldn’t Be Either

RUSH: I know Trump. Trump’s not gonna sit here and leave any of this stuff to chance. Look, he’s got a rally coming up. He’s gonna be in Dallas. They already started lining up yesterday for it. It’s gonna be another very upbeat and positive, effusive, charismatic event in stark contrast to this Democrat funeral that they called a debate two nights ago. Trump isn’t worried about anything — and let me tell you something about human nature and psychology. You can only act for so long. You can only carry a stiff upper lip for so long. 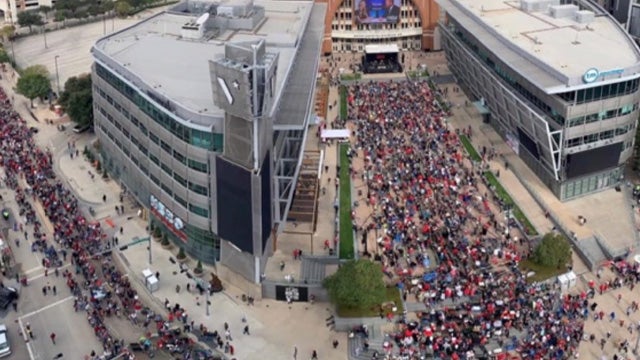 If you’re in a situation where the walls are really closing in on you and you know it — if you’re in trouble — you can only act like nothing’s bothering you for a limited amount of time. You cannot… I don’t care how good an actor you are. And certainly not somebody who’s essentially on TV 24/7 like every president is. But, yet, Trump, I guarantee you, is acting like nothing bothers him. What I’m saying is, this goes beyond acting. You can’t watch Trump is one of these rallies and not marvel.

You know, we watch this stuff; we get mad. Trump’s our guy; so these are attacks on us. We wonder how he’s bearing up. We think he’s be crumbling. We think we’d be, you know, crashing in the walls after all this. Then we see Trump and we wonder, “How’s he do it?” I think one of the reasons he does it is he knows he didn’t do any of this, and he knows these people don’t have anything. They haven’t had anything from the get go, and he knows he’s got the goods on those who did try to run this coup.

He knows all of this. You’re watching self-assuredness. Take a look. Watch the next Trump rally. You’re watching somebody extremely self-assured. You’re watching somebody, essentially, worry-free. Now, there are some people who are professional worriers. They live their lives in constant worry. (rubbing hands) They’re wringing their hands all the time and they’re just waiting for the next challenge or bad thing to happen. It’s a personality trait. Other people seem to be carefree. Nothing bothers them for whatever reason, and you end up maybe envying people like that.

It’s really a great thing not to be a worrier. But, you know, it’s a natural human thing. I think pessimism is a natural human thing. It takes effort not to be. That’s why people that write books or do seminars on positive thinking get rich, because most people are not naturally inclined to positive aspects. Most people just assume the worst is gonna happen or something bad’s gonna happen, and they steel themselves for it or prepare themselves for it. (chuckles) I know people who have gotten married who are just convinced it isn’t gonna last 10 years.

Guess what? It doesn’t. If you get convinced something’s not gonna work — if you’re convinced somebody’s gonna abandon you, leave you or something — it’ll happen. Trump portrays the exact opposite of all of this. Now, he may worry about things, but he doesn’t show it. He doesn’t bleed on the troops. But I can tell you, I’ve been with him enough times and in different sets of circumstances that he is not a worrier. He gets mad at people lying about him as anybody would, but he’s not worried about things. 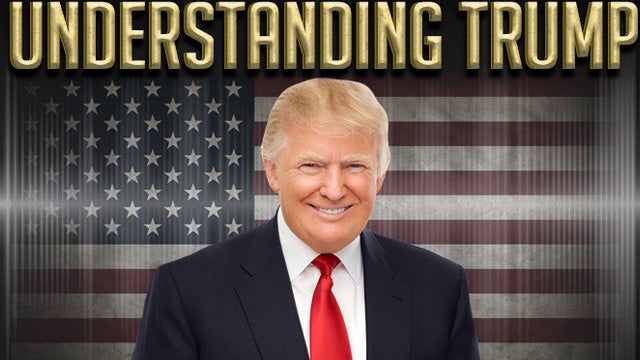 But I think in this case it’s also substantive and not an act because of what he knows about these efforts to get him and the people behind it and what they did and the fact that it’s gonna come out. I’ll tell you something else that helps him get through, folks. Never misunderstand this, either. He knows that you are out there. It’s not a one-way street with him. He doesn’t sit or stand wherever he is and marvel at how you stick with him. He’s appreciative of it. He has a constant appreciation for it, and I think that sustains him as well.

You know, we’ve had a couple people call here in the last couple of weeks who want some sign of that. We had a guy call (impression), “Trump needs to do a national press conference. He needs to go on TV from the Oval Office and he needs to tell us to hang in there. He needs to tell us everything’s okay. We’re getting beat up out here! We’re losing friends! We’re losing family members!” Remember this guy? “We’re losing loved ones over this. Trump’s gotta tell us it’s worth it.” He knows. He knows the price some of this is costing you. He’s very appreciative of it.