The Torch Says Biden Is Toast

RUSH: Stand by 7, stand by 7, sound bite 8. “Ukraine’s President Says He Never Spoke to Giuliani — ‘I want to tell you that I never feel any pressure and there are very many people in the West and in Ukraine who would like to influence me,’ Zelensky said,” in an interview with “Bloomberg. ‘But I am a president of independent Ukraine and I think that — and I hope my steps demonstrate this — it is impossible to influence me.

“‘I have never met Rudy Giuliani. Never. And never had any phone calls with him.’ Zelensky also reiterated that he was not under pressure from Trump to investigate Biden,” that there is nothing to any of this. You all remember “The Torch,” Robert Torricelli, former senator from New Jersey? He got involved in some corruption, and Bill Clinton told him that if he knew what’s good for him, he would just slink away and be done with it for a while.

Well, they brought The Torch back to Fox News on American Newsroom. Bill Hemmer was asking him about impact of Hunter Biden’s deals on China and Ukraine on Joe Biden’s presidential campaign. Hemmer said to The Torch, Bob Torricelli, “China is the next chapter in the story after Ukraine. Now, based on what we’re hearing, China could possibly involve a lot more money with Hunter Biden than even Ukraine.” 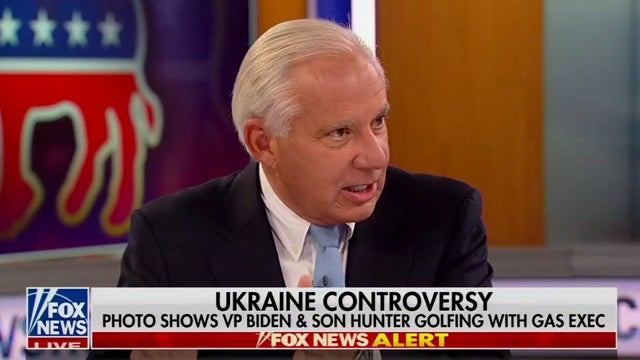 TORRICELLI: This is a painful thing for anyone who served in the Senate because I — I like Joe, and I think he’s a very fine man. I think he served his country amicably. But some of this is inexplicable. I’m sure he set up a wonderful relationship. Nobody has a son is paid $50,000 a month in something which he has no experience, no background, and you don’t discuss it. Do we want to spend the next year discussing Hunter Biden and his consulting contract, or do we want to talk about national security, the debt, health care policy, education policy?

TORRICELLI: And the Democrat primary electorate is gonna say, “This is not the conversation we want to have.”

Let’s go back to one of our classic, classic EIB montages involving Bob Torricelli. This goes back to April 18, 2001. This is a montage of Senator Torricelli, the guy you just heard. It’s a press conference where he denied corruption charges. What we did is, after every denial, we inserted cut-ins of a lawyer for the guy who had corrupted Torricelli, Brad Simon. This is not Torricelli’s lawyer. It’s the guy who tried to buy Torricelli. It’s his lawyer documenting what Torricelli did while Torricelli is denying it all…

TORRICELLI: To challenge my integrity is beneath contempt. I do not deserve this treatment.

TORRICELLI: I have never. 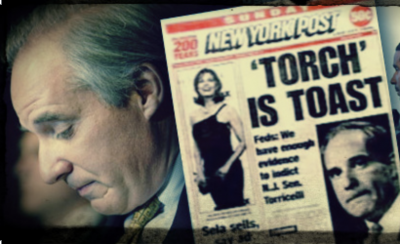 TORRICELLI: At any time.

SIMON: — approximately 14 deliveries of envelopes of cash to Torricelli’s house.

TORRICELLI: To betray the trust of the people of the state of New Jersey. Never!

RUSH: He did that on the way out — and, of course, it was Bill Clinton who was the Marlon Brando, Mario Puzo of the Democrat Party. (impression) “Hey, hey, hey, hey, Torch! (chuckles) If you’re gonna have a future in this party, you know what you’re gonna do, pal? You gonna go away, you gonna say bye-bye. You can’t infect the rest of us with this kind of stuff, Bob. People like me can get away with it, ’cause people like me. They don’t like you, Bob.

“They never have, never have, except people in New Jersey. Outside of that, you got no friends — and if you doubt me, go call Andrew Cuomo. I had to tell him the saaame thing, Bob. He listened. He listened. See? See? He came back. He’s governor now. He’s got that dumb brother, but still, he’s governor. The same thing can happen to you, Bob. You may end up on Fox News someday if you pay attention to what I’m telling you.”

Lo and behold, here’s Torricelli on Fox News today weighing in (laughing) on Biden! Throw that picture up. Biden claims that he doesn’t know about what his son was doing in Ukraine. Put it on the Dittocam. Here’s a picture. We’ll put it on RushLimbaugh.com. That’s the Ukraine oil executive, the Burisma guy, on the left — and that’s Biden and his son on the right! 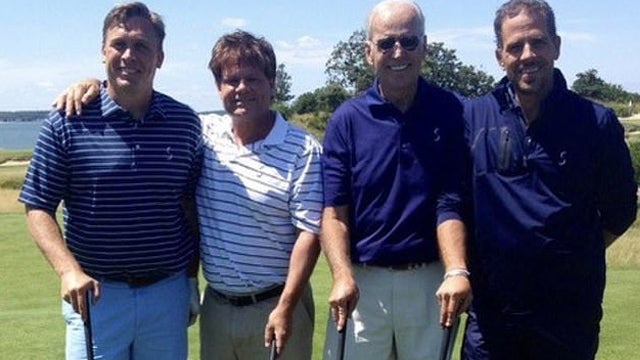