Michael Bloomberg Can’t Be This Stupid

RUSH: Now, I heard something, saw a couple of videos. I normally don’t watch videos for a host of reasons. I won’t bore you with why. Basically, I can read faster than I can watch a video. “Rush, you gotta see this video.” Please just send it so I can read the transcript. I can learn it much faster without having to watch it and find a place to run it and so forth. But I realize most people are visual. I’m not.

So, I endeavored to watch this thing, and it was incredible. How many times have you heard the name Michael Bloomberg mentioned as a Republican presidential nominee that will be great? Oh, come on. You hear it all the time from people inside the Beltway, the media throws his name out, “Bloomberg, he’d be so much better than Trump.” And I have never understood it, other than the guy is a billionaire.

This is the guy that reduced soda sizes in the city where you can do anything you want because you don’t know what’s good for you, your super slopper, super slurper, whatever it was, is 15 ounces too big. So he issues an order mandating that the largest size you can buy is 10 ounces or whatever it was. I said, “This guy is brilliant?”

You know, the things that go into creating reputations about people have always fascinated me. ‘Cause I don’t see evidence of some super smart intellect, some unique political character here that would be a great benefit to the country.

The left has got so many lamebrain, stupid billionaires, it’s a crime. Tom Steyer? How much money has this guy wasted trying to get Trump impeachment, then trying to stop climate change? Anyway, Firing Line was a show hosted by William F. Buckley back in the old days on PBS. When Mr. Buckley passed away, the show went dormant. But as a franchise, it remaimed. PBS then revived it a few years ago, and they went out and got an infobabe named Margaret Hoover to host it, who’s ostensibly a Republican. 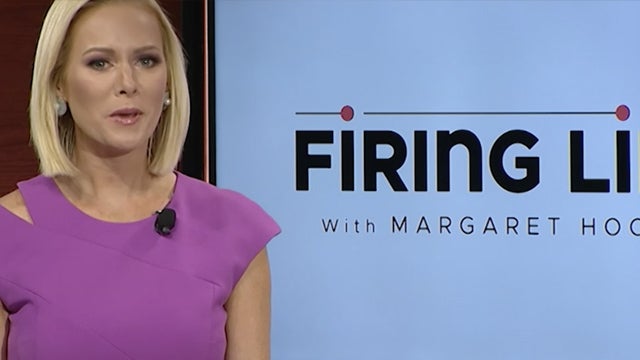 So she got Bloomberg on as a guest on the most recent issue. I’m not even going to characterize this before you hear it. I’m not gonna set it up. I’m not gonna tell you what to listen for, because I don’t have to. First sound bite, first question: “Even if we get to net zero carbon emissions and we’re doing our part, how do you get China and India and other countries to join us here? Because they are far greater polluters than we are.”

BLOOMBERG: Yes, they are. But they are now moving plants away from the cities. The Communist Party wants to stay in power in China, and they listen to the public. When the public says, “I can’t breathe the air,” Xi Jinping is not a dictator, he has to satisfy his constituents or he’s not going to survive.

HOOVER: He’s not a dictator?

BLOOMBERG: No, he has a constituency to answer to. No government survives without the will of the majority of its people.

RUSH: My friends, I’m sorry, but this is just… there’s no other way to say it, this is stupid. This is ignorant. I don’t know how to characterize this. There is no communist leader that cares a whit about — he doesn’t have constituents because he’s not elected! He doesn’t run for office. He doesn’t give a damn about public opinion! Ask the Uyghurs, asking the Mongols, ask anybody in that country who is not a communist. Ask them about the reeducation camps they get sent to for the rest of their lives.

For crying out loud. This guy is no different than Fredo Cuomo! When he saw how bad it was in Cuba, Fredo Cuomo said, don’t these communists know that you gotta improve life and make it equal for everybody? How does this happen? How does somebody like Michael Bloomberg end up with this massively large financial business network, accumulate and accrue massive billions of dollars thinking stuff like this? 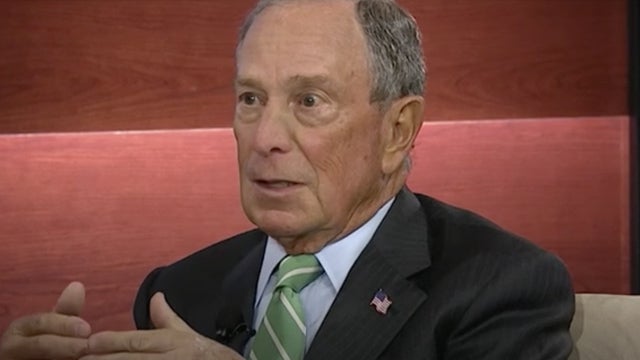 They’re still burning coal, and here he is making an excuse for it! “Well, yeah, but, see, they’re not burning it in the cities.” So? Coal is destroying the climate, right? So it doesn’t matter where it’s burned! But, see, this guy thinks that he cares about his people. Xi Jinping, he will only pollute the trees, he will only destroy the countryside. He will not burn coal in the cities because his constituents have told him that they won’t put up with it.

His constituents are slaves! Citizens in communist countries are slaves! The Communist Party wants to stay in power, China, they listen to the public? They do not! He has to listen to the Politburo, which is a collection of guys, maybe 50 to a hundred in number, he has to answer to them, but do you know what Xi Jinping did two years ago? And this was reported widely for everybody to see and learn.

Xi Jinping consolidated politburo power into him and himself only. He is the supreme leader a la Mao Tse-tung. He answers to no one! Least of all, the Chinese people! He doesn’t have constituents. He’s gotta satisfy his constituents or he’s not gonna survive? I don’t know how to characterize how dumb this is, beyond saying that.

BLOOMBERG: That’s ridiculous. They are very responsive to it. The trouble is, you can’t overnight move cement plants and power plants just outside the city that are polluting the air and you have to –

RUSH: What in the world is this?

BLOOMBERG: — have their product. So some of it takes time and there’s always in government, even governments that aren’t what we would call a democracy, there’s lots of stake holders who have vested interests.

RUSH: This guy’s obsessed with where the coal plants are. It takes a while to move these polluting coal plants out into the country so that all you’re polluting is the countryside and not the cities. He’s not this stupid. Nobody, nobody is this stupid to think communism is the equivalent of democratic or representative republican freedom. That’s exactly what he’s saying there.

RUSH: It’s just incredible to say something like this about the ChiComs, to go on national television and try to make the case that Chinese communist leaders have “constituents,” that they serve at the will of the people and that the people can get rid of them! He said, “No government survives without the will of its people.” The Soviet Union lasted 75 years with its citizens as slaves. The ChiComs are celebrating their 70th anniversary today, and how did they do it? By shooting a Hong Kong protester.

Now, all of this is designed to make communism acceptable. It’s all designed to make communism not be threatening. It’s all designed to advance the idea of really smart people controlling government — who are really autocrats — under the illusion that they have constituents that they have to listen to and keep happy and pleased. I think Bloomberg sounds a lot like Biden. Remember Biden said a couple of times, “Come on, man! China’s not a threat to the U.S.! Come on, man! China’s no threat!”

(chuckles) Not to him! They’ve made his son wealthy for the rest of his life, which means that Plugs’ life has served its purpose, if your job as a parent is to set your kids up for life.