CALLER: Good afternoon, Rush. I’ve been a big fan since my dad gave me a copy of See, I Told You So back in the early nineties.

RUSH: Well, thank you. I appreciate that.

CALLER: Thanks for taking my call. I’ve really gotta finish this Greenland purchase that Trump got really made fun of for in the media. I see Greenland as being our 51st state. I think it’s a very easy purchase to make. We can make them an offer they can’t refuse. Basically, give Denmark zero. There’s a reason 58,000 people that live in Greenland. Denmark gets nothing. We can give every citizen, man, woman, and child in Greenland one million U.S. dollars cash — that’s $58 billion — and they become a state. The natural resources would be into the trillions. We could even give them residuals like we do Alaska. I mean, we could give them all a $50,000-a-year cut of what we take from there. 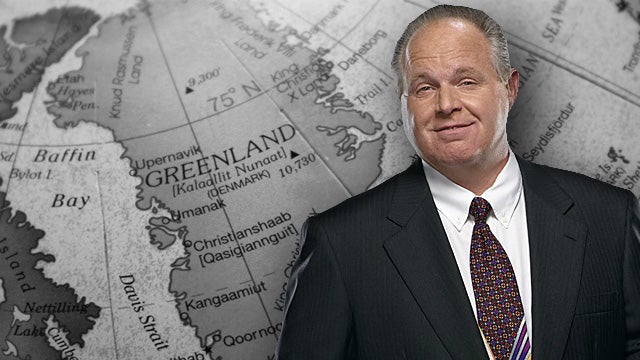 RUSH: Now, wait a minute. Wait a second. We have to rephrase this. Nobody… There isn’t a soul in the world who is gonna support doing this if you position this as giving everybody in Greenland $1 million. I guarantee you that those people in the camps at the illegal immigrant concentration camps are gonna want some, and then the people at LA homeless centers are gonna want some. I know what you’re talking about: The purchase price, if it were spread around — if we buy it for $58 billion — then everybody lives there could get a million bucks. Why do you think there was such opposition to this when Trump floated — Greenland’s still floating — the idea?

RUSH: They’re not fossils. These are fuels that are continually made in the earth by nature. This is not dinosaur fossils that we’re burning up.

RUSH: You’re exactly right about that, by the way.

CALLER: Yeah. Sorry about that. The lingo just permeated me. But there’s so many resources in Greenland. You know, and Greenland has an autonomous rule. You know, Denmark does not rule Greenland. Technically, it’s a welfare state. You know, Denmark gives them three, $4 billion a year to float their GDP. You know, only 10% of Greenland’s citizens are actually citizens — or (unintelligible) Danes, you can call them — most of them are Inuits and, you know, pardon my language, you know, Eskimo-type, you know, natives. You know, if you handed those people a million dollars —

RUSH: Wait a minute. Why did you apologize for calling them Inuit Eskimos?

RUSH: Who do you think you’re offending?

RUSH: Well, ’cause that’s what they were.

CALLER: — half a million Democrats offended.

RUSH: Screw them! They gotta learn to take a joke — and it’s not a joke. What he’s talking about here, folks, is how much money Denmark gets from their ownership of Greenland, and it’s not much. He’s making the case that Denmark is not benefiting from this. So, Trump floats the idea of buying Greenland, and there is this outrage throughout the Drive-By Media. There was double outrage by many little tech bloggers that I follow. (interruption)

That’s the only thing they saw in it. It’s amazing! It is amazing the way these people have been conditioned to think. I’m glad you called out there. (interruption) At one time it was. (sigh) At one time, you know, back when the earth was warmer than it is now, that was one fertile place. Why is Iceland not Greenland and why is Greenland not Iceland? Iceland is green. Greenland is not. It used to be. The earth used to be a little warmer than it is, and it used to be a lot colder than it is. The earth has gone through many, many, many such changes.

(interruption) “Can humans survive with warmer temperatures?” Hell, yes, they can! People living in Russia will be celebrating. Why do you think there’s so much vodka in Russia? It’s how you get through the winter! Everything in Russia is gray. I mean, that’s all they’ve got to do, drink Stoli. Damn right if the world got warmer, we could survive. We would grow more food! There would be all kids of benefits to it.

But the climate change people have got people believing that if it gets warmer (sigh) we’re all gonna die, and that all kinds of weather is gonna become constantly extreme. The earth has been warmer than it is, it is been much cooler than it is. People adapt. Why would people still live in north Alaska in the winter? But they do. Why would people do it? They don’t have to now. Nobody has to live in Greenland. If they want to get out of there, they can go anywhere in the world now. But they don’t. Why do they stay there? They found a way to adapt to it. It’s their life.

By the same token, people in equatorial Africa or the equatorial South Pacific, why the hell do they stay there and roast? Why don’t they go to Alaska? Because they’ve found ways to adapt. It’s their home, they found ways to adapt. It’s not anything out of the ordinary. The earth has been warmer than it is; it’s been cooler than it is. It’s gonna get warmer than it is now, and it’s gonna get cooler. But cycles takes thousands of years, not the human life span.

So we’re never around to see it. But you can see evidence. Go out to Arizona. Go out to Arizona and stand among the mountains, you can see where those mountains were at one point underwater. They were in the ocean. Arizona used to be the ocean floor in the old days. I mean, very, very old days. You can see it. You can see the striation lines, and if you’re with the right people that can teach you about it, it makes perfect sense once you have an educated person explaining to you the history of all this.

And they’ve tested, they know the age of things. So you’re out in Arizona, wherever you want to go, and you have somebody explain all this to you, and you stop and think, where I am right now used to be the ocean floor. You can’t conceive of it.

“Well, where was it when it was on the ocean floor?”

Well, it was about where Hawaii is now. 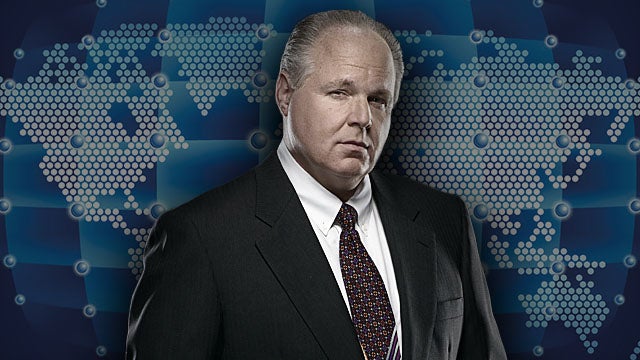 “No, it can’t be.” Well, I may be exaggerating a little bit, and it might have been right where it is, but this used to be really underwater. And we can’t conceive of it. And there’s no amount of man-made activity back then that made that happen. Human beings, life forms, whatever they were, had to adapt to it all as it was happening. We humans have more adaptability than any other species. They don’t even think about it. They just instinctively adapt.

We can think. We can plan. We can deal with unexpected emergencies and this kind of thing. And that’s what we have to teach. You have to talk about the greatness of humanity, the brilliance of humanity, the opportunity of humanity, instead of portraying us all as helpless victims, powerless to do anything that might — which is the exact opposite of what we are.

That’s why I cringe at this whole climate change business. We’re portrayed as a bunch of — at one point we’re helpless and we’re going to be killed. On the other hand, we’re causing it all. How do those two jibe together?