Female Voters on Why They Support Trump

RUSH: We have a suburban woman from Hudson, Wisconsin, with us. This is Karen, and it’s great to have you with us. Hi.

CALLER: Hi, Rush. It is such a pleasure to speak to you today.

RUSH: Thank you. I’m glad you got through.

CALLER: Yeah! I was shocked. I’m a first-time caller. I called a couple times, and it was a busy. And then I called the sixth time, and the phone rang, and I was shocked. So, yeah. I am a suburban woman from Wisconsin. I live in Hudson, Wisconsin, which is actually a suburb of the Twin Cities. We’re just over the river from —

CALLER: — Minneapolis/St. Paul. I am actually a California transplant. I moved back here five years ago from the Silicon Valley. I am from San Jose. And I support Trump now even more than in 2016. I have to say, I was not a big Trump supporter when — I was like, “Well, I guess I could vote for him.” Now I am a much more supportive Trump voter because of what I’ve seen him do with the nation.

RUSH: You see, this is what — pardon me for interrupting. This is what I think the real story is. What I think they are missing out there — and they’re doing it on purpose — is how many more people probably support Trump and the people that voted for him kind of warily in 2016 are now more all-in. I think it’s trending the exact opposite direction the media wants people to think. I think you are exactly right. What did you say is the reason that you have solidified more so for Trump?

I remember when Obama was in the presidency and storefronts were closed. And he has done wonders with the economy. You look at the stock market. You know, he’s trying to get the wall built. And when you were talking recently to somebody, I think it was the first gentleman that spoke, and he was talking about his wife and why she would support Trump. And, you know, we don’t want to support Democrats. That’s not even an option.

But in 2016, I didn’t want to vote for a Republican. I didn’t like anybody that was up there. And my first guy was Ben Carson. That’s who I wanted. And when Ben Carson dropped out and supported Trump, I had so much admiration for Dr. Ben Carson that I thought, you know what? Here is a black man who grew up in Detroit —

CALLER: — in an impoverished area —

RUSH: Hey, Karen, I’m out of time. I’m sorry. The break doesn’t float. That is great. This is how things actually happen out there, not manufactured by the media. This is real.

CALLER:  Hey, Rush.  Really, I just wanted to talk to you about the comment about grabbing that Trump made and why women are not particularly bothered by it, and the reason is Trump said, “some women.”  We all as women know who those women are. We’ve met them we’ve got relatives that are like them. We have got friends that are like them.  They’re only interested in the richest man in the room and they will throw themselves at them, and we’ve seen it.  We weren’t offended because Trump wasn’t talking about us.  He was talking about some women. And every rich man I know knows who those women are, and they’ve seen them, and they’ve experienced them.

RUSH: He comes out of the trailer talking to Billy Bush, and he’s talking about being a star and the kind of women that are attracted to big —

RUSH: — famous stars and what he has found that those women will tolerate and let you do?

RUSH:  So you’re saying that other women, women who are not those, they understand this full-fledged? They didn’t think Trump was talking about all women or them, is that right?

CALLER:  No, absolutely.  I never took offense to it one moment, ’cause I’ve worked in bars. I’ve seen famous football players. I’ve seen women walk up to them and grab their hands and place them in places that I’d never do.  I never thought for one minute Trump was talking about me.  I was thinking, “Yeah, I know exactly who you’re talking about.”  We all do.  All women know who those women are and we steer clear of them.  So why would it offend us when we knew he wasn’t talking about us?

RUSH:  Well, they were!  They were really appalled by it.

RUSH:  Okay.  So using your theory when Trump talks about rat-infested Baltimore, there are people that know that there are rat-infested places and so he’s right?

CALLER:  Exactly!  No, I mean, I don’t know anyone that would hear the word “infested” and think of black or brown people other than racists (crosstalk) the Democrats. 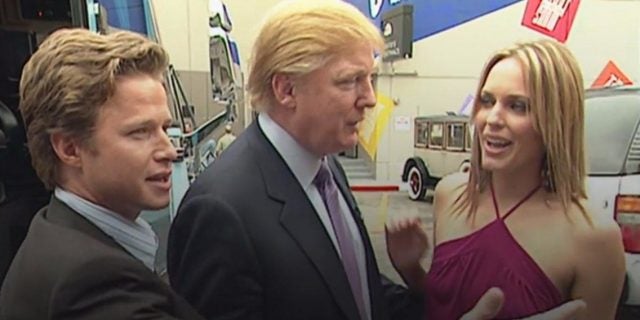 RUSH:  How did somebody with a British accent end up in Bentonville, Arkansas?

CALLER:  I actually came over here 13 years ago, and I was a liberal, and I was driving on a different side of the road with a different car without gears, and the only radio station I could get was yours.  I had no idea who you were, had no preconceived ideas, and I just thought, “Who the heck is this guy?” You just said it like it is, and I really enjoyed you, and you turned me around.

RUSH: I’m so happy to have a woman like you — and there are many of you — in this audience.  I cannot tell you how much, ’cause you’re brimming with common sense, and you think, and you’re not programmed to be constantly enraged and angry.  I love it.  Thank you very much very much out there, Jenny.