RUSH: Back to audio sound bite number 1. I mentioned earlier that one of the theories I have about Trump singling out The Squad is that he is attempting to unify the Democrats with these four becoming the face, if you will. And Bret Baier decided to run that sound bite, this theory of mine, by some of his guests on the All-Star Panel last night. Here’s how he set it up. 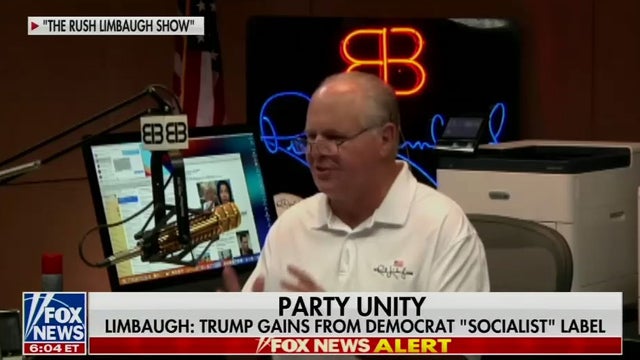 BAIER: Rush Limbaugh today took a different tack on that same kind of — talking about the rift between Nancy Pelosi and these four lawmakers, take a listen.

RUSH ARCHIVE: I don’t think Trump likes the rift. I think Trump wants the Democrat Party to become known as the Alexandria Ocasio-Cortez, Green New Deal socialism party. I think he wants to hang that label around all of them. And for that to happen they have to be unified.

RUSH: I admit, it was a unique theory. You didn’t hear it anywhere else, and I did espouse it yesterday. Remember, now, the conventional wisdom is that Trump screwed up because they’re in the middle of this battle, these four up against Pelosi battling her for control of the party. She’s insulting them, they’re calling her a racist, Democrats divided. That seemed to be a natural thing to want to promote.

Then Trump comes along and steps into it and unites them against him! And I said, “No, no, no, no, no, what Trump is doing is perhaps letting everybody know just who the Democrat Party is, and it’s not Pelosi, it’s these four.” So he plays that sound bite and then goes to his All-Star Panel to see if there’s any agreement or disagreement. Up first is Brit Hume. 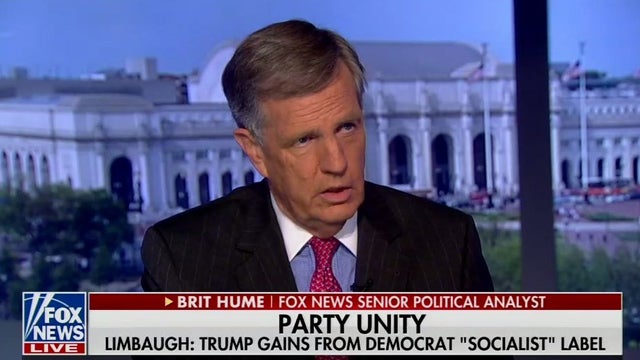 HUME: That’s one theory of it. I think it’s a little too clever by half. I’m not sure that’s the effect it’s gonna have. Look, I don’t think these people have a sympathetic agenda, these four, and I don’t think, to much of America, they are very sympathetic characters.

And I think that, you know, in that sense if this drives them into Nancy Pelosi’s arms, his theory may have some water. But I’m not sure at all that that’s what’s gonna happen. The other thing about it is that, of course, Trump’s remarks were so blunt, so crude, so xenophobic, so nativist, that it opens up the charge that he’s a racist.

RUSH: All right. So Brit Hume basically thinks that there’s no way that my theory could be true because Trump’s not smart enough to concede it. No way, that ain’t gonna happen, I think that’s too smart by half, too clever by half, Trump couldn’t put something like this together, are you kidding me?

And now he thinks that Trump has inadvertently unified the Democrats with his remarks, blunt, crude, xenophobic, nativist, it opens up the charge that he is a racist. Then later Bret Baier went to Chris Stirewalt, who’s the political director at Fox News, and here’s that bite. 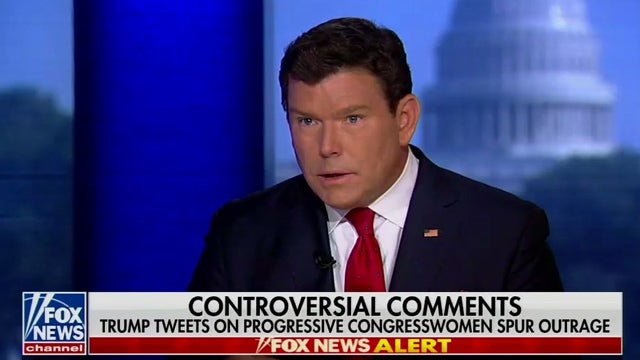 BAIER: Rush Limbaugh mentioned this earlier, that we played the sound bite. What about that, the embrace that will happen of The Squad by Nancy Pelosi and everybody else.

STIREWALT: Well, they will be empowered. In our current, terrible political culture, victimhood, as the president demonstrates himself, victimhood is the greatest currency. The best thing that you can be in American politics today is a victim, that you can claim grievance. They have grievance to claim, this gives them clout. Now they get a reset, they get a do-over now. 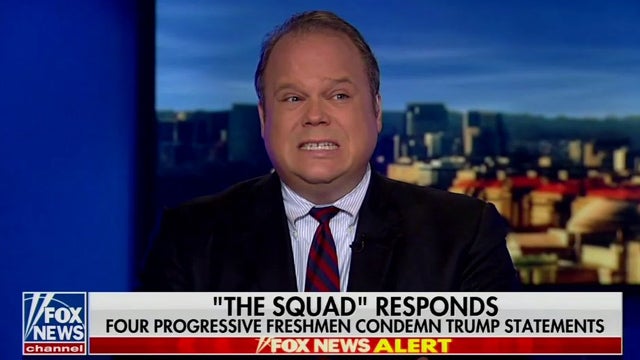 RUSH: In the political system there’s no doubt, but how does grievance play with the American people? You know, everybody is relying, the Democrats, the media, everybody’s relying on the politics of grievance being accepted by a majority of the American people. Understanding the grievance, feeling sympathetic for the grievance, feeling sorry for people, and thus accepting Ilhan Omar and Alexandria Ocasio-Cortez and Tlaib and the rest of them.

I have no doubt, the Democrat Party has become the party of grievance, the party of victimhood. Stirewalt believes this is gonna launch them to victory because there’s no greater currency than being a victim and especially being a victim of Donald Trump. We’ll find out, but I don’t know that that necessarily represents the majority of voters.