Snerdley Nervous as Storm Bears Down on New Orleans

RUSH: So Mr. Snerdley is very worried. We have a tropical storm out there, Tropical Storm Barry. You look at this thing on the map, the low-pressure area is nowhere near all of the coldest cloud tops. It’s really strange looking out there. All of the precipitation is significantly west of the low-pressure area. 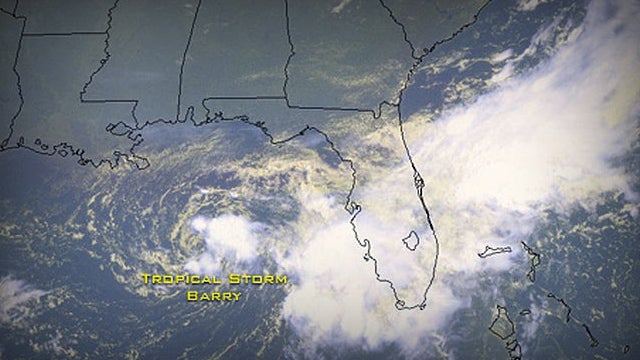 It’s not a hurricane. Tropical Storm Barry. And New Orleans is in the far northeastern range of the cone. There’s already some flooding in New Orleans. Bourbon Street is underwater. And Snerdley is very, very worried that if the Trump administration is not on this case it’s gonna be Katrina 2 all over, and then if that happens we’ll forget about Epstein. You will never hear Epstein’s name again.

And they might even cancel Mueller’s testimony in order to go wall to wall with how Trump failed New Orleans again because he is trying to get rid of African-Americans and get ’em moved to Texas or whatever they said when Katrina hit with George W. Bush.

I don’t think that the Trump administration is going to make that mistake. I think FEMA people are already lining up, getting everything in order since the flooding has already begun. And the governor down there, Bel Edwards, put out emergency calls already and so forth. So we’ll see.