H. Ross Perot, the Little Hand Grenade with a Bad Haircut, Dead at 89

RUSH: Ross Perot has died, folks. Eighty-nine years of age. And many people in the Drive-By Media today are saying that it might in fact have been Ross Perot that inspired Trump to believe that he could actually win. Ross Perot sought the presidency in 1992. His primary opponent was George H. W. Bush. There was a personal rivalry between the two that dated back to the Reagan administration. 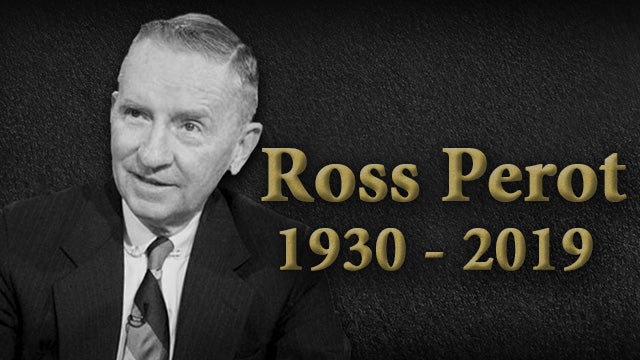 Now, the Perot campaign, just to relive a little history here, the Perot campaign — and, Snerdley, you’ll remember this — it was the first crisis and I don’t think there’s been one since — the first crisis between me and you in the audience. I told everybody to not get sucked into this. I was convinced that Perot didn’t intend to win, that he had some other agenda here. And I was later I think borne out as accurate.

I had no personal animus for Mr. Perot. In fact, I admired him a great deal. But I will never forget the early syndication partner, Ed McLaughlin — you remember him, Mr. Snerdley? We seldom had meetings, but he called an emergency meeting. He said, “We think you might be on the wrong side of the Perot thing.”

I mean, the audience was ticked off at me. And I was trying to tell everybody why I wasn’t getting sucked into this. I said, “You guys, this is personal. There’s something going on. And I’m gonna find out what it is.” And I did. “But I don’t think Perot intends to win this. If he gets close to winning it, he’s gonna drop out,” which he did. When he got to 19 points, he dropped out.

And remember what he blamed it on? He was mad at the media, did a hit piece on his daughter. Everybody gets death threats. That’s what he said. He didn’t care about death threats. He’s a guy turned on by death threats. I mean, the black helicopters and the tinfoil hat people were circling his estate. But he was brilliant. I mean, he had the same ability as Trump to reach people.

He’s one of the few, he likewise, like Trump, had established a genuine bond. Yeah, my nickname for him was priceless. “Little hand grenade with a bad haircut,” is what I called him. Little hand grenade with a haircut. At any rate, he had the bond with voters back then that Trump has. He came to the public eye via C-SPAN. Remember at the time CNN is it. There is no blogosphere yet. There is no mass number of websites. Those are just building out.

There really wasn’t a huge talk radio apparatus out there yet. It was still basically this show and a couple of others. But there was no alternative media. Perot got noticed on C-SPAN by making speeches all over the country to various economic clubs. And back then, you watched C-SPAN if you were a political junkie. That’s where you had to go if you were interested. What you watch Fox News for today or CNN or whatever, C-SPAN is what you watched back then.

Perot was all over it and he was lighting people up like Trump did. And I told my syndication partners, said, “Look, I can’t fake this. I just don’t think this is a legitimate candidacy for one –” but they didn’t care. “You’re losing your audience. You’re gonna lose advertisers. You’re on the wrong side of this.” I said, “Stick with me on this, ’cause it’s not the case.” And then later when Perot dropped — and got back in, by the way. But he did drop out — and I’ll never be convinced otherwise — he dropped out because he actually thought he might win it.

Remember he was in the ponytail guy debate with George H. W. Bush and Bill Clinton. And he owned it. He’s flying around doing rallies like Trump did. And his big tick back then, his big push was how wasteful the government was with money. It was spending way too much money, and everything was gonna be blown to smithereens if we didn’t get a handle on it. And he wanted to get rid of every government jet, for example.

He said (Perot impersonation), “You got rid of every jet, every jet, Larry, replace everything, you want your Lear 55s and we’re in fat city, Larry. We don’t have to be traveling around here in these gigantic Boeing nut jobs.” People were loving it and applauding it, going to wherever to find out what’s a Lear 55. (interruption) Yeah, that was his line, “You own this country. This country is yours.” 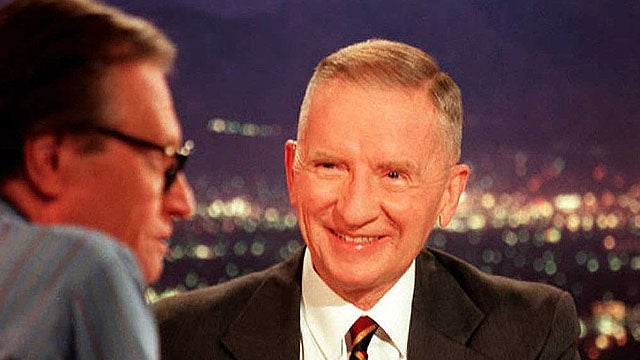 His favorite media guy was Larry King. Loved Larry King. He was the first anti-NAFTA. He came out — in fact, he set a records rating on CNN with a debate with Algore on NAFTA. The night after that I was — this is kind of funny too. The night after that debate — it was a Saturday night debate and it was on CNN, moderated by Larry King, and the next night was the 60 Minutes 150th anniversary of their show at the Metropolitan Museum of Art at the Temple of Dendur.

Of course, I was invited because they thought I would cause a blow up being put at Camille Paglia’s table. That didn’t happen. But during the cocktail hour Tom Brokaw is standing next to one of the statues, the Temple of Dendur thinking he looks like whoever’s in it, and he’s got the numbers from the debate the night before, he’s telling everybody, this damn thing got a 12 share. CNN had never had a 12, no cable outlet ever had a 12 in anything, and nobody could believe it.

It was the debate on NAFTA that had such high ratings. And that happened to be the debate where Algore referred to me as a distinguished American, the NAFTA debate. Those were amazing, amazing times. And Perot was an amazing guy. Very quickly, the problem — and I learned this from George H. W. Bush. Back during the Reagan administration when H. W. Bush was the veep, Perot was pro-military like you can’t believe.

His office had artifacts and memorabilia from every significant military conflict in the world. He was a collector. And a bunch of it was on display. He had a deep devotion to military people and particularly POWs. And during — I forget — I think it was the second term of the Reagan administration there was news that had hit that there had been a discovery of a number of alive American POWs in Vietnam.

And as I heard the story told, George H. W. Bush was entrusted with the responsibility to put together a plan of action to get them back, had to be done on the QT, and it was decided that as part of it being on the QT, federal money could not be used ’cause they wanted to keep it quiet.

So what happened was that H. W. Bush and some others reached out to Perot, since he was well known as a devotee of the military — is a billionaire, many times over — by the way, his investment portfolio was 60% muni bonds, in case you’re interested. And tax-free muni bonds. May be over 60%.

Now, there has to be more to it than that, but that’s probably enough. Anyway, the campaign of 1992 did come down to Perot trying to do damage to George H. W. Bush, which some people think he did. He was still on the ballot. Third-party. Of course that gave it to Clinton who won with 43% of the vote. Now, there was a lot of polling data analysis after the election that indicated Bush would have lost anyway had there not been a third-party candidate. 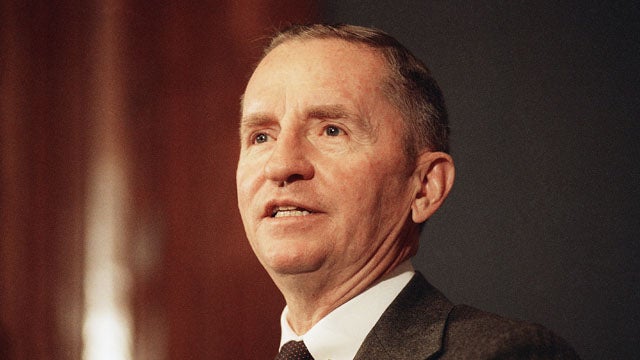 Now, I don’t know — back then it was believable, and it was not funded by Perot. But as far as Perot was concerned, it was mission accomplished. But later in his life, Perot just could not — and I want to soft sell this — let’s just put it this way, he was not a supporter of Obama. Very, very troubled. But his time in the public eye had passed.

Ross Perot was a genuine American. He perhaps in many ways was the definition of a real and genuine American. Fearless, I say “hand grenade with a bad haircut,” but he was one-of-a-kind, one-of-a-kind character. He captured the minds and hearts of millions of Americans in identically the same way that Donald Trump has, except he didn’t keep on with it.

Anyway, he passed away today at age 89. And some great memories just thinking about that one year, 1992. And the year leading up to it. He was on C-SPAN for a year even prior. I remember one day watching C-SPAN — remember Christopher Hitchens? The British journalist, regular guest on CNN, very outspoken, controversial for his day, very left wing, of course, on some things.

He was being interviewed. It was a regular guest spot on C-SPAN and when they went to the calls all anybody wanted to talk about was Perot, and he’d never heard of him. He didn’t know who Perot was. I mean, he knew Perot was a businessman in Dallas. He didn’t know anything about Perot, what he was doing running around the country making speeches on the wastefulness of the economy and American government out of control.

And I remember him saying at the end, “I’m gonna have to look into it, find out who this guy is, I’m totally taken blindsided by this.” It was a great illustration of how the inside-the-Beltway apparatus is totally unaware, and even was back then, of what’s happening outside the Beltway. They’re just unaware.

And it happened again with Trump. And they continue, they’re not even interested, even now they’re not interested in what’s really going on “out there.” They’re just interested in snuffing it out, just like this U.K. ambassador made clear the Brits want to snuff Trump out.