RUSH: We have an update on the vice president being called back to Washington. He was on the way to landing, getting ready to land in New Hampshire. It was an event to give a speech on the opioid crisis. (This is a crisis.) A Fox News report on what happened… 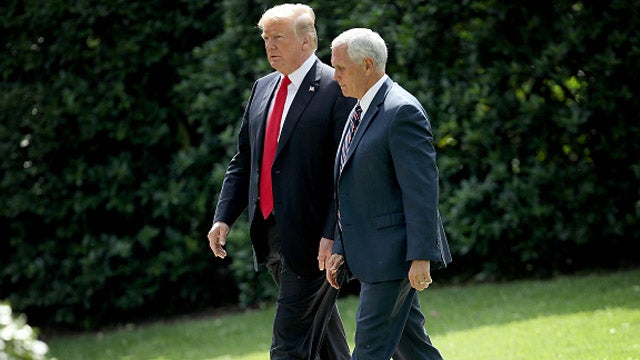 RICH EDSON: A senior administration official says that something came up that required the vice president to stay in Washington, and that administration official says there is no cause for concern. This is not health-related, nothing related to national security. We still don’t know the exact reason why it was that the vice president was about to land in New Hampshire to give a speech on the opioid crisis there, and then was turned around to return here to the White House. We know that he returned here to the White House shortly before noon today. Still trying to get a better explanation or handle on what’s happening. But that’s the details we have thus far according to a senior White House official. Something came up, required his attention. He’s not in New Hampshire, and he’s here.

RUSH: Right, and it wasn’t national security and it wasn’t an illness. We don’t know what it was. So that’s the latest that is being stated about this.

RUSH: I want to whisper something to you about… I’ve got a lot of people asking, “Rush! Rush! What is this Pence thing? What is it? I haven’t seen Trump. Oh, my God. Oh, my God. Rush.” Folks, chill here. I don’t know diddly-squat about this, but if you know how to… For example, I just ran across a story that Putin has convened super-secret meetings with one of his foreign policy things. I actually think… Should I even tell you what I think? What if I’m right? In this case, it’s just a wild guess, folks.

Not the Norks. Not the Japanese. Not the ChiComs. What if the Iranians are huffing and puffing about doing something to Israel, for example? I don’t know that. I’m just like you. I’m an average, ordinary citizen under assault from people who hate the country, trying to make sense of the day as it goes by each day. You get these little snippets of news out there, and you might be able to put two things together.

RUSH: By the way, just in from Foreign Policy magazine, which is a magazine published by the Washington Post. “In a joint statement…” Now, I don’t know if this has anything to do with Pence and the quick return from New Hampshire to the White House before noon. He was supposed to do a speech there on the opioid problem, and before he landed, he was recalled back to Washington. He got back before noon. Nobody has said why other than, “It isn’t any big deal. Everything’s fine, nothing to see here.” 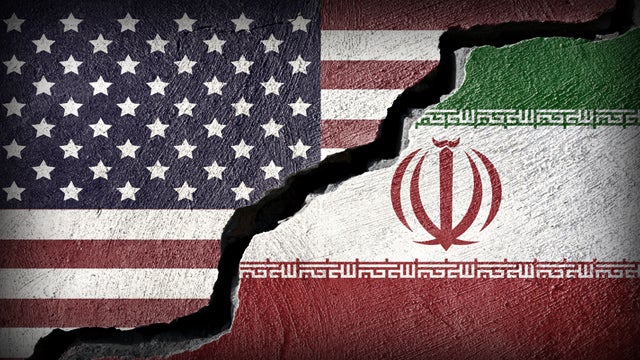 I saw something that made me think that there might be something percolating with Iran, that Israel is starting to get nervous over what they are seeing with Iran and the United States. And then there’s this. “In a joint statement France, Germany, the U.K., and the European External Action Service [are] ‘extremely concerned’ about Iran’s breach of the JCPOA.” That’s the Iran deal as its acronym, and what Iran has been doing is enriching uranium beyond the agreed to amounts and limits. Why is anybody surprised?

Even after Trump canceled the Iran deal, they’re out there in utter defiance of it. They’re terrorists! (chuckles) But of course, the Brits and the French thought that the Iranians would behave, like they thought Hitler would behave, like they thought all these other despots would behave. “If they signed something, if they sign an agreement, they sign a promise, why, they’ll abide by it.” No, they won’t. So it says here, “We have been consistent and clear that our commitment to the nuclear deal depends on full compliance by Iran.”

Oh. I should point out, when Trump pulled the United States out of the deal — and it had not even been ratified. Obama did not even submit his own stinking deal to the Senate for ratification because it would not have passed. One of the greatest illusions is that the Democrats wanted the Iran deal. Obama wanted the Iran deal for who know whatever number of reasons. We could guess. But he didn’t submit it as a treaty or anything else requiring ratification. He just implemented it. Well, that’s how Trump was able to cancel it.

It’s not as easy to cancel a ratified treaty, but since Obama had not submitted it for ratification, it was easy. Just pull us out because we were not officially in. It was just Obama, while he was president, said (impression), “We gonna abide by this. Uhhh, this is who we are. It’s our values.” So Trump pulls us out. When Trump pulled out, the French, the Germans, the Brits, the European Union all said (impression), “Well, we’re sticking with the Iranians. We are staying in the deal. We are going to abide by the terms.” Now all of a sudden, the Iranians are not abiding.

The Iranians are enriching uranium beyond what the commitments were at this stage of the Iran deal — which, of course, is now defunct. Trump pulled out of it. But these guys said, “Well, we’re gonna stay in it,” and now, when they have learned that the Iranians are cheating, they’re acting shocked, stunned, and amazed. They’re saying (impression) like good, little European wusses, “We have been consistent and clear that our commitment to the nuclear deal depends on full compliance by Iran.” Meaning, “You mullahs are embarrassing us!

“We stood by you and now you’re enriching more uranium, so we can’t stand by you now.” They wanted to blame it all on Trump, don’t you see? The Brits, the Germans, the French, the European Union, they wanted to blame it all on Trump. But now the Iranians have gone and violated the tenets of the deal that these other nations decided to abide by, and that, I think, may have… I’m wildly speculating, openly speculating that the Iranians doing this has got some nerves frayed somewhere. We’ll see. It won’t be long and we’ll find out.