Democrats Have Nothing New to Offer

RUSH: Here’s this piece that I have been referring to all day. It’s by Daniel McCarthy. Daniel McCarthy at Spectator USA. And the headline: Democrats are too fake for 2020. (paraphrasing) “The politics of recitation’s enough for ordinary teams, but America’s in the midst of serious change.” I just want to give you a few pull quotes here because it dovetails nicely with my brilliant, unique observation that these people sound no different today, even though they’re more radicalized and even though they are… I genuinely think they’re deranged.

Each one of them, in their own ways, is deranged. Some by virtue of anger and rage. Some by virtue of resentment. I think, for example, Mayor Pete. I think Mayor Pete runs around constantly resenting what he thinks Christians think of him because he’s gay. Even though… I don’t know how many personal insults he’s heard, but he just imagines that they think this of him; so he’s constantly ripping into them for it when he may not even have ever heard it, he just assumes it. They’re all carrying some kind of baggage around that manifests itself as either victimology, rage, insecurity, or hatred. 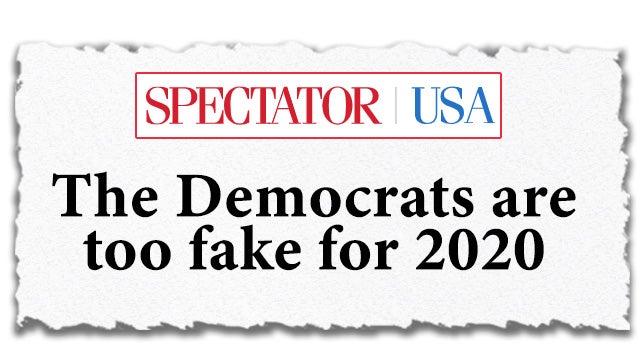 Now, Mr. McCarthy writes here, (paraphrasing) “The Democrat Party is exhausted. With 10 candidates on stage Thursday then 10 others had taken the stage the night before, nothing substantially new emerged. The politics of recitation’s enough for ordinary times perhaps, but this is an America in the midst of serious change, of a sort that requires thinking about entirely new configurations of politics. Ironically or not, Republicans and conservatives are the ones who have taken up that task. Conservatism today, the right is untamed and innovative today in a way that it hasn’t been since Ronald Magnus left office and in a way that the left won’t be until it breaks away from the predictable politics of Thursday’s dreary debate.”

And it was dreary. And it was filled with rage and anger and hate. And I can’t get over the willingness of these people to promote this hatred. I can’t get over the eagerness, in fact, to portray this hatred. They don’t make an attempt to even hold it back. They pummel people with their hatred. They do so proudly as though there’s something infectious about it. There isn’t anything infectious about hate. These people are constantly deriding hate, are they not? They’re always calling their political enemies hatemongers, crisismongers; and yet they’re the ones who are harboring hate, promoting hate, predicting hate, and exhibiting it.

“Bernie Sanders was a bracing alternative to Hillary Clinton four years ago, but his message is now just repetition.Nothing makes him a different or better candidate than he was in 2016 even as the country has changed profoundly and the field of opponents he now faces is nothing like the one in one race with the Hildebeast. Mayor Pete had the best night after Kamala Harris, yet he, too, broke no new ground. He’s smart, he’s confident, but not, in the end, much different from any of the rest. There’s hardly more variety in this 10-candidate field than there was in just the two-candidate Clinton Sanders race…”

You know that’s a good way to put it. You had Hildebeast; you had Crazy Bernie; you had sameness; you just had differing characteristics. You had these 10 people on stage last night, there wasn’t a shred of difference between them, in terms of what they believe. The things that made them different, of course, were their personalities, their degrees of confidence, their degrees of assuredness, their performance talent, or lack of. But aside from that, it was all the same.

Every damn one of them is the same, and that’s the point. It doesn’t matter which Democrat you list, Chuck Schumer, Nancy Pelosi, every lament, every complaint constantly the same. Now, the reason I bring this up, I’m not just pointing this out for pointing it out’s sake, I think this is hurting them in ways they don’t even know. I don’t think they have enough humility, folks, to understand how and when they are damaging themselves. I think they have the opposite of humility. They have an arrogance and a condescension. And they lie to themselves all the time. They accept their incorrect polling data all the time.

They accept the fake news that they each report to each other. They end up believing it. “Trump colluded, Trump stole the election, Trump’s unjust, Trump shouldn’t have been elected.” They all end up believing the same stuff. The mistake they make — and they’re making it over and over again, and it’s the reason why they’re willing to be so obviously filled with hatred — is they believe, in their arrogance and hubris, that they are the vast majority of people in the country. And they’re not. America would not be the place it is if a majority of the people living here were like the people we’ve seen on the debate stage the past two nights.