Caller Tells Us About His Obamacare Nightmare

CALLER: Hey, Rush. Can you hear me okay?

CALLER: Excellent. Well, thank you. You know, first of all, God bless you. I’ve been listening to you since 1990. And for 29 years I’ve been trying to get a hold of you. But last night and the night before really burnt a hole in me when they all were talking about the one-payer system. I’m not in the one-payer system, unfortunately, paying $2,900 a month for insurance, and I unfortunately have a special needs son who’s autistic. And that insurance does not cover the therapy for him. So I’ve gotta pay out of pocket another $5,200 a month.

RUSH: Now, wait a minute. What do you mean you’re on the single-payer system? What does that mean?

RUSH: Okay. You’re on Obamacare. And —

CALLER: Yeah. That’s a silver plan. You got gold, silver, and bronze.

RUSH: Oh, yes, I know them well. I’ve avoided all of them.

RUSH: Okay. So you’ve got this, and you hear these people touting single payer all night in these debates, what do you think?

RUSH: Well, now, if you listen to the Democrats, they are personally aware of the dire consequences that all of you and every American face because of our horrible health care system, which is brought to us by evil corporations. You know, these people talk about hospitals… (interruption) Who was it that said…? it was Frank Luntz, one of his focus groups two days ago, he said, (paraphrasing) “If I were a CEO, I would be scared to death after this debate.” If I ran a hospital, I would feel like the biggest target of the Democrat Party alive today. 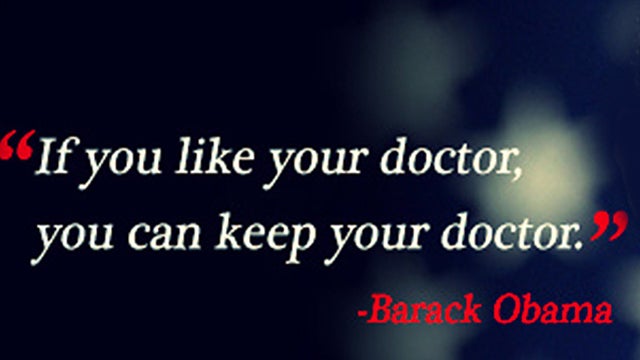 I mean, they zeroed in on hospitals. (impression)”Hospitals are not doing anything but for any reason than profit. Hospitals are not treating us…
All hospitals care about…” You would not believe the number of times the past two nights of the Democrat debate the concept of profit got destroyed. The concept of profit was impugned and besmirched as one of the roots of all evil. Now, I don’t know… They come along and they say everybody’s gonna have to give private insurance and then go to single payer, Medicare for all, and then look at Bernie Sanders convincing people that they’re gonna get it for free and yet their middle class taxes are gonna go up. It’s scary folks. I’ll tell you something. I don’t want to be misunderstood. I don’t think these people are headed for guaranteed landslide defeat. I hope so.

In fact, it’s gotten so bad, things have gotten so cynical that if somebody does try to inspire, they’re kind of laughed at and made fun of at times for being unrealistic. And there’s not a single thing wrong with trying to inspire people. Most people are not self-starters. Most people require a push because most people are not imbued with a bunch of self-confidence. Most people have to be told that they’re capable of a lot. They have to be pushed to it. And if you come along, I guarantee you this, if you are the kind of person who does provide a push for someone, that person’s gonna love you. That person’s gonna respect you for the rest of their life.

If you are the kind of person that can demonstrate to somebody else that they’re capable of much more than they think they are, they will have never ending respect and admiration for you. Because face it, if you think back in your life as a student, your best teachers, I’ll guarantee you, may not have liked ’em, best teachers, favorite teachers might not have been people you liked; they might have been people that got more out of you than you could get out of yourself. That’s called inspiration. That’s called pushing people.

Most people have a comfort level way below their abilities, meaning you get this, you acquire that, you stop, you’ve made your comfort level, you don’t need to go any further. Some people just keep pushing because they’re self-starters. Oops. I gotta take a break. My point is there’s nothing wrong with inspiration, and it’s really in short supply in a lot of places in this country.