RUSH: Let’s start here with Josie in Pensacola, Florida. You’re first today, and it’s great to have you here. How are you?

CALLER: Hey, Rush, how are you?

CALLER: Julian Castro, he is lying because, what, is he talking to a dead body to ask him if he went to the U.S. embassy to apply for political asylum? And if that’s the case, it takes a couple years, because you have to come up with evidence that you’re being persecuted. Because I had to go through that with my two little sisters because I’m from Nicaragua, and they were gonna take my —

RUSH: Wait, wait, wait, wait, wait. Let me stop you. You accused the perceived winner of the Democrat debate last night as having lied. Do you know that he lied, or are you just using your own personal experience and knowledge of the rigors of seeking asylum to assume that Julian Castro is lying?

CALLER: I believe he’s lying because unless he shows me proof that he went to the U.S. embassy, which he probably doesn’t have, it takes a couple years for somebody to go to a U.S. embassy or consul to ask for political asylum. And in my case, the U.S. embassy gave me visa to go straight through Miami because they were gonna take my two little sisters to Cuba and we would never see them again. And it took me a couple years to process my sisters for political asylum —

RUSH: Well, I don’t think everybody seeking asylum today is aware that they’re embarking on a two-year process.

RUSH: That fact doesn’t mean that this guy and his daughter could have been seeking asylum. They could be misinformed. The problem with asylum today is that it is a way around illegally crossing the border. You can illegally come and then claim you’re seeking asylum, and we’ve got processes set up now to accommodate these people.

That’s where they get separated. That’s where families get separated, for the most part, when asylum is claimed because you can hold them for 21 days, the kids, but the asylum seeker, the parent, cannot be granted asylum in 21 days, so everybody gets separated.

This is federal law as adjudicated by the Ninth Circuit Court of Appeals, the famous Flores decision that we keep talking about. But we can’t assume from this that Julian Castro is lying about this. This guy could well have been seeking asylum. But that’s not what killed him. Here again, the picture is devastating, it’s very sad, but this is being laid at the feet of Donald Trump. It’s his fault? It’s the fault of the United States? This is my whole point. 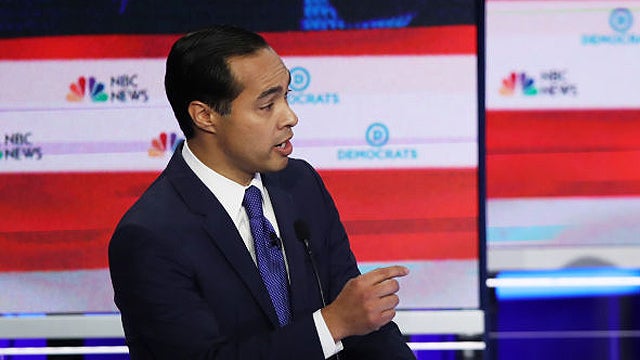 The Democrats just use people. They’re just exploiting people. You want to start assigning blame for this and it’s automatically the United States of America? “Yeah, Rush it is. Because if it weren’t so damn hard to get into this country they wouldn’t be trying to sneak across the river and drowning in it. It’s that simple, Rush.”

But your overall point is correct here, I think. They’re just using this sad situation and politicizing it, and that’s the value for these people. It’s sick, if you ask me.