Everything Democrats Complain About Trump Is Fixing

RUSH: One thing that was very obvious last night. And this is another thing. There’s nothing new about this. For my entire life paying attention to politics, we’ll modernize the terminology for today. The Democrat Party last night was making a big pitch for the tent city vote. 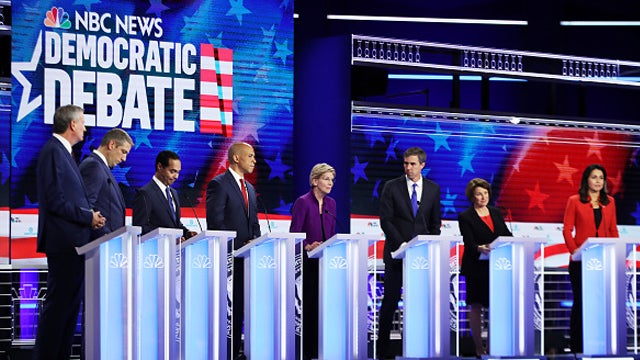 And I guess, you know, being subjected to this my entire life, I’m worn out on it. I understand how it can be new and appealing to young people. What I’m trying to convey here is that there’s nothing new about it, and it doesn’t work. That’s the real take-away. What you heard last night is what the Democrat Party has been complaining about and whining about for more than the number of years I’ve been alive. And they continue to whine about it.

And, by the way, their constituents: African-Americans, angry women, the gay lobby, now the transgenders thrown in, the homeless, you name it, every Democrat constituency group is angry, unhappy, miserable. Why? Because their problems never get fixed. Their complaints never end up actually being addressed.

And so your average Democrat voter has had to go now through life being satisfied by listening to Democrat candidates detail the problems and promise to get even with the Republicans for causing them. But the problems never get solved. Situations never get improved, except when somebody like Donald Trump gets elected president.

They are complaining about things as though they live in a vacuum and they’re not even living in a country where these things are actually being addressed and fixed: 3.1% economic growth, lowest unemployment ever for African-Americans and Hispanics. The pay gap has narrowed. Trade deals have been redone. The balance of trade and balance of payments is normalizing.

You wouldn’t know any of that listening to these people last night. “Well, what else are they gonna do, Rush? For crying out loud, they want to get elected. They can’t act like they’re happy with what’s going on.” Well, let me take you back to 1960. I use this example now and then.

Coming off of the post-World War II boom of the fifties, everything is cooking, everything’s firing on all 12 cylinders. And we’re coming to the end of the Eisenhower presidency, and this young new generational Democrat, John Kennedy, wants to be elected president, running against Richard Nixon. Nixon, the vice president of Eisenhower. So Nixon represents more of the same. That’s not good for Kennedy. More of the same is an economic boom. More of the same is the postwar boom on steroids.

Kennedy came along and didn’t trash the status quo. Acknowledged it. Said, “We can do it even better.” You don’t hear anything like this out of Democrats today because they’ve got themselves into such a bind, they can’t acknowledge that anything’s going well, except for the things that are victimizing people.