What the Q Stands for in LGBTQ

CALLER: Hello, Rush. Thanks for taking my call.

CALLER: I listen to you all the time. I’m one of the few conservatives in San Francisco.

RUSH: Let me ask you a question. Where in the city or in the Bay Area do you live? Within a region. I’m not asking address, obviously.

CALLER: My reason for calling is you mentioned that the Q in LGBTQ was “queer.” It is not. It is, of all things, “questioning.” 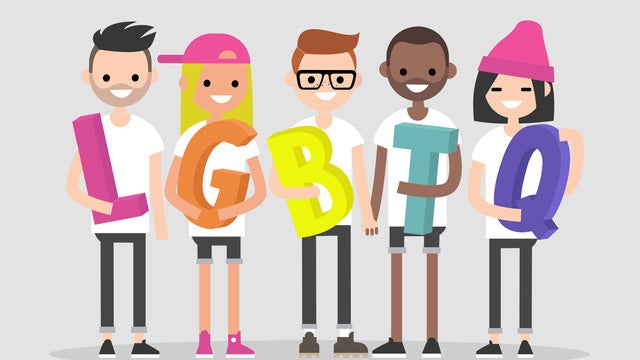 CALLER: I guess that covers all 72 genders that are floating around out there now.

RUSH: That would be… Can you name them? I mean, I know cisgender…

RUSH: Oh. So the Q stands for “questioning,” which means they’re not sure, could be any number of others?

RUSH: I don’t know why I thought it was… By the way, I honestly thought that the Q stood for that, and I thought they put it on there for a reason: Just to be able to say it. I was not trying to be insulting or judgmental, causing anybody any pain whatsoever.

RUSH: I literally thought I was accurately explaining what the acronym was.

RUSH: And you, being from San Francisco, would know this kind of thing.

CALLER: Well, yes. Yes. And I could go on about straws too. We have that issue here, too, you know.

RUSH: You’ve got an odd mayor. You have an odd governor.

RUSH: You’ve also got feces in the streets. I don’t… Do you have that problem in the East Bay?

RUSH: “Not nearly.” That means there is a problem?

CALLER: Well, there is a little, yes. Throughout Northern California, yes.

RUSH: Well, you know, in San Diego they are… This is just incredible. They’re all happy about it. They’re excited! They’re building modern-day tents to house the homeless and calling it housing developments or some such thing. I think that’s right. I just scanned the story right before I printed it out and put it here in the Stack. Talk about defining deviancy and everything else down! It’s just happening all around us. Well, I appreciate the clarification, Frank. I mean, I really, really, really appreciate the clarification.

RUSH: We have Vanessa in Vernon, Connecticut, on the phone. Great to have you, Vanessa. How are you?

CALLER: Hi, Rush. It’s been many, many years since I spoke with you that day about how we’ve taken over the children through the government public schools and lessons and our lessons and our LGBTQQ [sic]. And you seemed rather resigned to the fact that we do have ’em and you’re never gonna get the kids back. But I called today about the reparations. I agree —

CALLER: Yeah. You asked me in the interview… Look it up on Google. It’s Vanessa from Vernon, and I answered you at the time. We are the Ladies of the Left. Many of us used to be men, and we went through that — that dectomy…

CALLER: Yes. But members… But there are many others, women. There are straight women, too, in the Ladies of the Left. But I think Mayor Pete looks best when he’s kissing his husband on TV, and this lays out the permission for the advertisers to start it now. You notice how the advertisers have been holding off on the men kissing in their ads for soap?

RUSH: You know, if I’d had known this I’d have given myself a little bit more time with you.

CALLER: No, I have plenty of time for you, Rush, because we want the reparations for the LGBTQQ group. Elizabeth Warren is exactly right. We deserve it. We’ve been pushed around. We’ve been insulted. We’ve been treated like second-class citizens.

CALLER: Yeah, I am now. I used to be a woman trapped in a man’s body.