RUSH: “Third Discrimination Suit Filed Against Masterpiece Cakeshop.” They have targeted this bakery — you heard about this one? “Attorneys for a Denver woman greased the pan for yet another legal battle against a Lakewood bakery already burned around the edges from a series of heated civil rights fights. Jack Phillips, owner of the Masterpiece Cakeshop, refused in 2012 to bake a wedding cake for Charlie Craig and David Mullins, a same-sex couple from Denver, on the basis of his religious beliefs.

“That case rose through the court system, culminating in a year ago in a 7-2 decision from the United States Supreme Court partially in favor of Phillips,” who owns the cakeshop. “The justices did not rule on the larger issue of whether businesses can invoke religious objections to refuse service to gays or lesbians, but did decide the bakery owner had been subjected to anti-religious bias by a state civil rights agency.” 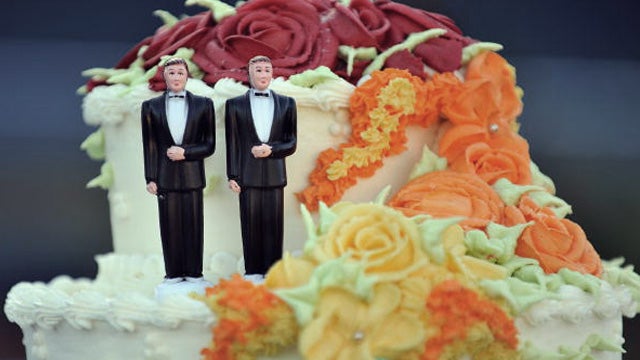 I remember this case like it was yesterday. They didn’t decide it on the merits. They decided that the bake shop owner had been really unfairly treated by a state civil rights agency. Now, the latest lawsuit, the third one, “was filed Wednesday in Denver District Court on behalf of Autumn Scardina by attorneys Paula Greisen and John McHugh.

“Scardina had filed a previous lawsuit against Phillips following her request for a cake – an order she placed the day of the SCOTUS ruling. Previous reports say Scardina’s order was for a cake celebrating her gender transition. Scardina’s initial lawsuit was not successful.”

This discrimination suit’s utterly baseless. Any person with two functioning brain cells can see. But it’s clear that the militant politicized gay community out there is gonna troll and harass this guy until he’s either gone or until the courts stop him. It just amazes me, ladies and gentlemen. It just amazes me that there are still people who do not fully embrace the homosexual lifestyle in all this. It’s just a mystery to me. You know?