Flashback 2008: What ABC Predicted Climate Change Would Do by 2015

MAN 2: Well, how warm is it going to get? How much will sea level rise? We don’t really know where the end is.

HEIDI CULLEN: (images of hungry people) There’s about one billion people who are malnourished. That number just continually grows!

MAN 5: (prediction of the future) Gas has reached over $9 a gallon!

RUSH: It was a bunch of young people in this ad. They were predicting that by 2015 — four years ago — milk would be 13 bucks a gallon, gasoline over $9 a gallon. The video effects show Manhattan half underwater. 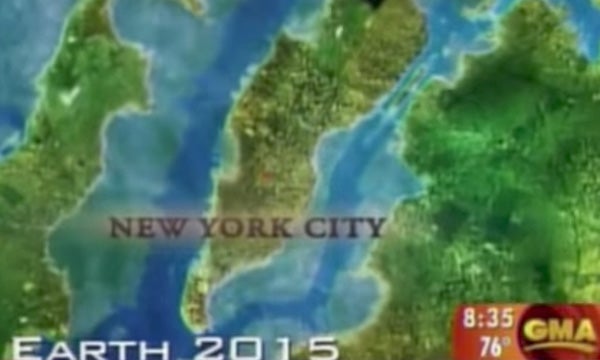 They show very little of Miami left. This was gonna happen by 2015, and this was just a promo for a special that was to run and did run in the fall of 2008 called Earth 2100 — and it’s a good catch, because it illustrates just how wrong and fearmongering the entire climate change, global warming (now “extreme weather”) crowd is.