RUSH: Look at Bob Iger. So Bob Iger, he runs a business. Disney is a network that got started doing what? Making programs and theme parks for who? Children! Children! Kids! Little babies, who grow up to become Disney fans. They watch Disney TV shows, they watch Disney movies, they buy Mickey Mouse and Minnie Mouse dolls, they go to the theme park. 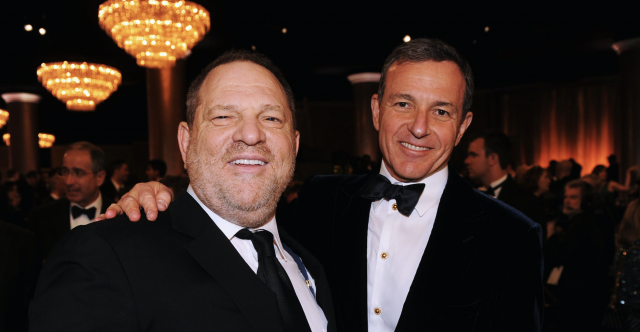 So Bob Iger is out there, and he is livid over the anti-abortion bill in Georgia. And he’s saying (paraphrasing), “You know what, we may have to pull out of there. We may not be able to shoot in Georgia.” This is audio sound bite number 24. This is Bob Iger on Wednesday on the Reuters website.

IGER: If it becomes law, it will be very difficult to produce there. I rather doubt we will. I don’t think, one, I think many people who work for us will not want to work there. And we’ll have to heed their wishes in that regard. If it becomes law, I don’t see how it’s practical for us to continue to shoot there.

RUSH: Right. “We can’t shoot in a state that’s gonna protect children. We can’t do business in a state that’s going to finally take action to make sure children are not wantonly killed — and, in fact, we’re gonna take our production and we’re gonna go back to” where? Hollywood? Hollywood, where we have a paragon of virtue? Hollywood, which is apparently morally correct? “No, we can’t shoot where these scumbags are in Georgia passing all these restrictive abortion bills, protecting our audience. 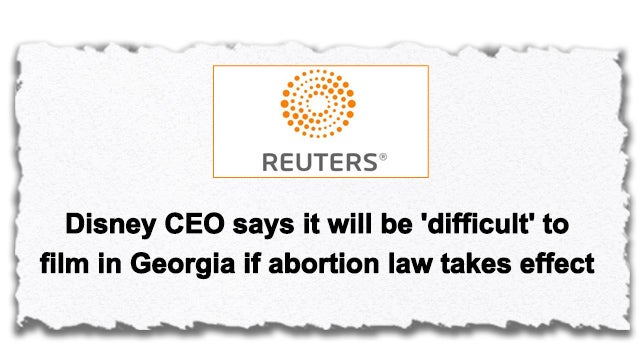 “We can’t shoot in a state that’s gonna protect our audience. We can’t do that! We’ve gotta go back to a state that’s wiping our audience out because that’s what our employees are going to demand.” To think, at one time they were touting this guy as a potential Democrat candidate to go against Trump. This guy would be not that difficult to beat just on this decision alone. On the other hand, over here we got all these people who think Donald Trump’s the scumbag!

RUSH: Earlier in the broadcast today, we pointed out the blatant hypocrisy of Disney. Now, the current CEO of Disney is Bob Iger. By the way, a little point of reference. When I arrived in New York in 1988, this program was originally syndicated by a former president of the ABC Radio networks, Edward McLaughlin, and he retired from ABC when Capital Cities subsumed ABC and a lot of ABC executives were given very attractive retirement packages. And one of the things Ed got was two hours of satellite time to fill however he wanted and make a business of it, and that’s how this program got started.

At the time Bob Iger was at ABC, Cap City, he survived the Cap Cities merger and his star was golden. I remember I had a couple of meetings with Bob Iger involved about the possibility of a TV show way, way, way, way back in the early nineties, and even sat next to him at a dinner party at Barbara Walters’ house. He was always a nice guy. And I can understand why his star was golden at ABC.

Now, he still is essentially the president of ABC. ABC now has become Disney, ESPN and so forth. And he hasn’t aged at all. I mean, if you wanted to put a picture of the quintessential CEO picture next to the definition in the dictionary, Bob Iger would be it.

So Bob Iger went out and said — in fact, let’s grab the sound bite again. I think it’s 24. This is what Iger said yesterday on the Reuters website. They did an interview. All of the media is fit to be tied over the anti-abortion law in Georgia and other states, and this is what Iger said about it.

IGER: If it becomes law, it will be very difficult to produce there. I rather doubt we will. I don’t think, one, I think many people who work for us will not want to work there. And we’ll have to heed their wishes in that regard. If it becomes law, I don’t see how it’s practical for us to continue to shoot there. 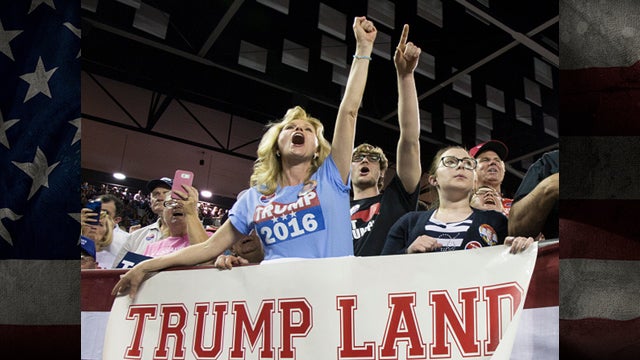 And where are they gonna go? Why did they leave Hollywood in the first place? ‘Cause it cost so damn much money to produce things there, so then they go to Canada. Canada’s appropriately liberal, it’s a little cheaper. They run out of Hollywood. Why do they leave Hollywood? To get away from unions, to make things cheaper.

So they go to Georgia. There’s a lot of Hollywood TV and movie production happening in Georgia. The Avengers: Endgame, for example, was shot in Georgia. Did you know that? Okay. You knew that. It’s hard to get something past Mr. Snerdley. Because there aren’t any unions, it’s much cheaper.

Now all of a sudden what Iger is telling us is that the people who work for Disney are not gonna work there if this abortion law passes because it’s an oppressive state, oppressive to women, but it’s protecting Disney’s audience!

So what are they gonna do? Are they gonna head back to Hollywood and the moral, ethical superiority and clarity of Hollywood? Are they gonna have to find some other place that undercuts unions and is cheap to produce that still sees the right way on abortion? You know what’s amazing is these states, Georgia and some of the others, they bend over backwards to get these Hollywood production teams in town. They give them tax breaks and any number of other favorable treatments, which is fine. I’m not complaining about that. States can run their shows however they want.

But after being granted all these concessions because everybody’s a groupie, everybody wants Hollywood in town, everybody wants the production of Hollywood material to happen in their neighborhood or their state, then they turn around and sabotage these states this way and hold them in economic hostage.

But in Disney’s case, it’s stunning because this is Disney’s audience! Children. That Georgia is seeking to protect. And it’s a state law. Missouri’s got one similar. Alabama. Look, Mr. Iger, you gotta understand what’s happening here. In the states of New York and Virginia, they pass laws claiming you can abort a baby after it is born and they get a standing ovation for this?

This is murder! Except that it isn’t murder if the woman says, “Well, I want to abort the baby anyway.” If the abortion fails, they can still, as Ralph Northam said, make the baby comfortable for a while, give it a pill, and then you whap it. Well, there are people in this country that are appalled by this, and they see standing ovations for the killing of babies after they’re born? What do you think is gonna happen?

So there’s a reaction here like in physics, in Georgia, in Alabama, in Missouri, they’re going the other way. Okay, you’re gonna do that, we’re gonna make it illegal to have an abortion, period, depending on this or that. So Hollywood comes along, and said, “We can’t we can’t do business there.” Well, the reason I went through this again is ’cause there’s a new story here.

This is from Breitbart. WarnerMedia, which is the parent of CNN, HBO, TNT, which is now owned by AT&T. AT&T just bought all this. Warner Media has threatened also to boycott Georgia over the abortion law. “WarnerMedia, the parent company of CNN, HBO, and TNT, among many other television networks, released a statement Thursday threatening to ‘reconsider Georgia as the home to any new productions’ if the state’s new law restricting abortions is held up in court.

“The statement from WarnerMedia, which is owned by AT&T, came just a day after Disney CEO Bob Iger said it would be ‘very difficult’ to for the mega-corporation,” with children as its number one audience to do business in a state that protects them. There’s no other way to look at this!

You know, you look at these southern states, these are conservative states — Georgia, Alabama, Mississippi. Look at how hard they bend over backwards to get this industry to do business in their states. And then what do they do? They come in there, and they start making movies and TV shows that do what?

That start crashing people, people that live in these states. They start making fun of people who live in the South. They trash these people. They make movies and TV shows and make jokes about ’em. And then they righteously say, “We can’t do business in a state that’s going to be this biased against women. Our employees won’t put up with it.” Blah, blah, blah, blah, blah.

Okay, well, fine. We’ll head back to Sodom and Gomorrah and right on back to Hollywood, if you want. Oh, wait. Costs too much to produce? Taxes are too high, oh, that’s right. Too many regulations in the utopia of Hollywood and California. Too many taxes. Can’t do it. But at least they think the right way about babies. Really tough decision for the modern-day CEO. Where to do business in the United States.

Everything would be fine if the left just hadn’t destroyed California. By destroyed, I mean making it – it’s tougher to run a profitable business there. That’s why they leave it! Next up, Costa Rica. They’ll find somewhere to go.