Puzder on the Selfishness of Socialism

RUSH: A fascinating piece by Andy Puzder. Andy Puzder, chief executive officer of CKE Restaurants for more than 16 years following a career as a lawyer, nominated by President Trump to serve as U.S. labor secretary. In 2011 he coauthored Job Creation: How It Really Works and Why Government Doesn’t Understand It.

His latest book is The Capitalist Comeback: The Trump Boom and the Left’s Plot to Stop It. The book came out April 24th, 2018. And there is a piece here by Mr. Puzder. (coughing) Excuse me. I got tight congestion. Last Thursday night, man, I had one of the fastest moving colds in the history of my having colds. And I just started jamming on Mucinex. It broke it up fast, but it’s still being broken up. I’ve still got this congestion. I’ve had two colds here inside of three months. I haven’t had that happen in years.

Anyway, this piece, it ran on Fox News: “Our booming economy can still overcome progressive misinformation, propaganda and myth.” And there are some pull quotes in this that are really good, and I just want to share them with you. 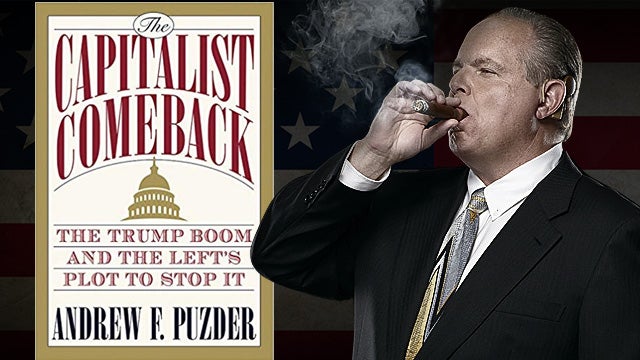 By the way, it’s a great accompaniment to a piece I have in The Stack on the Cuban economy. The Cuban economy is falling apart. It’s never been great shakes. But, you know, Cuba is one of the state sponsors of socialism in Venezuela. Cuba is attempting to help Venezuela survive, and, in the process, the Cuban government is causing great damage to their own economy, to the great detriment of the Cuban people. So this piece would be a great accompaniment to that. Here’s a couple of pull quotes.

For those of you that get into arguments with people about capitalism versus socialism, this may be helpful. “In a capitalist economy, the only way you can improve your life is by satisfying the needs of others. That is by providing the products or services that other people want at a price they can afford.

“To be a successful capitalist, you have to shift your focus outward, to the needs and wants of others – your consumers. The only way to succeed is by knowing what your customers want and offering it to them at an affordable price.”

I think this is brilliant because it stands the popular definition of capitalism — selfishness — on its head. You have these birdbrains like Alexandria Ocasio-Cortez and her cohorts, who all think capitalism is this bastion of selfishness and greed and nobody shares anything. They say it’s trickle-down, but it doesn’t trickle. Nobody gives anything away in capitalism. It’s mean-spirited and extreme.

And it’s just the exact opposite. Capitalism requires reach-out. Capitalism cannot succeed in any other way. The only way you improve yourself in capitalism is by satisfying the needs of others! Not giving them things, obviously, but providing services and products they want so much that they will pay for them. And then you have to be able to do that at a price that people can afford.

It’s kind of like empowering people for their votes, their support. “In a form of economic democracy, consumers vote with every dollar they spend, determining which businesses succeed and which fail. Henry Ford built cars for commoners, not the nobility. Steve Jobs created iPhones for all of us, not government elites. This is because the success of each business is determined by how well that business meets the needs of the masses – consumers.” 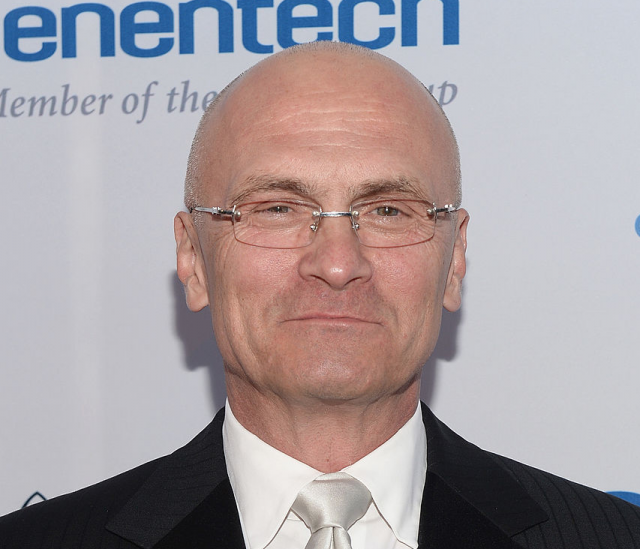 It’s not selfishness and greed. It’s the exact opposite. Now, what is socialism? Get to that just a minute.

RUSH: Andy Puzder, and his definition of socialism.  His definition of capitalism here is just right on the money.  In capitalism, you have to look outward. You have to compete. You have to provide people with products, services, what they want that they will pay for at an affordable price.  It’s not selfishness.  It isn’t greed.  It’s the exact opposite.  Socialism… In a socialist economy, rather than focusing on the needs of others, you improve your life by focusing on your own needs.

Yeah, there’s some people trying to trick you.  But you’ve got options.  People are reaching out.  People are trying to provide good things to you.  You have the choice.  In socialism, you are on your own — and there’s a limited, finite supply of stuff that the government makes available, and everybody’s trying to get their hands on as much of other people’s money as they can, other people’s stuff.  Socialism is pure selfishness.

Socialism, it’s not fairness.  It’s not equality.  It’s not sameness.  It’s the exact opposite of that. People in socialist countries standing in the inevitable bread line or in line for gas or government-rationed health care? They’re not thinking about the needs of others.  They’re trying to figure out how to get as much as they can for themselves from a limited supply.