Mueller Wants to Nail Trump, But He Doesn’t Have the Evidence! 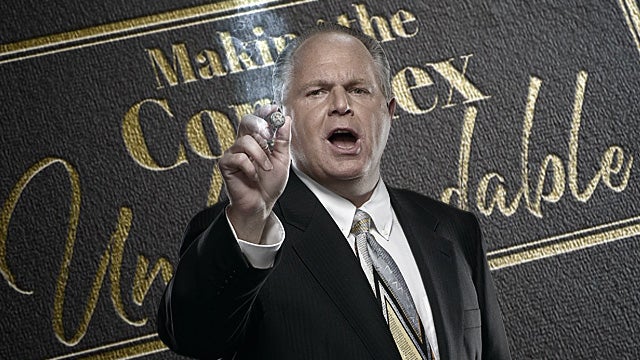 The only problem that Robert Mueller had was there isn’t any evidence to nail the president, and so he is attempting to imply that the president committed all kinds of crimes, but, in the end, Robert Mueller says Department of Justice guidelines prevent us from indicting the president; it would be constitutional; and so we can’t do it.

Mr. Mueller, if that’s true — and that’s not what Attorney General Barr says that you told him, by the way, and there’s a lot of other people in the Department of Justice who say that those guidelines had nothing to do with you and your report on your decision not to charge crimes where the obstruction was concerned.

If all of that is true, then why do this investigation in the first place? Because the only reason for it was to get Donald Trump. It wasn’t to find whether or not the Russians had colluded because everybody knew that. There never has been any evidence that Trump colluded. All there ever was was that dossier.

My problem watching analysts on TV talk about this today is everybody’s still accepting the legitimacy of this investigation, and it was not an investigation. There was never any evidence linking Trump to the Russians, never. All they ever had was the dossier. You people that have been listening to me regularly are blue in the face hearing about it.

But Robert Mueller made it clear as a bell today that he wants to nail Donald Trump and he wants Donald Trump out of office, he just doesn’t have the evidence. And so he’s asked Congress to take over the job. But he kept talking about how guidelines, regulations in the DOJ prevent the indicting of a sitting president. They can’t do it! So what was the purpose of this? Why do this investigation at all if from the very beginning you could not nail the president? 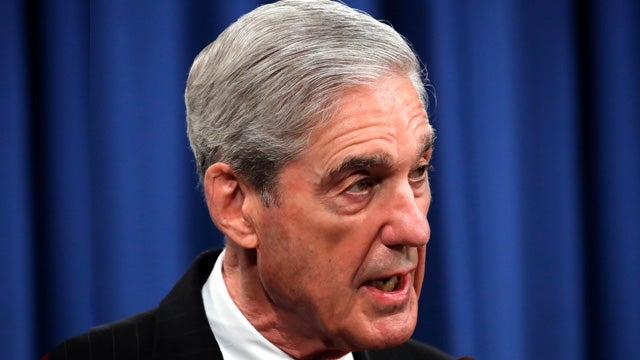 Now, some other points that Mueller made here that ought to be just disappointing as hell to the Democrats, but they’re being overlooked by one statement. Robert Mueller makes one statement which this alone ought to disqualify this entire two years. “If we had evidence the president did not commit a crime, we would have said so.”

The dossier is all they ever had. There is no evidence. That should have been the message, and that is the message of the report. Mueller goes out there today and basically turns justice on its head — and, by the way, it’s in the report as well. He didn’t say anything today that’s not in the report. He knows that most people haven’t read it. So he goes out there and says things that people are gonna interpret as, “Oh, he added to it today,” which is what the Democrats have been begging for.

You interviewed 500 witnesses. You had over a million documents. You put people in jail. You sweated people. You destroyed their lives. You wiped them out financially. And you still don’t have any evidence! And yet you do an eight-minute little press conference today with no questions where you imply the president did it?

But you can’t find any evidence. And so then you turn it over to Congress. That’s what everybody heard: The Constitution has a remedy for prosecutorial paralysis. When prosecutors can’t prosecute then Congress takes over. 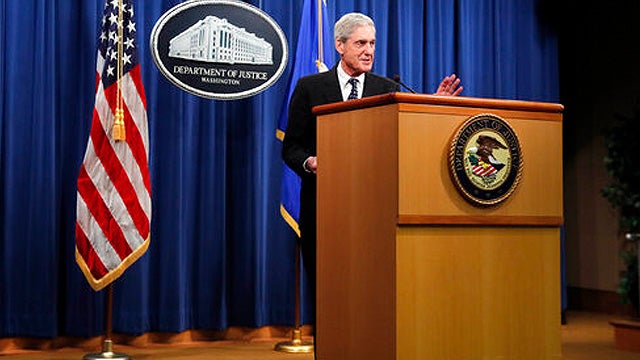 He begged ’em to impeach. He gave them the green light. He said that’s what you people have to do. I can’t do it because I don’t have any evidence.

Now, what I think he said in this report that is the bombshell — and let’s put it in context. From the moment this report came out and from the moment the attorney general characterized this report, what’s been the position of the Democrat Party, from Pelosi to Jerry Nadler, to Pencil Neck Schiff, the media, everybody?

That’s why they wanted Mueller to come up and testify, because they are telling everybody that they know for sure that there’s more to this than what’s in the report. That Mueller probably does have evidence of collusion, but that Barr is covering it up and Mueller is staying silent for some reason.

So what does Mueller do today? He comes out and says (paraphrased), “There ain’t anything beyond what’s in this report. What’s in the report is it. There’s nothing. You bring me up to talk; I can’t tell you anything other than what’s in the report.” Mueller shut them down. That’s the news of this, to me, today. They have been trying to tell the people of this country that Robert Mueller did find collusion. They’ve been implying that. They’ve wanted people to infer that there’s evidence of collusion, evidence of all kinds of stuff, and that Barr has been covering it up. 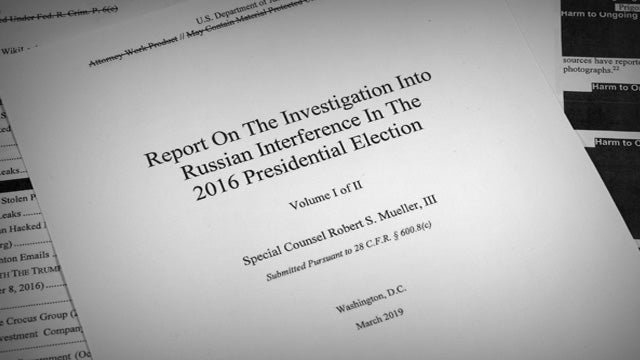 He said, “I don’t have enough evidence to tell you he didn’t do it.” Where is that ever part of the American system of jurisprudence? I mean, it is just outrageous what this was today. Now it’s being called “explosive,” and the reason it’s being called explosive is because Barr has said on numerous occasions that the Office of Legal Counsel guidelines where you cannot indict a sitting president… Barr has said that he asked Mueller about that, and Mueller said, “No, that’s not why we didn’t find any evidence and didn’t accuse the president of anything on the obstruction volume.”

Well, Mueller went out there today and said just the exact opposite, that the only reason they didn’t charge the president is (summarized) “because of those guidelines of the Office of Legal Counsel that you cannot indict a sitting president no matter what the hell you do, and so we never have. From the moment this began, we have never been able to write a report accusing the president or charging him.” Well, then what has been the purpose of this?

If you can’t indict anyway, then why do any of this?  Well, we know the answer.  The reason you do this is to create doubt and suspicion in the minds of as many Americans as possible that their president is a traitor, that their president is a criminal, so that you drive his approval numbers down to the high twenties or low thirties so that you can kick him out of office!  That’s what this effort was and continues to be.  It is not true that Mueller could not make a determination on Trump’s guilt.

Ken Starr was able to find guilt with Bill Clinton.  Ken Starr charged Bill Clinton with 11 counts.  It is not true for Mueller to say that he could not make a determination on Trump guilt.  The only reason he couldn’t is because he never had any evidence, folks, because there never has been any evidence.  There has never been anything other than that dossier which has now been acknowledged by everybody to be unverified, uncorroborated, and untrue.  So Mueller today says, “You people in Congress, you go ahead and do this because I can’t.

“I got nothing more to say than what is in this report.  There isn’t anything else.  There’s nothing more.  Whatever is in this report is it.” That ought to be the bombshell today, because what’s in the bombshell is no collusion and no obstruction.  So whereas Mueller took 442 pages when it only required two pages, he could have said what he said today in 30 seconds and been done with.  But noooo.  Had to go into the innuendo!  If they couldn’t prove anything, what does it mean?  If you are charged with a crime and you are dragged into court and they spend two years investigating you…

They interview 500 people, they collect reams of documents — and at the end, they couldn’t prove anything — what does it mean for you?  It means you are not guilty.  Same thing for Donald Trump.  It means he’s not guilty. Except, no, that’s not what it means.  Because Mueller said, “If we had confidence the president did not commit a crime, we would have said so.”  What does that mean?  It means, “The president committed a crime, but we can’t find the evidence.

“We think the president’s guilty, but we’re not confident that we could convince you.  We think the president’s guilty — we think he did it — but we can’t find any evidence.”  Well, hell’s bells! Somebody explain to me how that works in the American system of justice.  It doesn’t.  That’s not how it works.  If it happened to you, you would be outraged, and your lawyers would be suing the prosecutors, and you would win whatever amount of money you wanted, on defamation alone.

So I assume that Robert Mueller could also say that if we had confidence the president did commit a crime, we would have said so, because that’s what they’re really saying.  And they didn’t say so.  Now, everybody thinks Mueller doesn’t want to testify for whatever reasons.  He’s a doddering old fool. He doesn’t think he should have to descend to that level. He doesn’t want to testify.  He clearly indicated today that he’s not gonna testify. He’s not gonna say anything else. There’s nothing else.

This was not an investigation.  This was an attempt to create innuendo, implication that Donald Trump had colluded with the Russians.  The report makes it clear there wasn’t any of that.  Did Mueller make it clear today that that was the case?  He did not, did he?  Oh, he said it, but it was overshadowed by a whole lot of other things.  So it is clear that Robert Mueller wanted to nail Donald Trump.  It is clear that Robert Mueller still wants to nail Donald Trump, but he can’t, and do you know why?  Because there isn’t any evidence.

“Oh, and, by the way, even if we had found the evidence, the Department of Justice says that we can’t indict a sitting president.”  Well, then what the hell was all of this two years for?  If you knew from the get-go that at the end of it, you could not indict or charge or accuse the president, then what was this for?  “Well, Mr. Limbaugh, we had to find the extent to which the Russians attempted to interfere in our election.”  Come on.  Those phony, fake indictments of the Russians that are never gonna be tried?

Mueller makes this big deal, “Well, it’d be unfair to charge somebody who would not be able to prove their innocence that trial,” meaning, “It wouldn’t be fair to charge Trump since we can’t try him. We can’t indict him ’cause he’s the sitting president.”  Well, you indicted a bunch of Republicans that are never gonna prove their innocence because they’re never gonna show up in court and face your charges because you never intended them to face those charges because they are PR indictments.  My God.  This stuff, it just infuriates me, folks, because this is just the next phase. We talked about phases yesterday.

This was a phase today in the still-happening attempted coup to get rid of the president of the United States.