RUSH: Here are these models I talked about earlier. There’s a piece in the New York Times over the weekend, Steve Rattner, who’s a BFF of Arthur Sulzberger III, Little Pinch, whose kid now runs the paper. But Rattner was one of his buddies. You know, they go to dinner with the wives and play bridge and that stuff. And he had a piece, he was the car czar for Obama when Obama was thinking about buying the car industry and ended up buying General Motors. Rattner was the car czar. 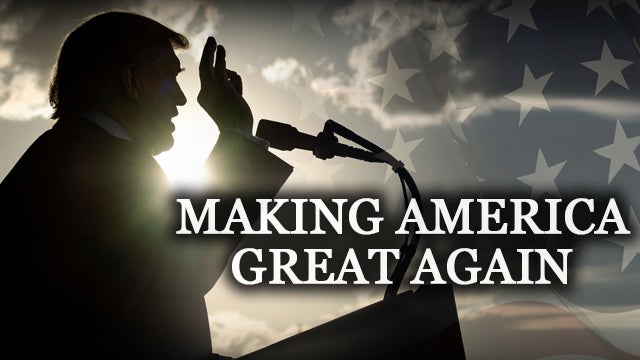 He’s a financier, and he’s good friends with Obama as well. And he had a piece in the New York Times over the weekend called, “Trump’s Formidable 2020 Tailwind.” And it’s a story about three expert computer scientists who put together models to predict presidential campaigns and races, just like climate change is only the result of computer models. You realize there’s not a shred of evidence on so-called global warming? It’s all computer models and what they’re predicting 30 years from now. Really that’s all it is.

Well, there are people that model a lot of things — economics. Dick Armey and Phil — Phil — the senator from Texas — Phil Gramm — they are expert economists. They had great computer models that forecast economic activity based on variables of input, data input. These three guys do this for presidential campaigns.

One is Ray Fair, who’s a professor at Yale. The other, Mark Zandi, chief economist at Moody’s Analytics, and Donald Luskin of Trend Macrolytics, all three of these people have modeled the 2020 election, and all three are predicting massive reelection for Donald Trump. Ray Fair, the Yale professor, “found that the growth rates of gross domestic product and inflation have been the two most important economic predictors,” for a long time, meaning the economy, “but he also found that incumbency was also an important determinant of presidential election outcomes.”

That’s undeniable. Incumbency counts for an incalculable amount. You won once, you’re in office, incumbency return rate is pretty high, even in the presidency. You add that to the economy, and this guy says Trump with ease.

Mark Zandi has modeled 12 different methods or 12 different variances of the campaign, input all kinds of different data, and in all 12 of his models Trump wins reelection. And Donald Luskin, Trend Macrolytics, has reached the same conclusion. This doesn’t mean anything. This is not polling data. It’s actual computer modeling based on hard data. And of course it’s garbage in, garbage out, value in, value out, depends on what they input. But they have a track record of great, great predictive success.

And Ratner wrote his piece as a warning to Democrats, not as an advocate to Trump. But he’s writing this as a warning, “Look. Do not make the mistake of thinking that everybody out there looks at Trump the way we in New York and on the East Coast do, because they don’t.” And that’s a tough thing. These people are arrogant and they’re condescending and they’re snarky, and they believe that anybody who counts thinks exactly as they do.