RUSH: New Braunfels, Texas, and this is Jonathan. Great to have you on the EIB Network. Hi.

CALLER: Thanks for having me. I’m 38 years old and I’ve been watching that series Chernobyl you were talking about earlier.

CALLER: And it is mind-boggling. I was a small kid when that happened and remember feeling what I felt as a kid when that happened. And, anyway, to speed along, I’m watching this show, and I’m watching how their government is handling that tragedy and then how our government’s handling this wall thing, and it’s just mind-boggling. I feel like, what’s the difference between the media and the KGB at this point in controlling the narrative?

RUSH: Now, that’s an interesting take. You’re watching the way Chernobyl portrays the Soviet government in a state of utter denial about Chernobyl and what happened and comparing the KGB to the American media when it comes to, you mentioned the wall and so forth.

CALLER: When I was a kid I remember being in elementary school, they talked about communism and how it was, and watching the show — and, just to interject, my dad used to work for the RadCon division in Norfolk, Virginia. And so he’d come home, and he’d tell stories and things like that about the nuclear stuff. But, as far as what you’re saying about the Soviet Union, how it ran and stuff, it really brings it home to me how —

RUSH: It was horrible, but it’s right on.

RUSH: Quickly back to this caller on Chernobyl, the TV show on HBO. I’m stunned at the portrayal of the Soviet Union in this show. I remember, folks, in the eighties during the Reagan years and the seventies, too, but the eighties is when I began talk radio, trying to convince people — the Soviet Union was every bit as much revered and lionized as Venezuela is by the Hollywood left today or Che Guevara, Cuba, the allure, the attachment to socialism, to communism back then was every bit the dream-like thing that it is today. 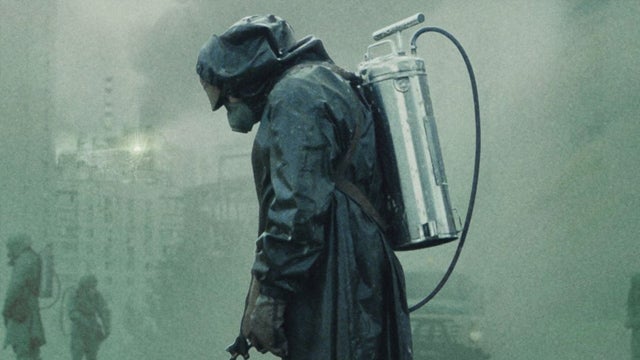 And to try to tell people what life in the Soviet Union was like was a difficult thing to do because there was such resistance. People wanted to believe that fairness and equality and sameness was utopia. And you had to look long and hard to find an accurate portrayal.

Aleksandr Solzhenitsyn writes his book, The Gulag Archipelago, and there are intellectuals in America who said he was lying about it. It was an accurate portrayal of what just disagreeing with the state got you if they found out about it in the Soviet Union.

This show, Chernobyl, is about the nuclear accident at the Chernobyl nuclear plant and how they dealt with it, how backwards the country was, how they had no business running nuclear power plants. The efforts of the KGB to deny it to the world. The only reason anybody ever found out is that radioactivity spread as far as Sweden, and Sweden is the great neutral, and cows and livestock were getting deathly sick. And nobody knew why, except it was radiation poisoning. They had to fess up at that point.

They would not ask — they didn’t have, for example, the reactor blew, which is never supposed to happen. Reactors are not supposed to explode, especially after they were shut down. This one was shut down and it exploded because everybody working in the plant that night goofed up, one mistake after another. And they lied about what had happened and all kinds of people died because they were sent to fight the fire, not being told that there were 20,000 roentgens of radiation running around.

Nobody was protected. Pregnant women were allowed to go in. They all knew this. And then when it was discovered, they didn’t have the physical equipment to do the cleanup. They wouldn’t ask anybody because they couldn’t dare admit they didn’t have it. The Soviet Union was utopia on earth. They would not call Reagan. They wouldn’t call the United States to ask for robotics or any kind of assistance.

They did call West Germany, and they even flinched that the piece of equipment they needed was from West Germany, the free side, not East Germany, their client state. But it really is a straight-on portrayal. There’s also another thing about this that has to be said that is accurate in this portrayal, and that is the Soviet people, I mean the real prisoners in that country. They were lied to. They were sent to their deaths, at first. Eventually they had to be told the truth.

But there were a lot of brave people who gave up their lives to clean this mess up and it’s a testament to the Soviet people and their commitment, their belief in their country and so forth. But, man, the betrayal of the KGB and the central committee and Mikhail Gorbachev. They got the birthmark on his forehead exactly right too. And it looks like it’s growing just like Gorbachev’s did. As Soviet expansionism grew, so did his birthmark on his forehead out there. 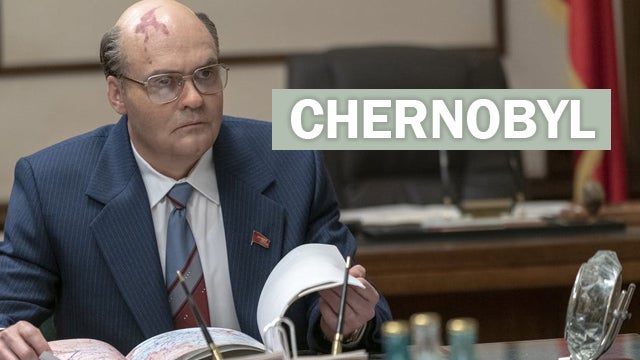 But it’s only six episodes total, and either 4 or 5 ran last night. The finale’s next week or the week after. But it’s striking how there are all kinds of nuclear scientists who want to tell the world the truth of what happened so that other people, other reactors can guard against this, and they won’t let that happen. People commit suicide, scientists and so forth committing suicide because of the inability to tell the truth.

It portrays the absolute bottleneck of bureaucracies, particularly government bureaucracies and how nothing gets done in a timely or — I can’t believe ’cause HBO is the kind of place that used to lionize the Soviet Union. Ted Turner and so forth, HBO and CNN had this connectivity with Time Warner. And I hope I’m not getting the people that produced and put this thing together in trouble by praising it. That could happen, you know.

But you know something else it’s not? You remember the movie The China Syndrome, Jane Fonda and Jack Lemmon? That movie did as much to kill the nuclear industry in this country as anything ever had. The purpose of this is not to do that. This does not indict nuclear. This indicts communism. But it doesn’t do it by name. You have to know what the Soviet Union was. You have to know a little about communism to put those things together. This is not a head-on indictment of communism. If you don’t know what the Soviet Union was, you’ll not put that together, which is why I am taking the time here to tell you in case you watch it.

RUSH: So, I got a quick note from Koko up at RushLimbaugh.com, the webmaster. He’s got a good point. He said, “Rush, you’re forgetting something. The Russians are now the hated enemy because of Trump. That’s why they’re being accurately portrayed in the Chernobyl series.” He may be right! He may have a point. I hadn’t thought of that.

But since everybody in Hollywood hates Trump and Trump colluded with the Russians and all that, why not dump on the Russians again? It could well be.