Why Have Military Recruiting Standards Changed?

RUSH: We have Rose in Visalia, California. Welcome to the program. Great to have you here. Hello. 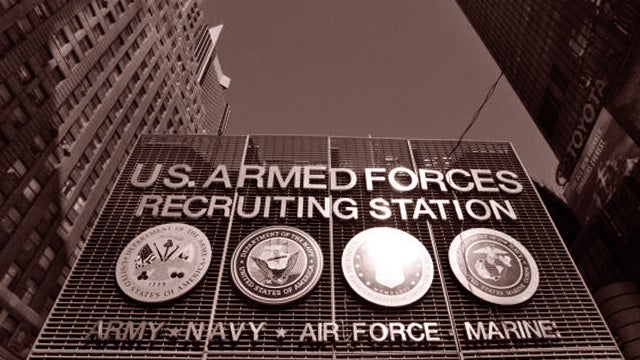 CALLER: Hi, Rush. I’ve always wanted to have the opportunity to ask a question real quick. Why has the military gone so strong on their policies for enlisting people? My thing is, my husband and his buddies were in during the late seventies, early eighties. Some of them were overweight. They’d get them in there; they’d work that weight off of them. If they underscored on the tests, they’d help them get to that point where they needed to be. Now in the eighties… My son, his buddies tried to get in. Some of them were overweight; they won’t take them now.

If they underscore that test, they won’t take them, and they won’t give them that opportunity to try to fix that so they can get in there. It’s really what a lot of these young men have wanted to do all their lives, and they’re not college-bound, and they don’t have much of a choice. So getting in the military was like a lot of their dreams and, you know, they do the body fat now. So if you’re this much over, you have to go get it off yourself, and a lot of these young men lose hope. I know we want the best and the finest in there, but we used to be able to make them the best and the finest.

RUSH: Well, it’s a good question. I mean, you’re asking if… I’ve just talked about the military and so forth and our involvement here with MC-LEF and the little promotion we have going on here. It’s all about efficiency. Back in the days you were talking about, if you were overweight, they still took you, sent you to boot camp, gave you a chance. It all has to do, in large part, with the number of people volunteering. If they can meet the recruitment needs with people who are already in shape, for example, who are already doing well enough on intelligence tests, then they’ll take them. 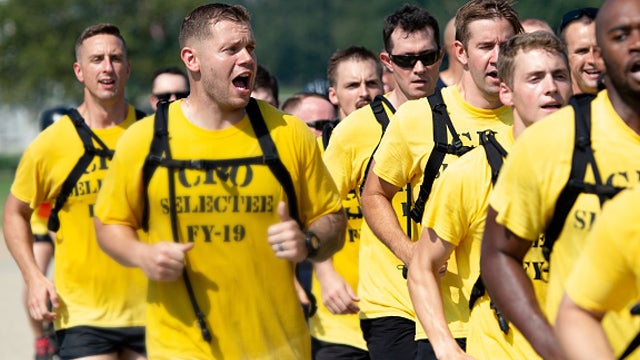 If they’re not meeting recruitment needs, then they’ll relax standards and so forth. It has nothing to do with being cold-hearted or hard hearted. It has to do with efficiency. It has to do with the amount of time. Boot camp is bad enough as it is. They don’t want to take people where half of them are gonna be washing out. They want people that they judge can get through it and move on to the next phase, and the belief is that if you really want to be in the military — if that’s what you really want to do — you’re not gonna show up as Jabba the Hutt.

If you really want to do this, you’re gonna have some idea what it’s gonna take, and you’re gonna make some effort to be ready and qualified when you show up. Education is a different thing. That’s something that happens for everybody in the military, at least an opportunity that is presented. I thought you were asking me why they relaxed physical standards rather than tighten them, and there’s an answer to that, too. But it’s probably a good thing that I don’t have time to tell you right now.