RUSH: My wife, Kathryn, is a huge fan of Boston Red Sox, and they have been playing horribly all season long. It’s the same team that won the World Series last year, and all of a sudden the Red Sox get the annual World Series Champion invitation to go to the White House, and they did. Their manager, Alex Cora, made a big deal out of not going — for the usual Trump-hatred reasons — and it disappointed Kathryn. She loves the Red Sox. She admires Trump. She wishes that the Red Sox manager had gone. 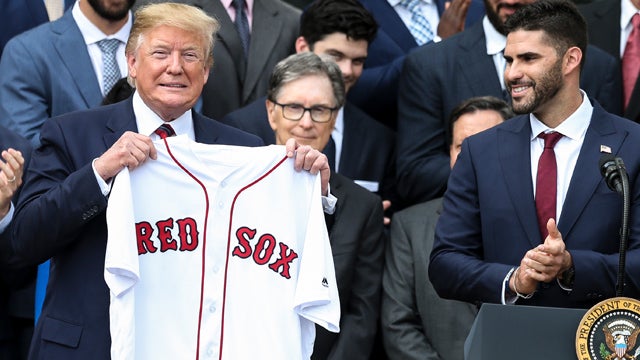 Kathryn told me, “Have you noticed that since the Red Sox went to the White House, they’re back?” (chuckles) Guess what? Here’s a tweet from Trump today. “Has anyone noticed that all the Boston Red Sox have done is win since coming to the White House? Others have also done very well. The White House visit is becoming the opposite of being on the cover of Sports Illustrated. By the way, the Boston players were great guys.” (laughing) Trump’s on TV now. I’m just looking at him, and I see him writing this tweet, and it just cracks me up. It’s just hilarious.

Then I imagine people like Jerry Nadler reading it, and getting all twisted and bent out of shape.