RUSH: I want to demonstrate for you here at the top of this hour what being on the cutting edge of societal evolution means. It was only yesterday on this program that I discussed one of the characteristics of Trump derangement system. One of the techniques of the left — and I’m gonna let you hear it. I’m not gonna say the whole thing here because I’m gonna play it in a moment.

I pointed out the left has corrupted both. The left looks at the past and all they see is all of this outrageous racism and sexism and bigotry of the United States. And in the future, well, that’s dead, too, because you’re gonna die from this or that or climate change or what have you.

Here is how I said this yesterday. It has a payoff because you’re going to see in the next bite following mine that exactly what I said was agreed with by a psychiatrist describing Trump derangement syndrome. But here is what I said yesterday first.

“If you’re occupied by all the stuff in the past that happened… You weren’t even alive but you’re out wringing your hands (sniffling) “over how bad it was and how horrible!” And then you focus on the future where you may not even be able to live when you’re 65 because of climate change or because this is gonna happen or that’s gonna happen — this horror, that horror — you’re not even able to live in the present. The present doesn’t even occur to you because you’re so focused on all the doom and gloom in the future, coupled with all the misery of the past, and this is their precise objective.

“It is a key element to the left’s psychological ploy to create constant fear and crisis, negativism and pessimism. Oh, yeah, they’ll talk about the present in negative ways too. The last thing they want anybody doing is enjoying themselves. Because the present — the here and now, the things that you’re doing in the here and now — are the things that matter toward your pursuit of happiness and your contentment. The last thing they want is you happy. Not when Donald Trump’s in the White House.”

RUSH: So let’s take you now to the network known as RTV, and that’s Russian TV. And they had a guest on there last night, psychotherapist Nancy Colier talking about Trump and Americans’ mental health. Listen to this. 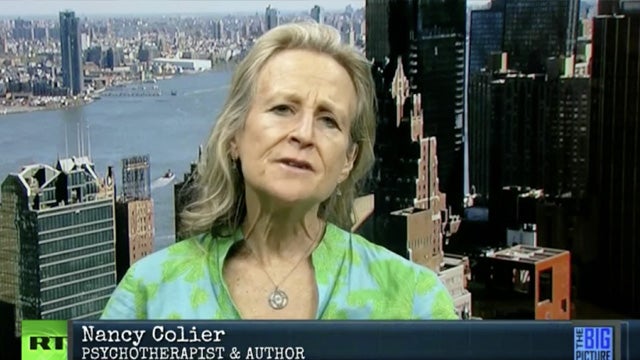 HOLLAND COOKE: Data tells us that those who [don’t] approve of President Trump’s job performance are significantly more likely to experience negative emotions than his supporters. Disapprovers feel more negative than supporters. Nancy, does this validate what Rush Limbaugh and his army of imitators call Trump derangement syndrome?

This is why I reach around and pat myself on the back now and then. I mean, I don’t do it as often as validated, but I do.