RUSH One more polling story here. This is Gallup. Not insignificant. And Gallup says that Trump’s approval rating right now has ticked up to a new high in their poll of 46 percent. Survey conducted between April 17th and 30th. It’s almost exactly that period following the release of the Mueller report.

And the interesting thing is that this is identical, maybe one point higher than where Barack Obama was at the same point in his presidency, 46%. 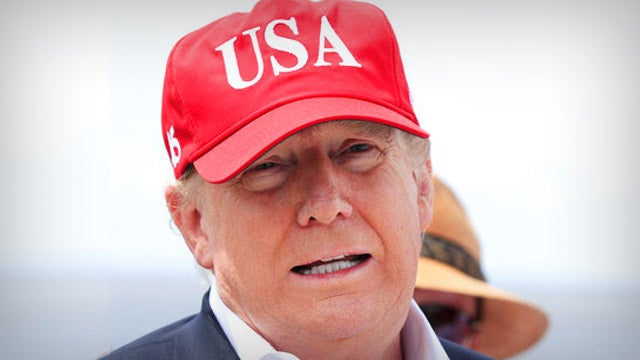 Now, keep in mind that Donald Trump gets 92 to 94% negative — consistently negative throughout — Drive-By Media coverage. And it’s just not negative coverage, it is character assassination. It borders on slander and libel. It directly impugns Trump’s humanity as well as openly lying and being critical about Trump policy.

On the other hand, Obama had a fawning media. Obama’s media was a bunch of slavish sycophants. Obama could do no wrong. Obama was held up as the brilliant, the brightest, the most erudite, the most sophisticated. And yet Trump is one point more popular in an identical poll, the Gallup poll, at this point in his presidency than Obama was in his regime.

RUSH: Here is Bradley in Austin. Welcome to the program. Hi.

CALLER: Hey, Rush. Huge honor, huge honor. Hey, listen. I’ll get to my point. A week ago when crazy Joe announced he was running Fox News had a poll and they had him beating Trump by seven points. Why? I do not understand that. It drives me nuts. You give me peace of mind with these polls, but why is it that Fox News every time has these polls out showing Trump losing to some crazy leftist? I can’t figure it out and I need your help to calm my nerves with it.

RUSH: Are you asking about Fox specifically or any poll? 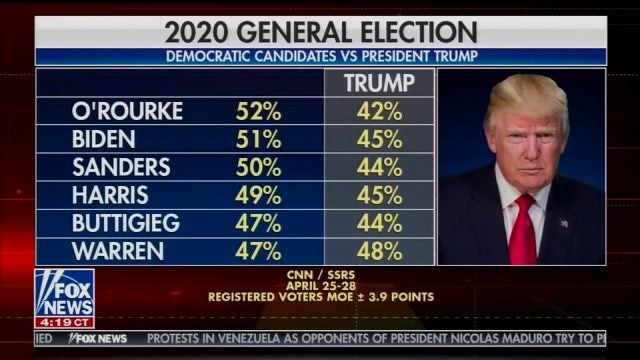 CALLER: Well, Fox specifically because I don’t understand how they, with our audience, Trump’s — who are they polling? I guess is what my question is.

My problem with a poll like that is it’s utterly meaningless and could be explained in who knows how many ways. I didn’t see the question, but if I saw the question, I could probably tell you why they got the answer they did. And I know that about polling you can get any answer you want, depending on your sample and the question and the way you write the question, the way you present the question. And when you take the poll.

Okay, so here’s Biden, he’s just announced, so you go out and you find a sample, not crazy about Trump. And you ask them, “In a figurative race between Joe Biden and Donald,” and then Biden wins by seven points, I can make the case for you where it would make sense depending on how the poll was taken and why.

So you’ve gotta let that stuff go in one ear and out the other. Because we’re, I don’t know, a year and a half way, and it doesn’t mean anything. To prove it, ask yourself to go back to May the 6th of 2015 and see if you can remember who was leading in any poll on that day. And I will guarantee you that you can’t. You’ll have to go look it up.

And then if you go look it up, if you Google it or some other way find out what polling data said on May 6, 2015, it’s gonna be nowhere near what the final election results were. Do you know why? Because no poll was. Rasmussen’s the only bunch that got it right. Everybody else had Hillary winning in a landslide, or maybe not quite a landslide. But every poll had her winning, and some of them had her in a landslide, and they never had her trailing.

And yet look at what happened. So polls are used to make news, not reflect it. They’re used to create public opinion, not reflect it. So a poll from Fox that shows Biden up seven is designed to frighten the Trump audience that watches Fox, “Oh, my God! Oh my God!” and if they get frightened, they tend to stay tuned more and they’ll hope that that gets better. A lot of psychology goes into this stuff. But the main thing is, ignore it.

I mean, it’s not even Fox trying to sabotage Trump right now. That’s not what it is. I think… You know, people talk about we spend too much time on our screens, on the phones. Even Madonna. Did you hear this? Madonna said the worst thing she did was to give her kids their own phones at age 13. Do you know why? She said because she lost her relationship with them for the most part, that the phones became everything, and that they were inundated with imagery.

(Snort!) From a woman whose career was made of imagery, she is worried about her 13-year-old. Okay. If you happen to subscribe to the theory that there’s too much time spent watching screens and being immersed in technology, I would tell you the same thing on polling data. There is way too much of it. I’ve thought this for I can’t tell you how long, and you know what? This polling data stuff is bible to inside-the-Beltway political aficionados. It’s bible.

It’s the number one news that tells them what’s going on. They live by it; they die by it; they believe it hook, line, and sinker. And it’s used constantly. And I’m telling you, polling data right now is worth maybe some things (like fundraising or creating public opinion), but it doesn’t tell you a thing about the future because there isn’t anybody who knows. So you have to absorb this stuff with the right perspective. 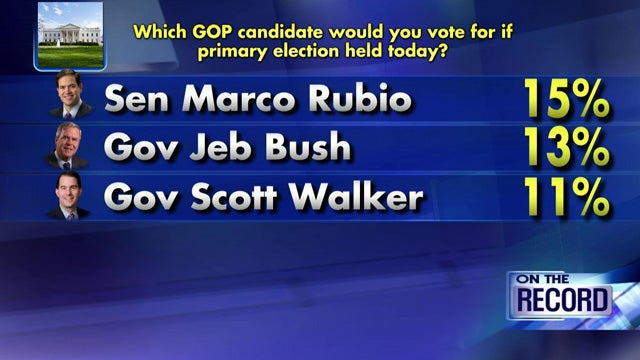 Utterly useless, utterly irrelevant, and yet people were paying for it and the news networks were promoting it, and news consumers were out there supposedly consuming it. And it was literally meaningless, as it is now. Now, a poll of the Democrat presidential contenders at this stage is not useless. But a poll of any of those Democrats up against Donald Trump is useless because we don’t even have the Democrat nominee yet.

Here’s Patty, Patty in New Berlin, Illinois. Great to have you on the EIB Network. Hello.

CALLER: Hi, Rush. I was calling… I read an article — it was either Friday night or Saturday — and this journalist said he had been to candidate Trump’s rally, one of them, and he said the crowd sizes were really big. So he decided he’d go to a President Trump rally, and he went to the one in Wisconsin — I think it was Madison — and he said he could not believe the crowd sizes. He said they were larger than candidate Trump’s crowd size. He also said he spoke to the people. He said they were very focused, intelligent. He said none of ’em were looking down at their iPhones or whatever phone they had. They weren’t communicating. They were totally focused and answering the questions.

RUSH: I think that was Green Bay, Patty.

RUSH: Yeah, it wasn’t Madison. It was Green Bay. He went there on a Saturday when the White House Correspondents’ Association Dinner was being held in Washington, which he boycotted again for the third year.