RUSH: Hey, look at this, folks. Nancy Pelosi says that the only way to beat Donald Trump is to shellac him. We gotta win big in 2020 ’cause if we have a narrow victory, Trump will refuse to concede and will not leave the White House. All right? Now we have a tweet from Chris Cillizza at CNN. Are you ready for this? Dadelut dadelut dadelut dadelut dadelut.

He says, “Imagine this: Trump narrowly loses — by 20-ish electoral votes — in 2020. He refuses to concede, insists there has been widespread election fraud and notes that Democrats (and the media) have been trying to steal from him since he was elected in 2016.”

Well, now, let’s examine this. If this were to happen, who in fact set this whole premise in motion? Who set the premise in motion that an election was stolen and that it could be and that the Russians were behind it? Why, it’s our good buddy Barack Hussein Obama and every underling he had throughout the Democrat Party. Who ran a sham investigation to try to convince and who is still doing it?

Who is still out there trying to convince the American people that Trump stole the election in 2016? That would be the Democrat Party, Robert Mueller, Andrew Weissmann, everybody that was an underling for Obama. They’re still at it.

So Trump comes along, and he loses by 20 electoral votes says, “You know what? I think there was election fraud. These people have been trying to take this election away from me ever since 2016. The Democrats and the media have been trying to steal the election I won, and maybe they did it this time.”

Now, let me ask you something here, folks. Who is it, therefore, that has nearly permanently infected the sanctity of our election system? Who is it that is responsible for the belief that a foreign power can steal a presidential election with no evidence that it happened, simply making it up to cover up the real crimes engaged in by Hillary Clinton and the DNC? These people have done a greater job of creating doubt and of corrupting the American electoral process than Vladimir Putin could have ever hoped to.

Now, I want to take you back to something else I said not long ago, that if the Democrats could get rid of elections, they would. If you are a totalitarian, if you are an authoritarian, what’s the one thing standing in your way? If you’re a Democrat, what is the one thing that has screwed them the most in the last 19 years? Elections.

If you believe you have a permanent entitlement to power, but you don’t get it because doofuses in America vote and don’t vote the right way, might you be interested in somehow just getting rid of elections? How would you do that? Well, one of the first steps you would take is to so corrupt the perception of elections, they can’t possibly be fair, then you’re off and running after that. 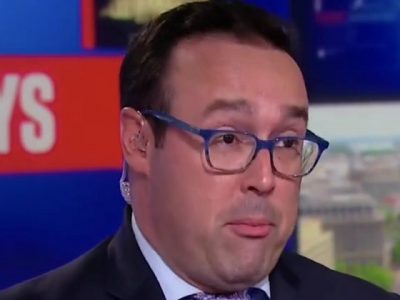 RUSH: Now, ladies and gentlemen, this tweet by Chris Cillizza, which is following on Pelosi’s prediction about Trump refusing to leave if he loses in 2020, is exactly what I was talking about in the second hour today: Having nothing more than the scare tactic of hypotheticals. The left does two things: They lie to you about the past. They focus on what they believe is the injustice, the immorality of the past and claim that it is not fixable — like slavery, feminism, women not being able to vote, whatever.

And then, after telling you that the past — your country, your past — is corrupt and unjust and immoral, then they go to the future, and then they start scaring you with apocalyptic hypotheticals. Climate change is just the most prominent example. U.N. report today: “Humans Accelerating Extinction of Species,” and here comes Pelosi and Cillizza (paraphrased), “Yeah, the 2020 election? Oh, my God, Trump’s not gonna leave! We’re gonna beat him, but he’s not gonna leave. Oh, my God!” When all of this is going on… This is all the left has.

If you’re occupied by all the stuff in the past that happened… You weren’t even alive but you’re out wringing your hands (sniffling) “over how bad it was and how horrible!” And then you focus on the future where you may not even be able to live when you’re 65 because of climate change or because this is gonna happen or that’s gonna happen — this horror, that horror — you’re not even able to live in the present. The present doesn’t even occur to you because you’re so focused on all the doom and gloom in the future, coupled with all the misery of the past, and this is their precise objective.

They don’t want you living in the present. They don’t want you cognizant of it, because the present is the only place you can enjoy your life, because it is the life you’re living. It is a key element to the left’s psychological ploy to create constant fear and crisis, negativism and pessimism. Oh, yeah, they’ll talk about the present in negative ways too. The last thing they want anybody doing is enjoying themselves. I’m telling you, folks, you cannot… There’s no reason not to exist in the present because it’s the only place you can exist.

You can’t exist in the future. You cannot exist in the past. You’ve already lived it, you’ve already done it, or it’s already been done long before you were born, however far back you want to go. In the present is where we all adapt to circumstances. The present is where we enjoy or overcome adversity or live our lives to whatever degree we try. Some of us try to live happily and wholesomely. Others are obsessed with other things.

But the present is what they want you to ignore.

Because the present — the here and now, the things that you’re doing in the here and now — are the things that matter toward your pursuit of happiness and your contentment. The last thing they want is you happy. Not when Donald Trump’s in the White House. They don’t want anybody happy in these circumstances. I wouldn’t give them this power. Scare you out of your wits about a future? Scary hypotheticals that promise an apocalypse, coupled with the never-ending refrain of how unjust and immoral and mean-spirited your ancestors were?

Screw them! This Cillizza tweet? “Imagine this: Trump narrowly loses … in 2020. He refuses to concede, insists there has been widespread election fraud and notes that Democrats (and the media) have been trying to steal from him since he was elected in 2016.” It hasn’t happened, but note who it is that is losing and corrupting and tarnishing the impression, the perception of legal elections in this country.

It’s the Democrat Party and the media, and they’ve done a bang-up job.

They have created a nationwide level of suspicion, fear, and doubt that elections are not fair — all because Hillary Clinton lost and because Donald Trump won. I think it’s obscene what these people are doing. It needs to be exposed and called out, and the people engaging in this — who have actually done the damage to our electoral system — need to be called out and held accountable. They need to be indicted. They need to be convicted and the American people need to be told exactly what they did. 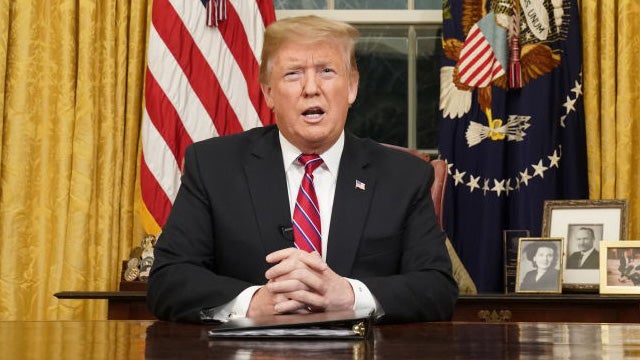 CALLER: Thanks, Rush. I just wanted to make two quick points. One was on the corporate tax cuts. Before Donald Trump was put into office in January, he flew down here to Michigan and had a conversation with Bill Ford, who owns Ford Motor Company. They were going to move the main assembly plant to Mexico. It was gonna cost them a billion and a half dollars to do it. And the reason why is he could have built a brand-new factory in Mexico and in seven years it would have paid off just because of the tax cuts, if those tax cuts weren’t put in place.

There are 5,000 people that work there, and for every one person, six new jobs are created. And then thousands of other jobs around it. So people think that, you know, these rich people keep all their money and they don’t invest, he also bought the train station downtown that was empty for years, decades, 1,200 jobs, bought a Super K-Mart was empty, full of jobs, a school down there, another full of jobs, thousands of jobs. But then Vice President Pence comes to the Ford Motor Company and the unions are giving him a cold shoulder when he was here just a couple weeks ago? I don’t understand it for one minute. I just don’t get it.

RUSH: You don’t understand how Trump can cut taxes, corporate taxes, can be cut, people can benefit, and you don’t know why the unions would come along and give Pence any grief? Well, the tax cut has been lied about since before it was passed. They are continuing to try to lie about it.

Look, I don’t mean to be self-serving here, but it is meant to disrupt your perception of the present. The tax cuts have been wonderful. They have worked exactly as they are designed. They have created a robust economic expansion. They have resulted in wage increases. We now have a million and a half more job openings than there are jobs.

Well, the architects of doom and gloom cannot allow this perception to take hold. So this is why there isn’t this universal applause. It’s because the Democrat Party and the media are aligned to make sure that whatever good news is out there remains uncovered.