CALLER: Mr. Rush, they call me the Mexican Rush. And let me tell you, it’s not an honor, it’s an American privilege to talk to you.

RUSH: Well, I appreciate that. Thank you.

CALLER: And know this, and know this. You are the only luxury in life that I have. And that means that I have a few thoughts I want to give you. And about three or four segments ago you asked a question, if I could get the opportunity, maybe if we have time to answer it for you, and I’m gonna have to put myself out there to be able to give my thought, because I don’t want anybody to think that I’m a racist so therefore I’ll sacrifice myself and I’ll be brief.

In 2018, Karl Rove, Karen Hughes swept into our establishment, which was a sea of white, huge facility. I was the only Latino in the room who knew who they were. And for that I was outed and I guess was dancing the joy of glee, and a week later I was pushed out of my job. I’m an American Mexico with a disabled adult son, and let me tell you, you taught me this. Sean Hannity has taught me this. There are consequences for your behavior. Therefore nobody owes anybody anything. Look at yourself. 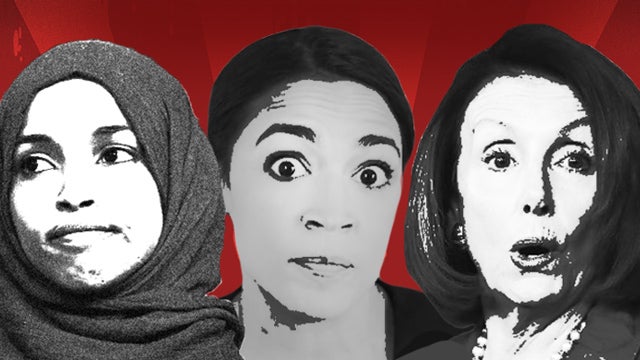 So now I’ll get into what I want to share with you. We’ve 537 seats that we elect people for, including the presidency, if I’m correct. We have this immigration issue going on. I think what’s really being overlooked now, and which can really be brought to light, is that through the 2018 election midterms we had three individuals that stand out like sore thumbs, that from the moment that they took the seats that they acquired had nothing to do with American patriotism —

RUSH: You know what? I know what you’re saying. I’m down here to 15 seconds. He’s talking about Omar, Rashida Tlaib. We’ve basically ended up electing some people who really think America’s the problem in the world on virtually everything and that they are here via immigration and so forth. I get the point. I appreciate the call. Thanks much.