RUSH: Bernie Sanders had a town hall meeting televised on the Fox News Channel last night. President Trump was not happy about it. I have a couple sound bites. The first one here, Martha MacCallum is talking to Bernie about his Medicare for all plan and how it’s gonna be free! The question: “My question to you, [Crazy Bernie], is Medicare for all will drive up taxes to pay for health care whether it’s in your income tax or your payroll tax, right?” 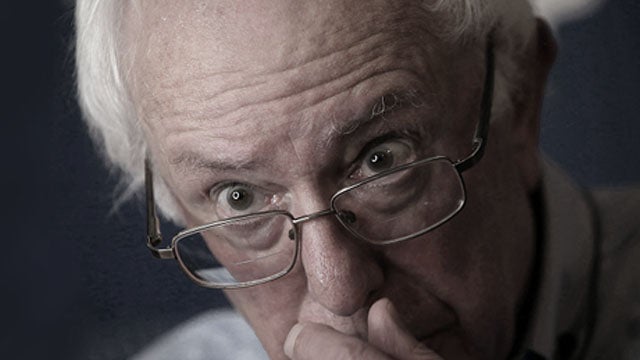 SANDERS: Health care is not free!

MACCALLUM: Of course not!

SANDERS: You never heard me say that we’re gonna magically —

MACCALLUM: You just said it was gonna be “free” for everyone.

SANDERS: It’s gonna be free at the point of when you use it. Okay? Family of four. Do you know how much that family is paying today for health care? $28,000 a year.

SANDERS: $28,000, you’re not paying. But does that mean you’re not gonna pay something? Of course it doesn’t. You’re gonna pay more in taxes.

RUSH: Right. (laughing) It’s not gonna be free. It’s like I’m gonna take you on a cruise, and the cost of the cruise is $10,000, but it’s not gonna cost you a thing when you’re on the cruise. “Really? Where do I sign up?” “Well, you give me a check for $10,000 right now. But when you get on the ship, nothing’s gonna cost you anything.” “Wow! What a deal!” So Crazy Bernie admits that taxes are going up and it’s gonna be an illusion that your health care is free.

You’re just not gonna pay at the point of sale or point of usage. An audience member (back to sound bite 7 here) asked (summarized), “Crazy Bernie, now that your tax returns have been released and you’ve been identified as a millionaire in the top 1%, will you pay your fair share? And how do you plan to apply the policies that you’ve been talking about enforcing on top earners?”

SANDERS: You raise the issue I am a millionaire. Well, actually this year we had $560,000 in income, and that’s a lot of money and that money — in my case and my wife’s case, it came from a book that I wrote. Pretty good book. You might want to read it.

SANDERS: It’s a best-seller, sold all over the world, and we made money.

SANDERS: So if anyone thinks that I should apologize for writing a best-selling book, I’m sorry, I’m not gonna do it. I guess the president watches your network a little bit, right?

SANDERS: Hey, President Trump, my wife and I just released 10 years. Please do the same.

RUSH: Crazy Bernie actually is a millionaire, but his point about… he further went on to say (summarized), “That writing a book, my millionaire status is not because of the American dream.” But the question is not did you earn a million or whatever it is with your book, Crazy Bernie, is where is your voluntary 70% tax rate on that money that you want to impose on everyone else?