Yes, I Feel Crummy. No, I’m Not Whining.

RUSH: Yeah, yeah, yeah. These things are just horrible. You know, nothing tastes right. Nothing smells right. Aw, just… Whatever this is… It’s more than likely just a bad cold. I had chills the other night. I thought I was coming down… Well, I had fever, and I said, “Oh, no. Don’t let this become the flu.” But it hasn’t. It’s just crummy. But I’m not whining. I’m not complaining, folks, ’cause I don’t know how to deal with people who complain. I never know what to say when someone’s complaining. You know when people complain to you and you try to talk to them? 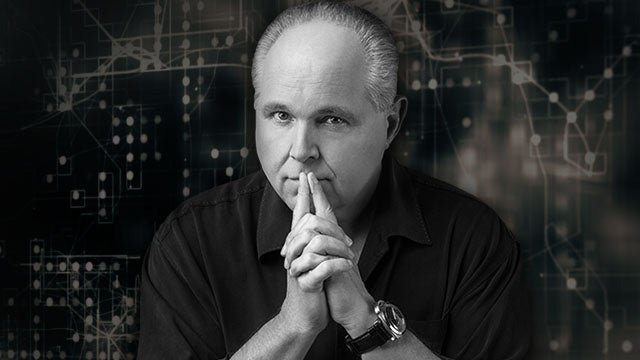 “Oh, it’s gonna be terrible! How can it get any worse? You don’t have to tell me it could be that bad!”

I don’t know what to say when people whine. (interruption) Is that what you say? That’s just it? You say, “I feel ya”? (interruption) Oh, I can’t get away with, “I’m deaf; I can’t hear you” twice. I can get away with that… (interruption) Well, that’s what I’m trying to do! I try to do… (interruption) It’s one thing I have never developed. You know, I’m a person with tremendous empathy. I could not do this program without empathy. But I do not know…

I’ve always believed that if people are complaining, you try to lessen whatever it is that’s causing the complaining. Just try to be positive, try to be — and, if you do that, then you’re accused of not appreciating the severity of whatever it is, and that translates to, “You don’t care,” and then if you recognize and acknowledge whatever the complaint is… (Snort!) It’s just like it’s a no-win. That’s why you don’t complain. I don’t want to put people in the position of not knowing what to say to me. So I don’t complain.

It’s not becoming anyway. But it’s the one thing I’ve never learned how to deal with, and I guess the objective is to let ’em know you care without telling them, “I really care about that.” “Oh, if you did, you wouldn’t have to say so!” “Okay. Um… (Ahem.)” Especially if you’re dealing with hypochondriac. Oh, that is the absolute worst! You really… Pshew! Man, oh, man. So, anyway, here I find myself in a circumstance where I would like to be able to detail for you why I may not be 100% today mentally, but then that would translate into me complaining and seeking an excuse.