The Great Democrat Comedown from Collusion to Cohen

RUSH: Let’s move to the Cohen hearings just for a brief moment here, just a couple of things that I wish to point out. Yesterday, I guess — I’m not gonna play the audio here ’cause it’s not important. I can say it myself in much less time. Chris Christie, former governor of New Jersey, and he’s a former member of the Trump campaign in 2016. And he was in line to be attorney general. He was in line for a lot of things that he didn’t get in the Trump campaign and in the Trump administration. 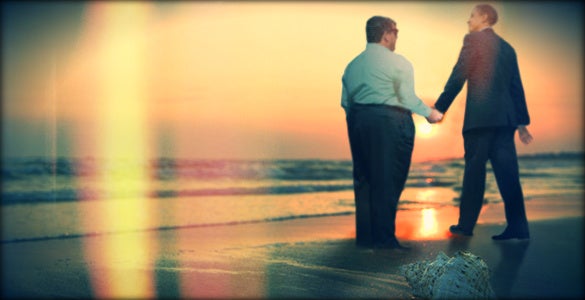 And I remember there was one moment during the campaign where I thought it was a very humiliating thing for Christie. Christie was an eager supporter of Trump’s. And they were on an airport tarmac somewhere. And they were flying somewhere. And Christie was standing next to Trump, and Trump said — I’m paraphrasing, although this may be pretty close to verbatim — Trump said, “Chris, you get on that airplane over there. Go on, go on,” just dismissed Christie. And then the press conference continued while Christie left being on camera. “Chris, you get on that airplane over there.” It was a dismissal that was not flattering.

So I don’t know if Christie has harbored a grudge or not. No idea whatsoever. Maybe long forgotten. But he was on ABC yesterday afternoon analyzing the Cohen hearings, and he made an observation. He said (paraphrasing), “Yeah, the one thing I’ve noticed about all this is these Republicans on that committee, I mean, they’re really zeroing in on Cohen. They’re making mincemeat out of Cohen. They’re calling him a liar, but there’s not anybody substantively defending Trump against any of this. There’s no substantive defense of Trump.”

Well, that was picked up by everybody in the Drive-By Media. Chris Christie is a new hero to the Drive-By Media by pointing out that Trump is such a reprobate and is so guilty that the Republicans on his team couldn’t even defend him. All they could do was go after Cohen. And in the quest to demonstrate this, CNN, John King, played a sound bite of me from this program yesterday. It’s audio sound bite number 25. And this is repeating the mantra they have from Chris Christie that Republicans didn’t defend Trump, therefore, what Cohen said has to be true. Here’s the sound bite. 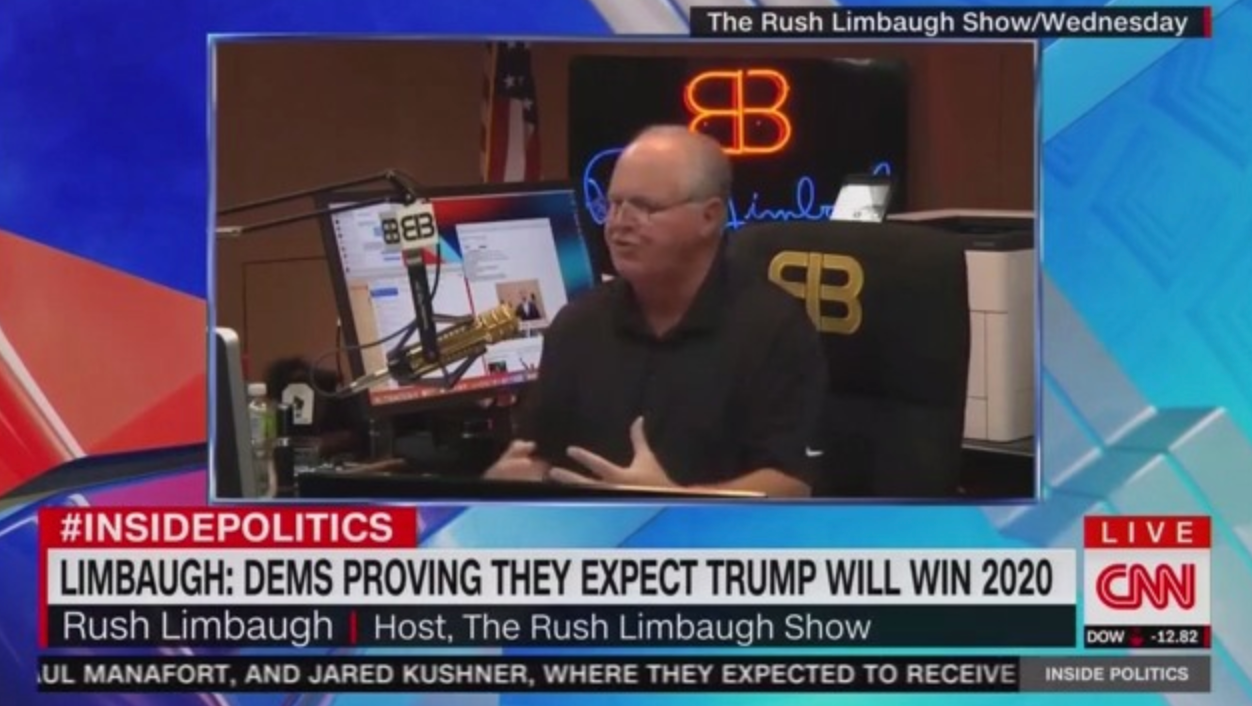 KING: You hear it from Rush Limbaugh, to motivate they’re saying, “Look, you gotta stay with the president because the Democrats are trying to impeach him.”

RUSH ARCHIVE: This is such a comedown for the House of Representatives as led by the Democrat Party. It is pure desperation. And the fact that they are continuing on this objective of impeaching Trump is proof positive to me they expect him to win in 2020 if they don’t do something about it.

KING: The part there about this “pure desperation.” There was a lot, Michael Cohen said a lot. And even the smart Democrats say we’re not sure if we can believe you, we’re going to follow up on this. But to that end, if you watched yesterday what the Republicans did repeatedly is attack Michael Cohen. A convicted felon, a liar, a cheat. He could not be believed. What they did not do was say the president couldn’t have done any of this, the president wouldn’t have done any of this.”

RUSH: Christie gave ’em the opening for this and they’ve all taken it. I’m gonna tell you, there’s another way of looking at this. Look at the comedown for the Democrat Party. Where did all of this start? Well, you know as well as I, it started with Trump colluding with Russia to steal the election from Hillary Clinton. Trump as a spy for Russia. Trump is a Russian agent. Trump is an unwitting Russian dupe. Trump is this. Trump is a traitor.

And when it came time, when it came time to bring all of this before a congressional committee, who was there to do it? Michael Cohen, convicted for lying to investigators and lying to Congress and on his way to jail in a couple of months for so doing. If that’s not a comedown, I don’t know what is! From where they start to the star witness they have to make their case. And let’s go through it. What did Cohen actually say? 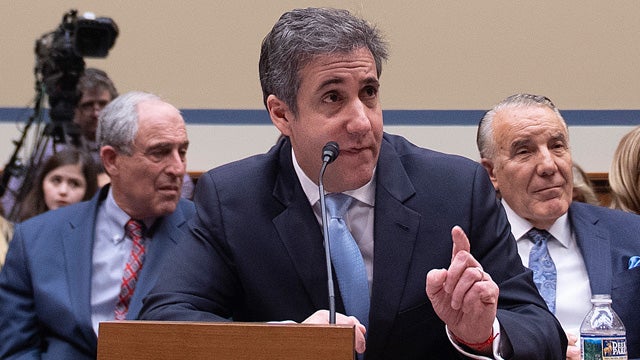 There were a bunch of things that Michael Cohen said that exonerated Donald Trump from many of the charges these people in the media have been regurgitating for two years. Among those, campaign finance violations. Cohen’s testimony veritably cleared Trump from having engaged in any of those. The big one, Michael Cohen, on two different occasions, two different answers, totally exonerated Trump on Russia collusion! Claiming he had never been to Prague, like the dossier says. Cohen’s name is in that dossier 24 times. He’s never been to Prague and he said he never saw any evidence whatsoever of Trump colluding with Russians! And this is their star witness. There wasn’t any need to defend the president, Cohen was doing it, in his own way.

The big one. In January BuzzFeed had a story that Michael Cohen was ordered to lie to Robert Mueller and Congress by Donald Trump. Cohen said, didn’t happen. But it wasn’t Cohen. Even Mueller issued a statement back in January, the BuzzFeed story is a crock. The media still went with it despite Mueller denying it! Cohen yesterday fully cleared Trump from ever having told him to lie about anything! And then the WikiLeaks stuff and knowing about that in advance. Cohen exonerated Trump on virtually everything the Democrats have been focusing on the past two years, folks! Cohen was the greatest defender Trump had in one sense.

GERGEN: I don’t think that there was any knockout blow today, which was what the anti-Trump forces hoped. With regard to Russia, in fact, you know, it was a disappointment to the anti-Trump forces, because what Cohen said, everybody thought, well, maybe Cohen can implicate him and make him tie him to this. And so Cohen says, I have no direct knowledge, I have suspicions. Well, that doesn’t really add up to very much, it doesn’t really add much weight to the Russian thing. Begins to think, who does know and where is the Mueller investigation?

RUSH: Don’t tell me these people don’t believe this stuff, folks. They’re sitting out there — this is David Gergen, they’re sitting out there, they’re begging, they’re hoping and praying that there is some proof of the Russia collusion stuff because they damn well do believe it. I cannot believe that they were literally disappointed when Cohen didn’t have the goods yesterday. They’re still holding out hope. Here’s Anderson Cooper, the host of Anderson Cooper 173 responding.

COOPER: There were a lot of Democrats today with bags of popcorn expecting to see the crumbling of the Trump presidency. That — I mean —

TOOBIN: It didn’t — it didn’t happen. And, you know, there was not a lot of progress made on the Russia investigation. 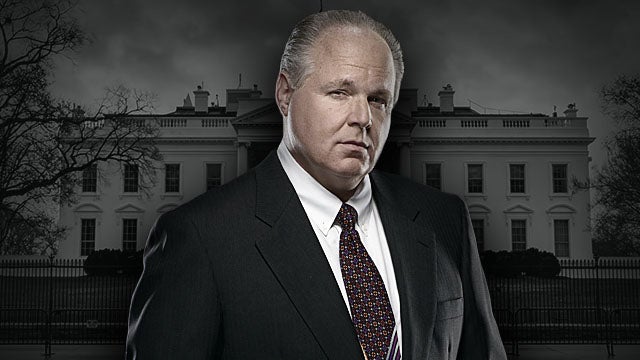 They have not subjected themselves to that aspect of reporting which has discovered this. As far as they are concerned, Trump colluded with Russia, and the hunt for evidence is still ongoing. And Mueller probably has it, and they can’t wait for him to reveal it. Despite everything that’s known! Cohen let them down yesterday. I told you yesterday when this was over that this was a giant come down, that this was not at all what they were hoping for.

But now the Democrats were in charge and now we’re gonna get the truth, that Trump is a Russian spy, colluding and stealing the election from Hillary Clinton. They believe it! I have never seen — I don’t know how to – I’ve never seen such closed-minded, arrogant ignorance as I have seen collectively on display throughout the American media. This is stunning, and it is on the verge to me of being incomprehensible.