RUSH: I just want to say one quick thing. I’ve been running a bit of a test. I thought the most outrageous part of the Cohen hearing yesterday was his closing statement. And I haven’t seen any isolated coverage of it. It’s been thrown in and referenced and talked about in stories about the entire day. But what he said in his closing statement is that he fears, if Donald Trump doesn’t win, that there will not be a peaceful transition of power. (interruption) You didn’t hear him say this? 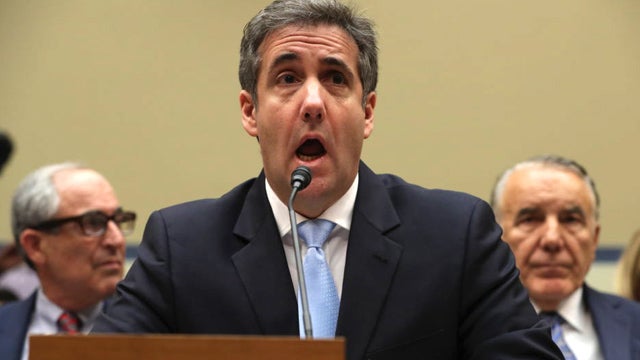 They gave him like two minutes to wrap up and he went through every media, Democrat talking point. We have to stop separating children at the border. Every lie these people believe, Cohen addressed it. There’s no doubt in my mind they have got something on this guy. They have put the fear of God in him about him and his family. But when he said this, that he really fears that there will not be a peaceful transition of power if Trump loses in 2020, what the hell does he think the last two years have been?

We have not had a peaceful transition of power after the 2016 election! That’s what’s going on here! We’re in the midst of a coup that is still underway! We’re in the midst of a bunch of people who were not elected trying to overthrow a duly elected president. And this is the second time they’re trying this. In that presidential debate when Trump said on that day he would not accept — it was a hypothetical. If you lose, are you gonna concede?

“I’m not gonna tell you that now. I don’t know what’s gonna happen on Election Day.”

So Hillary Clinton starts losing her cookies talking about how Donald Trump, biggest threat to democracy, refusing to acknowledge that he will lose and will concede and so forth. We have been dealing with two years of an unpeaceful transition of power! That’s exactly what this has been! And it isn’t Trump that’s doing it!

RUSH: This is William in Orange County, California, next. It’s great to have you. Hello, sir.

CALLER: My question… What I want to mention was that I think that Comey did the Republicans — or Trump — a big favor and didn’t give a favor to Congress, because he brought up that $35,000 of Trump’s money. I don’t know whether they call it campaign finance and anything like that, but Congress has a slush fund to pay off sexual harassment. I think that they don’t want to go that way, I think.

RUSH: Well, you know, this is true, by the way. I’m glad you reminded me of that, William. There is a slush fund in Congress that, if I’m not mistaken, is millions and million dollars of dollars. It is there, and it’s been there for years, and it is there to pay off sexual harassment claims made against members of Congress — and it exists totally legally. It was never said to be in violation of federal campaign law, and it was not widely known that this slush fund existed until all of this came up when it was pointed out.

It’s a massive example of hypocrisy, but it is not illegal to pay off somebody blackmailing you either from your campaign account or your personal account. It’s not a violation of the law! As it was also pointed out, if you’re writing a check for $35,000 (and you’re not Jussie Smollett), the odds are you’re not paying off a crime. Nobody pays off a crime with a check. Nobody hires a prostitute with a check. Not even at the Orchids of Asia spa. People use cash up there.

I don’t know why anybody thinks this is any big deal. As I say, I think Cohen exonerated Trump! Stand by for sound bites 20-9, 20-10. Oh, these two things… Jackie Speier, congresswoman from California. You people think that they don’t believe this stuff? Do not doubt me. Jackie Speier asks Cohen about the golden showers pee tape as part of the dossier, and Cohen says (paraphrased exchange), “I’ve never seen it, don’t think it exists, can’t imagine Mr. Trump doing something like that.”

And then she said, “Well, what about this internet video from a hotel — it’s from a camera in an elevator — that shows him slugging his wife Melania?” And Cohen says, “There’s no way. Mr. Trump would never hit a woman. I’ve never seen him do it. I’ve never seen him threaten a woman or hit a woman. It wouldn’t happen.” So two different times that the left has been out trying to accuse Trump of hiring prostitutes to urinate on a bed Obama and Michelle slept in in Moscow and beating up his wife, Cohen exonerates Trump on both those.

Didn’t happen. Cohen exonerated Trump on other aspects of the dossier. The left was also asking, “What about Trump’s love child? We’ve seen on the internet that Trump has a love child! Do know anything…?” “Trump does not have a love child,” Cohen said. “There’s no such thing as a love child. Never saw it, don’t know anything about it.” Ditto with Trump paying women for abortions. Cohen said, “Nope, nope! Never seen that. Don’t know a thing about that.” There was even a question about whether or not Trump abuses drugs. 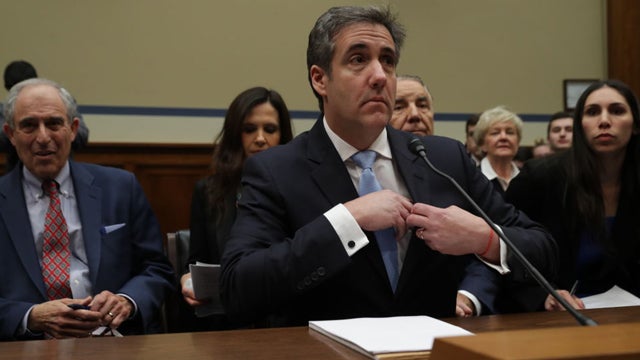 We have two sound bites here from Cohen’s closing statement. Here is the first…

COHEN: Given my experience working for Mr. Trump, I fear that if he loses the election in 2020, that there will never be a peaceful transition of power. And this is why I agreed to appear before you today.

RUSH: All right. Now, I was watching. I had the TV on watching this stuff at home. I normally don’t watch cable news at home anymore. It stopped being educational, informative, and even entertaining, but I kept this on because the hearings were still on when I got there. I saw this, and I stayed seated on the sofa with composure, but I was exploding. This is so obvious. This guy… This closing statement was written for him by Lanny Davis, Hillary Clinton, Barack Obama, and Valerie Jarrett.

I am convinced this closing statement, he was under orders to read it. I don’t know what they’ve threatened him with. There is a story out there that Robert Mueller threatened Cohen with putting his wife in jail for 30 years, and that that is why he’s turned on Trump. Snerdley, lemme ask you. If a prosecutor promised to put your wife in jail for 30 years, would you say and do whatever they demanded you do, or would you let them put her away? (interruption)

Well, I’ll tell you, Cohen obviously did not want any part of his wife going to jail for 30 years. That’s out there from two sources. One of them was at the hearing yesterday. I can’t remember her name. Do you realize how outrageous this is? This is a holdover from the last debate between Hillary and Trump in 2016! It was Chris Wallace who asked Trump if he would accept the election results if he lost, and he said, “I’m not gonna tell you that right now. I don’t know what’s gonna happen on Election Day. I’m not… I’m not…”

What the heck does anybody think is actually going on here, when a bunch of unelected, elitist thugs in the FBI, the DOJ, and the various intelligence agencies take it upon themselves to engage in a series of lies and deceptive tactics to try to convince the American people that the president they elected is a Russian spy? There’s nothing peaceful about this transition. There’s no acceptance by the left that Trump won.

And here’s Cohen saying that the only reason he showed up yesterday is that he’s really worried that if Trump loses, there won’t be a peaceful transition of power? That’s got Lanny Davis and Hillary Clinton all over it! If this guy, Cohen — and I don’t know. If he’s got any kind of conscience at all, I will guarantee you that one… That is so far removed from who Donald Trump is. Good grief! There won’t be a peaceful transition of power? As I say, we’re smack-dab in the middle of what that looks like.

Here’s the next portion of Cohen’s closing statement…

COHEN: I’d like to say directly to the president: “We honor our veterans even in the rain. You tell the truth even when it doesn’t aggrandize you. You respect the law and our incredible law enforcement agents; you don’t villainize them. You don’t disparage generals, Gold Star families, prisoners of war, and other heroes who had the courage to fight for this country. You don’t attack the media and those who question (stammers) what you don’t like or what you don’t want them to say. You don’t separate families from one another or demonize those looking to America for a better life.”

RUSH: Right from the open-borders crowd — and you know what? This closing statement, I haven’t found much attention being paid to it whatsoever. And to me, it is all the proof you need that this guy is a robot who has been caught, who has been set up and is reading the words written by others. Separating families? The swipe here at…? These are the people that kneel and that have public ceremonies celebrating the killing of cops!

What is he talking about here?

Well, we all know.