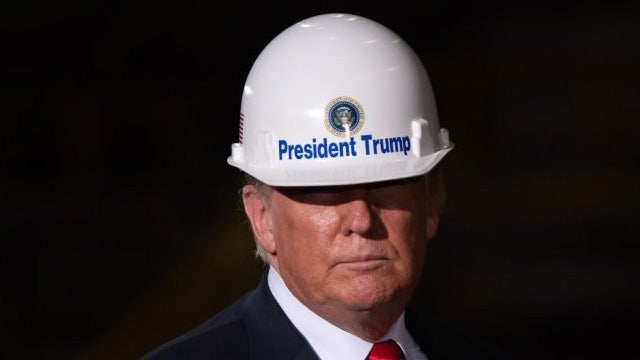 Texas energy boom. Listen. Record 1.54 billion barrels pumped, 352,000 Texans employed in the oil and gas industry, $100 billion in state taxes and royalties collected between 2010 and 2018. The average oil and gas wage is over $100,000. This is Texas alone, as United States becomes totally self-sufficient in energy. The Green New Deal would take all of that away. The Green New Deal would blame all of that for destroying the planet and would eliminate it, and this is the goal!

This is the real goal of what they’re trying to do to Trump, is destroy the economy that he has rebuilt and expanded.