Holocaust Survivor: Trump Is the Emissary of the Messiah

RUSH: Tucson and Ron. Great to have you on the EIB Network. Hello.

RUSH: It’s great to have you, sir.

RUSH: Hey, Ron, that’s pretty cool. You don’t believe in The Messiah but Trump is the emissary.

RUSH: Well, you don’t believe The Messiah has yet shown up because there are so many people that have lived and died expecting to see The Messiah and there hasn’t been one.

CALLER: The Jews are praying five times a day that The Messiah will come in their lifetime.

CALLER: The Christians are praying that The Messiah would come in their lifetime.

CALLER: I don’t think so. Because today, with the electronic technology, you can have all kind of voices, sound, and the faces made up that — 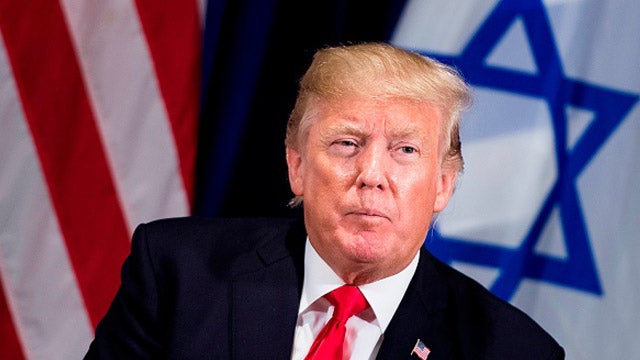 RUSH: I don’t… (crosstalk) No, no, no, no. I don’t mean that. I mean if somebody showed up and claimed to be The Messiah and we assume would have ways of proving it, would he be believed — or she? I will guaran-damn-tee you, no way. The Democrat Party would be the first group trying to undermine whoever The Messiah is, and all their various constituency groups, ’cause there’s no way the Christians could be right, and then…

I mean, it would start… I asked myself this, if The Messiah were gonna show up, what would he or she do to convince everybody. Let me ask this, folks, speaking of The Messiah. Do you…? In the midst of really controversial subjects, debates, periods, eras, wherever, are you confident — do you believe — that there is a final authority somewhere who would be able to answer what’s right and what’s wrong on virtually any controversial question?

Stop and think. In the entire population of the world, the human population of the world, there’s not one person who could be trusted to be the final authority. You know the closest we have to it is the Supreme Court. The Supreme Court is the closest we have in American politics to a so-called final authority. In other words, what they say is what everybody acknowledges “is.” Do you find it fascinating then that of how many billions and billions and billions of people out there, there is no final authority?

There isn’t anyone with the level of trust and acknowledgment, believability, what have you. Nobody. Now, I know. I know you are saying, “Yes, there is, Rush: Jesus Christ.” I understand all that. I’m talking about earthly life right now. “Well, it’s impossible, Rush. That’s what God is, and…” Yeah, well, I understand that too. But what a mess. No final authority. Nobody with the power to persuade everybody. Nobody! Stop and think of that, and then put it in context of solving things. But I understand what you’re saying, Ron. I do. It’s the way he’s showing his appreciation for Trump as the genuine, true defender of Israel and related matters, Jewish people and so forth.