RUSH: I’m gonna take a brief moment here for a miniature caller clinic. We had in the past couple of days, there have been some things happen with callers that — well, they make me feel bad. And it revolves around the fact that people do not get to the reason they called right off the bat.

And I just want to remind everybody, the reason that you were told by Mr. Snerdley and his team of United Screeners of America union members, our screeners are unionized. There’s not much we can do about it when they screw up. I mean, Moe Thacker is the union head, this guy has been running this union of screeners since I got to New York in 1988.

And for the most part, they do pretty well but, you know, I’ve had to suspend Snerdley for being mean to callers before and – well, not mean. Just getting frustrated with them, lack of patience. It hasn’t happened recently. But we had two callers yesterday, the nicest people. And I look at the call board, and the reason that we took their call is because I wanted to talk about what they wanted to talk about, and it took one of them three minutes to get there, and by that time the segment was over so I had to act like that was why she called and say, “Thank you very much, I appreciate it,” and end it.

I hate this. I hate when this happens. I just want to remind you, the reason you are told if you’re on the phone to get to the point is not to be mean. It’s not to be authoritative or authoritarian or any of that. It’s that there isn’t much time here. It seems to me like every three sentences and I’m breaking for commercial. We just don’t have a whole lot of time, and the reason that you are accepted as a caller is because of what you want to say.

There’s a little line or two that gives me a hint or a tip of what you want to talk about. And if you don’t go there, then I immediately start thinking, wait a minute, seminar caller, setup, what have you. My antennae go up, and I get ready to hit the beep button. It usually is never that, it’s just people who want to be nice.

We had caller yesterday who was just the nicest woman, but she was acting — you remember this, Dawn — she was acting like she had just won an Academy Award for getting through because she’s giving shout-outs to – (interruption) oh, she called back today? (laughing) You’ve got her on line 5? Well, by all means, let’s go back. It’s Rebecca in Houston? Rebecca in Houston, you are responsible today for a caller clinic, and you have called back in because — I know why you called back. You didn’t get to what you wanted to talk about yesterday, right?

RUSH: No, I don’t want anybody be embarrassed. I don’t want any caller to ever have anything other but fun when they call here. And, really, when we say get to the point, it’s not for any reason other than time and to keep things moving. 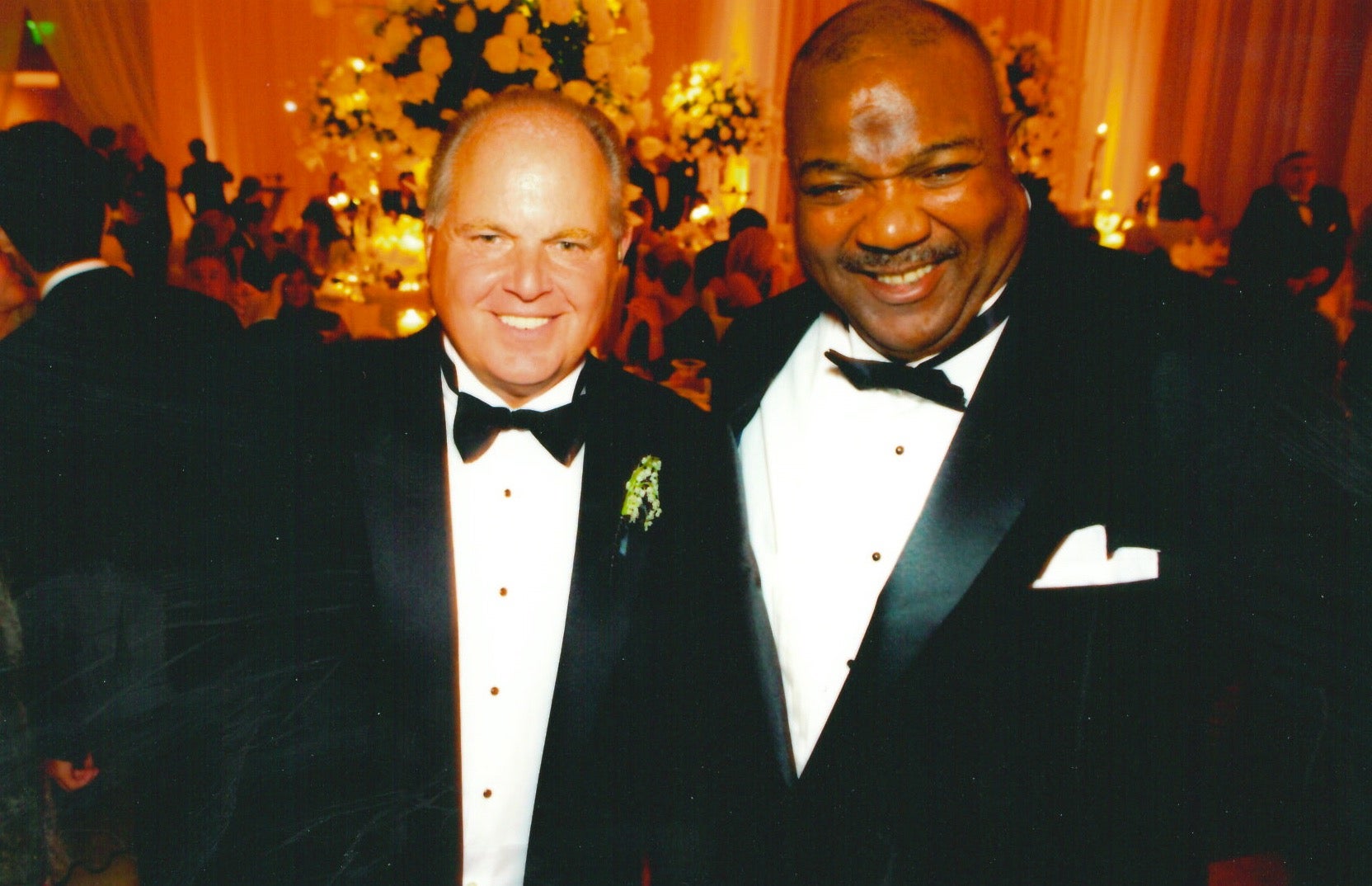 RUSH: Okay. So that’s how this works. All right. So Snerdley’s the best. So Snerdley gave you the upside here.

CALLER: Oh, yeah, he scolded me. He said — (laughing) — I broke his own rules, so I’m embarrassed.

RUSH: Okay. So this worked out. You lucked out and you got through again today after —

RUSH: Normally if this happened, if we knew you had gotten through yesterday, you’d be banned for another 30 days.

RUSH: But we’re trying to help here. We do these caller clinics now and then to help demonstrate how it should be done. So you’ve made it back. We’re gonna forget the ban and let you take another stab at it.

CALLER: (laughing) Thank you. My question is, I raised my daughter conservatively — I have two children — raised her conservatively, and then she goes off to college. And I’d like to know how to — I’m very frustrated because I want to respond eloquently to these Millennials that are buying the snake oil that “Occasional Cortex,” otherwise known as AOC, is the snake oil that — they’re buying the snake oil, and I just don’t understand how to respond to them eloquently because they are —

RUSH: These are your kids you’re talking about?

CALLER: One of my children. The other child I read the first Rush Revere books, I don’t have the rest, but I’ve read those to my younger one. But my daughter that’s in college, you know, I tried to tell her you’re entitled to your own opinion, but you’re not entitled to your own facts. And, you know, immediately they go into defensive mode. And I want to be able to eloquently respond —

RUSH: This is gonna be very — you know what, Rebecca? I have the same challenge here every day. I know that the Millennial age-group is largely represented here. A lot of people think that talk radio audiences, particularly the daytime, skew to older demographics. And we do own the 45-plus demographic. But we’re big 25-54. There’s a lot of Millennials listening here. And I know that they’re listening and don’t call. And I have the same challenge: how to get through to them. 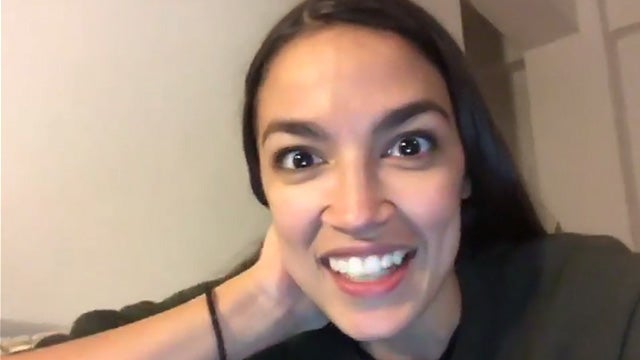 It’s made doubly difficult because not only does Alexandria Ocasio-“Cortex” have star power now, the media is treating her like she is an MIT Harvard graduate. And when the media gets behind someone, it’s really hard to talk anybody out of supporting this person. And I think your challenge here, all of our challenge, is to find ways — and it’s an ongoing thing for me — to counter what people hear in the media. Because if it weren’t for that, she wouldn’t know who “Cortex” is and she wouldn’t know what “Cortex” thinks.

CALLER: And victimization is chic. It’s out there, it’s good to be a victim. I did not raise my daughter like this.

RUSH: Does your daughter want to be a victim?

CALLER: No. It’s just that the whole culture and the college culture, and she’s going to a relatively conservative college, but it’s almost like victimization has become chic. And that’s very frustrating because I feel like everything I say goes in one ear and out the other —

CALLER: And I’m a fuddy-duddy. Yeah.

CALLER: Well, we were military for 20 years in San Diego, and recently moved back to Houston. And so it’s very frustrating because I just can’t seem to eloquently, you know, let her know, I mean, all I come up with is pejorative.

RUSH: All you can do — here’s the thing.

RUSH: It’s doubly tough with a child because they’re rebellious, and they go through phases where they know more than you do.

RUSH: And it’s not hip for them to tell their friends, “Yeah, my mom says this.” “Oh, screw your mom. What do you think?” Parents are not credible sources with young people. It’s a generational thing. All you can do is tell her truth. All you can do is tell her with as much compassion as you can muster and as much concern for her, make sure that when you’re telling her that you think “Cortex” is wrong, don’t focus is on “Cortex.” Tell her you’re worried that she not believe things that are not true, that she’s your daughter, you only care about her. And when you think that she is believing bad things, wrong things, wrong people, you want to at least give her an opportunity or an alternative way of thinking because you care about her.

If you make it about “Cortex” and you say that Alexandria Ocasio-“Cortex” is an idiot and is a child and doesn’t know what she’s talking about, your daughter is just gonna be motivated to defend “Cortex.” So make it about her. Make it about the fact that you don’t care about anything other than your daughter getting the truth about things, because it’s going to matter as she grows up.

And tell her that she lives in the greatest country on earth and there’s literally no reason to be apocalyptic about her life. There’s no reason in the world to think that this planet is going to die. It isn’t. You can tell her that people have thought this since the first humans walked around in the muck and came out of the slime. Every generation, Rebecca, has members thinking it’s the last day, either for religious reasons or scientific reasons or cult reasons.

Every generation has thought this. And you tell her that every generation has been wrong. The earth is still here. It is providing more opportunity, more prosperity for everybody than it ever has! There’s no reason to be running around pessimistic and apocalyptic about the planet. Don’t tell her “it doesn’t make any sense.” Just tell her the evidence is to the contrary.

And if you want to take it real deep with her, ask her what she would do to fix it. Or ask her what we’ve done to cause it. And I guarantee, you’ll get whatever she’s a heard, SUV, CO2, cow farts, whatever it is, and just kind of chuckle and smile and ask her “how long have cows been farting?” You know, “How much pollution do the ChiComs put in the air, the Indians and so forth?” There’s all kinds of different ways to intellectually nuke every argument.

But I don’t think it’s about the substance of the argument. It’s about the need to believe that the end days are upon us but that your daughter’s generation is not responsible. Your daughter’s generation can fix it. And that gives their lives meaning. And that gives them purpose, and it makes them think that they matter. Everybody wants to matter. But you, when you talk to, you’re just trying to save her from the pain and the unhappiness of running around constantly scared, constantly in misery, constantly apocalyptic when none of that is warranted, none of that is occurring.

She ought to be making her life plans based on the abundant optimism that we all should feel because of the blessed fact we’re Americans and that there really is no reason under the sun to think that this place is the hellhole of the planet. It just makes no sense. I gotta go. I’m glad you called, glad you got back in, glad you helped demonstrate the caller clinic. See how things work out when you get right to it there? It’s magic, folks. Actual conversations take place.

RUSH: Yes, ladies and gentlemen, I am fully aware that it’s Alexandria Ocasio-Cortez, but the caller called her “Cortex,” and I did not want to be rude. It’s like when the Reverend Jackson kept mispronouncing Mario Cuomo’s name. He called him Mario “Coomo.” So as not to humiliate and embarrass the Reverend Jackson, we called him “Governor Coomo” as well here. So that’s just my attempt to be polite, folks. I mean, how do you like to be corrected all the time when you’re out there speaking? So if the caller thinks it’s “Cortex,” what the heck! 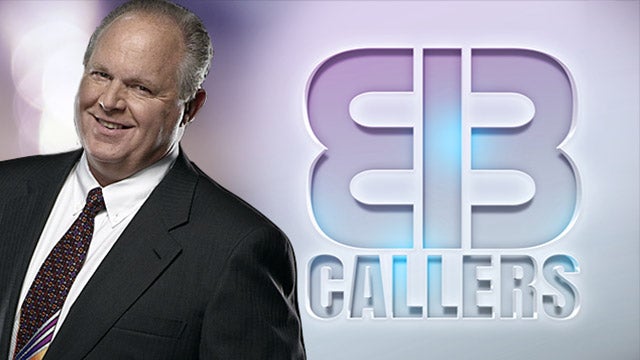