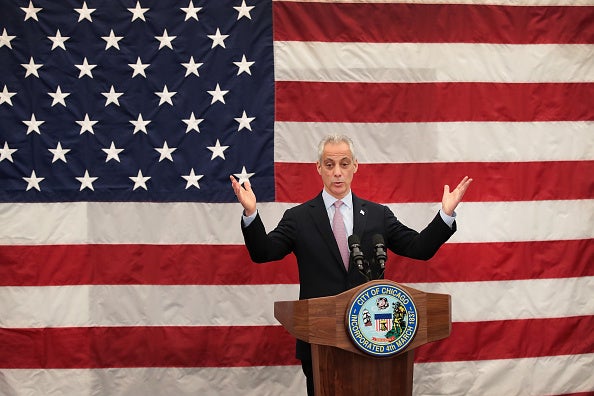 RUSH: I found out where Rahm Emanuel is and why he didn’t show up. You know what he’s doing? There is a big convention in Chicago called Women4Climate, Women and the number four, Climate, Women4Climate. That’s where Rahm’s hanging out. He’s had about 15 tweets about it. Talk about another hoax, another left-wing hoax. We are dealing with hoaxes that are launched and promoted by the Democrat Party and their supporters, their voters, and of course the Drive-By Media. And it seems like more and more of every busy broadcast day is spent blowing up these hoaxes, proving that they’re not true.

Women4Climate — what in the hell — what are they gonna do about it at a convention? Women4Climate.

You know, the New York Times has a story — this is off the subject. I just remembered this, though. The New York Times, they’ve got a woman, national political reporter, I think her name is Lisa Lerer. Anyway, a big story on all the Democrat female presidential candidates getting together to complain about all the questions they are asked that men are not. So we’re gonna sit here, if we’re lucky, we’re gonna watch the Drive-By Media drive a wedge between its own self and its candidates.

The women in the news media are now trying to sponsor this idea that women candidates have a much tougher row to hoe because they don’t get asked the same questions that men get. Men get easy questions. These women are being asked questions that men will never be asked. Of course, now, the men are gonna have to react to that. They’re gonna have to go to the Crazy Bernies and the Bidens and the Bookers. “Do you think that you get easier questions than, say, Kamala Harris and Elizabeth Warren are getting?”

This is gonna be fun to watch because these people are so destructive. Liberalism destroys, it destructs things, it’s going to destruct itself in part, I think, during this campaign. It will be fun to watch because these people are not steeped in reality. They have an image of America that they hate and despise, and they’re going to be doing everything they can to make as many people believe that that version of America exists so that more and more Americans will hate America. And I don’t think more and more Americans want to hate their country. 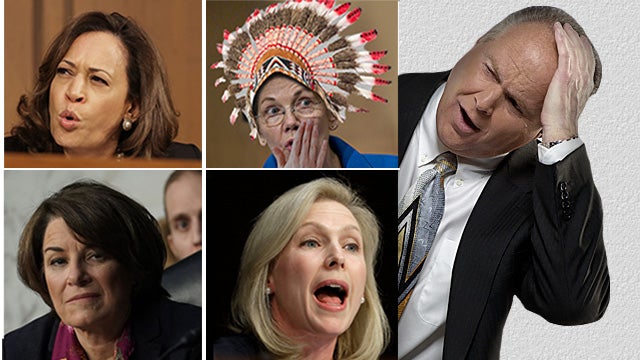 And the fact that 20 Democrats are gonna be competing with themselves to see which one can pretty much signal they hate the country the most, it’s an opportunity for us. And that will happen. Now, they’ll never use the word “hate.” It’ll just be this never-ending legion of complaints about all the injustices and immorality and the unfairness and the inequality and all this that supposedly is the United States. And they’re all gonna be having to one-up each other. You can see what’s happening to somebody that’s identified as a centrist, Howard Schultz, the Starbucks guy. They’re trying to drive him out of the country, not just the party.