Twitter Idiots Think Trump Made a Trail of Tears Joke

RUSH: A man, a legend, a way of life. You know how nuts these people are? You know, Trump’s out there… Elizabeth Warren, Fauxcahontas announced she’s gonna run for president, and Trump says (paraphrased), “Hey, welcome. We’ll see you on the trail,” and Twitter goes nuts thinking that he’s insulting her relating the Trail of Tears! He uses a time-honored, almost a cliche. (paraphrased) “Hey, we’ll see you out there on the campaign trail,” and they assume Trump is insulting her! She’s the one that has the explaining to do. 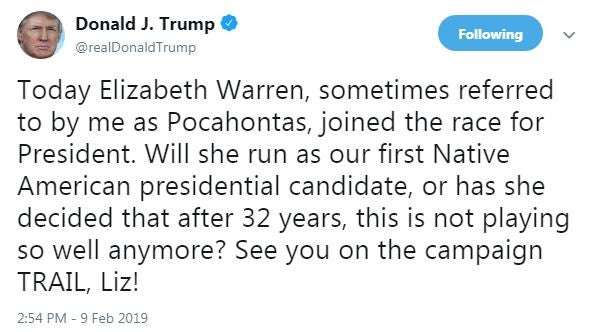 She’s been lying for how many years now about being an Indian!

So Trump says (paraphrased), “Well, hey, Fauxcahontas. Great to see you out there on the campaign trail,” and Twitter goes nuts and she goes nuts over being insulted by being equated with or analogized to the Trail of Tears. These people are nuts! I mean, it’s inexplicable. If you haven’t heard this and you just heard me say it, you say, “What? What?” I know. It doesn’t make any sense. How many of you have heard the term “campaign trail”? So many times in your life I couldn’t count them, right? Trump puts it in his tweet about Elizabeth Warren; all of a sudden, he’s insulting Indians and hoping she dies, all because he calls her Pocahontas. 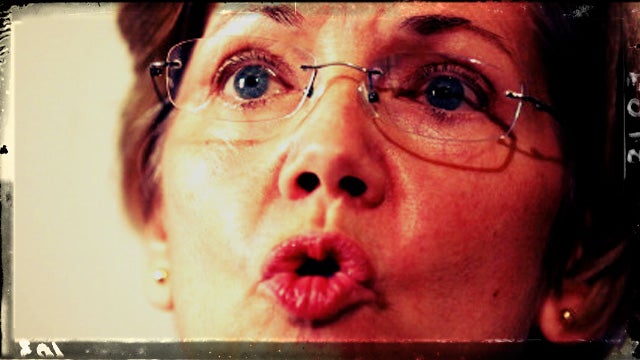 Well, that’s because she was always a fake Indian.