RUSH: This is representative Al Green, Democrat from Texas on the House floor yesterday. 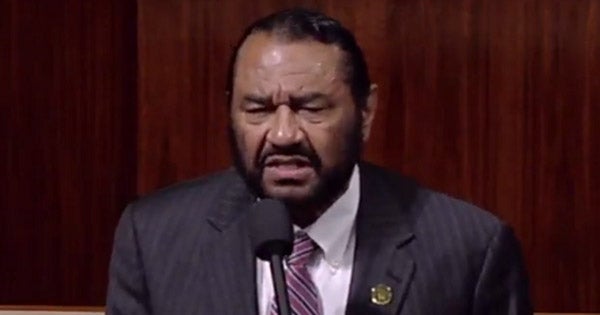 Well, you don’t want to find him. You’d rather sit there, just like you praised Bill Clinton how great he lies, you are praising Ralph Northam how great he hides. You’d think this stuff would make the American — the American people would hear and see this and say this is absolute caca. But is that ever the reaction we hear about it?

RUSH: Pittsburgh is next.  This is Tim.  Great to have you, sir.  I’m glad you called on Open Line Friday.  Hi.

CALLER:  I want to thank you for everything you’ve done, and God bless you and your family.

CALLER:  My question is: Where are the protests? Where’s Black Lives Matter? Where’s the sexual assault group that was beating down the Supreme Court doors?  Where are all these people — the rent-a-mobs — in Virginia and other places?

RUSH:  Al Sharpton has flown into Virginia, and they’re ignoring him!

CALLER:  Oh, yeah, I saw him say something earlier today, believe it or not.

RUSH:  That’s right. The Reverend Sharpton is down there and they’re totally ignoring the guy.  They have literally… Do I have a sound bite on this?  I’m looking very quickly.  I’ve seen either that or a story… Is it No. 8?  It is!  It’s audio sound bite No. 8.  Justice Brother Al Sharpton lands in Virginia and had this to say, and nobody’s paying him any attention… 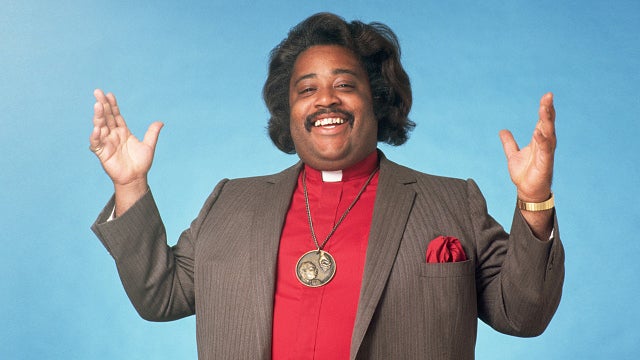 SHARPTON:  There will be some that try and act like blackface is just some cultural thing that we would do like some of us used to wear bell-bottom pants.

SHARPTON:  That is not what blackface is.  Blackface is the instituting of the denigration —

RUSH:  Right, and I just got a press release.  Virginia Democrats have essentially announced (accent), “They ain’t gonna do anything to Ralph No’tham or to Justin Fairfax or the other guy.  None of their bid’ness.  They gonna sit back and they gonna wait for it all to shake out.”  Official announcement, Virginia Democrats.  I told you from Day One what the strategy was gonna be here.

Let this go five days, six days, however long it took for the media to get on to something else — and it’s working.  Ralph Northam is nowhere to be found.  He has gone underground.  You can’t find him, and it’s one of the rules of media: If they can’t see you, they can’t get mad at you — and it’s a rule that was proven by Hillary Clinton.  The more she was visible, the worse her approval numbers got.  The more invisible she was, the better her numbers did.  Tim, I appreciate the call.  Thanks very much.