RUSH: Here is Ben in Myersville, Maryland. Welcome, sir. You’re next. It’s your turn. Your big showbiz break. How are you?

CALLER: (garbled) Good. Thank you, Rush. I just want to let you know I took one for the team last night and turned it to CNN immediately following the speech before the polls came out. What was priceless is watching CNN have to report that 76% of the country approved of his speech. But before that, the very first thing they started talking about, they got Van Jones saying that this was an incoherent rambling of cookies and dog poop. 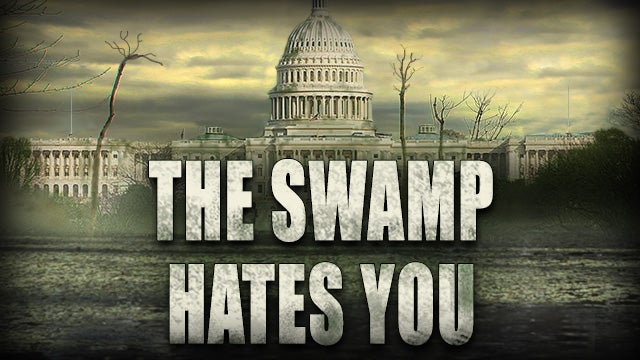 Gloria whatever her name was said it was so divisive, of course. Then started saying what a low-energy speech it was. And he was not on his game. Very sloppy delivery. (garbled) Of all fellas, we get Rick Santorum up there (garbled) uh, the token straight, Caucasian, male Republican. He actually agreed with them that it was low-energy and this was not his best speech. Well, did they think he was gonna come out like he was at a Trump rally in a State of the Union Address? I mean, give me a break.

RUSH: Well, that says interesting. They said it was low energy and Trump was off his game? I think all that is, is people who were shell-shocked, and they have to come up with some criticism. Remember what everybody here is doing. CNN is playing to the invisible Democrat base of Twitter people that are insane, who hate Trump, and so CNN has to give them knowledge. CNN has to convey, “Don’t worry, we still hate Trump too.” The Democrats have to do the same thing although I don’t think there’s much difference in the Democrats and their base.

But, believe me, everybody in that room last night, including on the Republican side (maybe not) — a lot of people — were shell-shocked over that speech. I mean, what’s the big criticism we’ve heard of Trump? “He’s not presidential! He’s too off the cuff! He’s too gauche! He’s too crude! He’s just an absolute barbarian.” We had somebody last night that was… According to their own definition and their own requirements, we had somebody who was the epitome of presidential last night.

They were shell-shocked by the content. They were shell-shocked that Trump appeared to be reaching across the aisle on some things. They were shell-shocked on every aspect. They know they had their lunch handed to ’em twice. They got tricked into applauding something that they actually don’t support. I mean, you can’t at the same time be eager for abortion to happen even after birth and then sit there and act like you’re really in love with the idea of family leave where the mother bonds with the infant for six months paid for by the federal government to strengthen family values.

That’s… I mean, the Democrats like paid family leave, but he ran a massive, massive pivot on them there — and then point-blank saying that America will never be a socialist nation. And they all saw their instant polls. CNN, CBS, PMSNBC, they all had their instant polls. Seventy-two percent liked it. Seventy-seven percent liked it. Seventy-eight percent agreed with him on immigration. And look, folks, remember the first point I made today: The entire anti-Trump effort has been to get his approval numbers down to the point that his party would officially abandon him in Congress, in Washington. 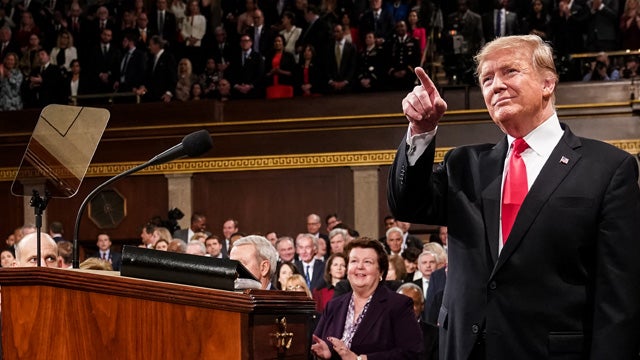 All of this, the collusion story, the Russians, all of this has been designed to split you away from Trump, to isolate him, to have no public support, very low job approval numbers. He’s still two points higher than Obama after the speech where Obama was at the same time, and he got these flash poll numbers last night that were off the charts positive. Their primary objective at which they have spent two straight years 24/7, every day there have been multiple stories, 92% negative media coverage, and here’s the guy, he’s beat them. They’ve thrown everything they’ve got.

Everything in their arsenal that destroys Republicans in the past they’ve used. Not a one of them has worked on Trump. And I’m telling you they are beside themselves at their inability — the media too. The media, it never takes ’em two years to destroy somebody once they target the person. But they can’t even make a dent. And I’m telling you, all of these things are driving them crazy. And for all these people, “He’s trolling himself.” They know full well what happened last night, and they’re scared to death.

ANDREA MITCHELL: He misstates the situation on Iran, misstates what the reality is about the INF treaty and Russia.

CHUCK TODD: The phrase “theater of the absurd” is running through my head.

JOE SCARBOROUGH: The speech was just packed with lies.

JOHN BRENNAN: Donald Trump raised to a new level the demagoguery, the hyperbole, the chauvinism.

ANA NAVARRO: We already know this guy no matter how much kumbaya.

JOY REID: It was so grandiose and over the top. It was brown scare.

JOHN KING: Did not mention climate change in even a sentence is just frankly a disgrace.

NICOLLE WALLACE: Someone with absolutely no attachment to anything he says.

RUSH: And there you have it, folks, your modern-day Drive-By Media and Democrat Party. That was Joy Reid, “So grandiose over the top. It was the brown scare.” See?

This is Ralph in New Athens, Illinois. Welcome to the EIB Network. Hello.

CALLER: Hello, Rush. You asked if President Trump looked presidential last night, and he looked like the same president since the beginning of the campaign. He’s always been inclusive, not exclusive.

RUSH: Yeah. I mean, he didn’t do the Trump that you see in rallies, primarily because this was a telepromptered speech and the rallies, some of it’s promptered, but most of it is improv. But this was — I mean, every word said last night was written and intended and rehearsed. Exactly what presidential does.

CALLER: It was on the teleprompter, but he really believes it, you know, so it doesn’t come across as telepromptered, where Obama, he —

RUSH: Wait a minute. Just because it’s on the prompter, I’m not saying it’s insincere. I get your point. He was totally sincere. Everything in that speech he meant, yeah. I think it’s promptered because these are historical speeches and they’re well thought out, they’re rehearsed, they’re written. Every word is where it is for a purpose, and they want it to go on record as such. Not that any of it is insincere, quite the opposite. It’s to make sure that everything they think important they do get stated when they want to state it.

CALLER: You were talking about Elizabeth Warren being phony with that TV ad. Trump is the only president who didn’t wear blue jeans in Iowa. Now, he is who he is. And, you know, like it or don’t like it.

RUSH: You know, that is an interesting point. He’s talking about the recent spate of ads. Fauxcahontas was in one. Brooke Baldwin, CNN, one day, Trump was calling her Pocahontas all day. “Why does he keep calling her Pocahontas? I don’t understand why he calls her –” Because she’s a fake Indian! She’s faking it! You don’t understand this? They have no sense of humor.

Anyway, she’s got a video here to make herself look like a real guy and tells her husband, “Hey, grab me a beer from the fridge, dude.” Grabs a beer, she opens it with her mouth, clamps the top of the bottle and so forth, trying to look real, wearing blue jeans and so forth. Trump is resplendent in coat and tie 95% of the time he is in public.