Why Won’t the Catholic Church Stand Up to Cuomo?

RUSH: Let’s get started on the phones. We’ll start here with Tom in Riverdale, New Jersey. Great to have you, sir. Welcome to our program. Hi.

CALLER: Hi. Rush, I have a perplexing thought, which is, why are people — I’m using good people now — such as our cardinal here in New York, can’t come out and do his job? I view it as based on what the governor did in New York and people are attempting to do in Virginia, there’s infanticide, and things of that nature, and they’ve legalized it and institutionalized it. In my case, I’m a Catholic, I’m wondering why he doesn’t excommunicate someone like the governor of the state of New York. As an example by his silence, right, he’s not condemning them. And the thing is, there’s an old saying. Evil can only thrive if good men keep silent. And your actions are what you do and how you’re interpreted. I’m just perplexed by this. I’d like to have your insights, possibly.

RUSH: This is a question that has been going back and forth ever since his father, Mario “The Pious,” was governor of New York. And this predates Cardinal Dolan. We’re going back to Cardinal O’Connor now. You had Mario who, for his day, was no different than Ralph Northam. I mean, whatever the most extreme position on abortion was back in the 1980s and the early nineties, then Mario Cuomo held it.

And so people are saying, “How in the world, how in the world can the Catholic Church not say something about this? How can they not refuse communion, how can they not excommunicate?” And the way governor Cuomo explained this (paraphrasing), “Well, I separate my political views from my religious and personal. I don’t feel I have the right to impose my religious views on the American people.”

So that was his out. “Yeah, I’m a Catholic. And, yeah –” He wouldn’t even say he’s opposed to abortion. He would let people infer that. He wanted people to infer that because he was Catholic, he was opposed, but his politics and the right to choose and a woman’s freedom, that was different than his religious view. And he can’t take his religious view and impose it on the American people in the context of politics because that violates separation of church and state. That was his answer. That answer satisfied the Catholic Church. 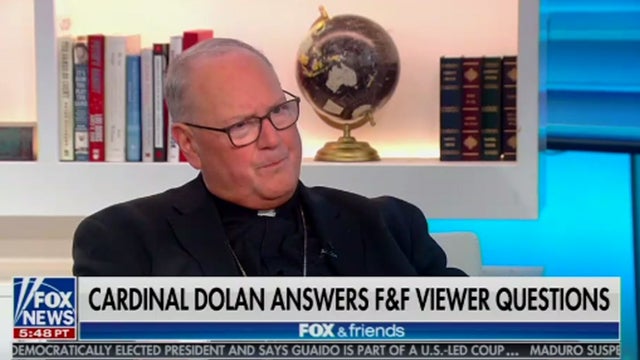 Now, the answer, although slick as it can be, is also bogus as it can be because Governor Cuomo and now his son, Governor Cuomo, they inflict their personal religious views on people all the time. This idea that they have a dividing line on what they believe personally does not find its way into politics is just a crock! They feel the need to impose their views on the American people constantly! Just look at taxes!

So they have an out here by saying, “Well, these are my religious views, and I don’t feel I can impose them on the American people. My political views have nothing to do with my religious views because of separation of church and state.” That’s all the Catholic Church needs to hear ’cause they don’t want the controversy. They don’t want to have to excommunicate the governor of New York when the state is represented by 75% liberal Democrats. I mean, the Catholic Church is a fundraising organization as well in addition to everything else.

But what you’re really asking is, what has happened to the backstops? What’s happened to the institutions that everybody has always relied on when individual strength is not enough. When our society at large, when our culture at large needs an institution to stand up for justice and what’s right, where is it? That’s what you’re asking me. And I think there are many different answers for this, many different explanations.

I used to believe — and was wrong — I remember telling people 25 years ago, when the militant gay community was storming Mass at St. Patrick’s Cathedral and bombing Cardinal O’Connor with condoms and so forth, I remember telling people the church cannot moderate, church cannot modify to fit the zeitgeist, the spirit of the times. The church is the church. The church is teachings. The Catholic religion is what it is. It does not bend and shape and flake and form to accommodate societal evolution.

I don’t know if that’s true anymore. And this is what your question really is about. And the Catholic Church is not the only one. But you mention it. That’s why I’m addressing it. There are all kinds of these institutions. The law. We have a two-tiered system of justice now. What is immigration law worth if nobody’s going to enforce it and if there are people actively seeking to promote breaking that law with impunity? 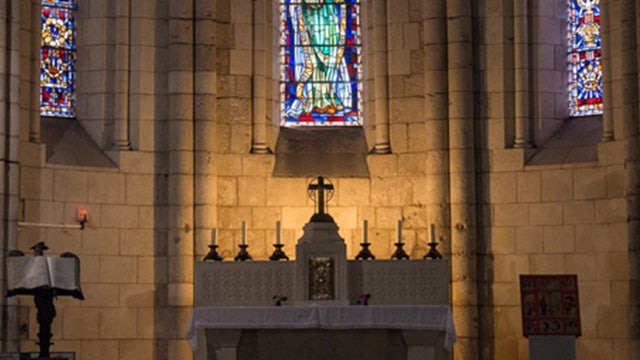 We’re too far gone now. Our country can’t remain as founded if this stuff isn’t checked. And that really is the question. Do enough people in the country want this nation to remain as founded, and do they even know what that was or is as a result of their education?