Why I’m an Apple Guy

RUSH: Here is Brian in Minneapolis as we head back to the phones on Open Line Friday. Glad you called. Hi.

CALLER: Hi, Rush. I was wondering if we could switch a little gears here and talk about tech.

CALLER: Why don’t you ever talk about Android? Why are you an Apple guy?

RUSH: Well, I learned on Mac. I learned computers on Mac and then I just gravitated to everything else Apple because of the ecosystem, and I’ve never been curious other than to… There’s never been… Apple has yet to disappoint me. It’s something else too. You’re gonna find this strange, maybe. The fact that you go buy an Android phone and you’re not gonna have that operating system upgraded for years. Android just doesn’t upgrade. I am so addicted to operating system upgrades, featuring additions, new capabilities on the phone that Android just doesn’t offer, unless you go out and buy a new phone by a different vendor. It’s such a fractured operating system that I don’t think I could ever get comfortable with it. 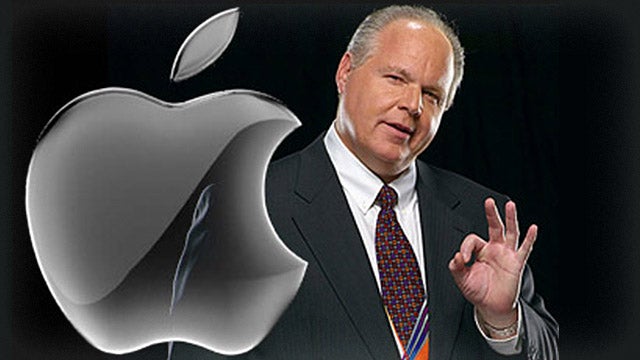 CALLER: I would love to hear a review from you after doing a week on a Pixel, which does get updates instantly. A good tech review by Rush on Android operating system using a Pixel phone for a week. If we can make this happen, I would be more than willing to purchase it for you and send it to you.

RUSH: This is the one with the great new camera tech that basically you take a picture in the dark and it looks like it’s broad daylight?

CALLER: Yeah. I mean, one of your big concerns with Android was that you just said that it doesn’t get operating system updates instantly. Now, that would be true for, like, Samsung or LG or Motorola. However, Pixel is Google’s operating system, and —

RUSH: And Google is getting ready to abandon… Well, they’re not gonna abandon Android, but they’re come out with something. What is it, Google Q or some such thing?

RUSH: Anyway, here’s a problem. I look at the… I’d be happy to do a review, but I look at the sales of the Pixel 3, and I don’t mean to be insulting here. I’m just looking at the market. I’m not trying to talk you out of what you love, but nobody’s buying them, compared to other phones. Now, that may have more to do with marketing and other things. But I’ve never been disappointed enough with what I’ve got to want to try something else, is the basic answer to your question.

RUSH: There are a couple of other things that I want to add in answering the previous caller’s question, “Why not Android over Apple?” The vast number of reasons are totally due to Apple and not much to do with Android. I actively love my Apple devices. I am immersed fully in the Apple ecosystem. I have no desire to leave it. There is… For example, I don’t use the phone much because of my hearing. My primary communication tool in life is iMessage. It’s not on Android. Apple has not ported it to Android and they probably will not.

It remains one of the five or six big reasons to buy an iPhone in the general public realm. People that are not particularly associated or that haven’t yet developed a fan relationship with either operating system, if most of their friends have iMessage, they’re gonna get that too. And it just isn’t on Android. But I actively love these things. I have no desire to move. Now, that’s not to say I wouldn’t have fun maybe toying around with an Android phone.

But to switch to Android as my primary operating phone would never, ever happen, unless Apple blew up, something happened and they stopped making new products, stopped updating existing products, then, of course, drastic action would be required. And this is what I grew up learning. I got my first Macintosh in (what was it?) 1985. The Apple IIc, and then my first Macintosh was after that, the SE/30. And it just what I learned on. I never have learned Windows.

I never learned what preceded Windows. There’s another thing, too, folks. I have to be honest about this. I am loyal to Apple because the tech media hates them. The tech media, I think, is paid for by Samsung and Google. Some of the crap that’s written about Apple, some of the absolute garbage makes me want to be loyal to Apple just to stick with them because of the rank unfairness in tech media. It’s no different than the Drive-By Media’s unfairness and rank bias against me as a conservative or Republican.

So, I mean, there are a lot of reasons, but it’s not because I think Android sucks. So don’t anybody think that. I don’t know. I’ve just never used anything Android. So, if it sucks, I don’t know it. I have a good friend. His sons use Android. He’s big on iOS. His sons demanded that he try a Pixel 3. He didn’t like it. He didn’t like it. He didn’t care enough… He didn’t want to spend enough time to try to figure it out. It didn’t meet or get close to what he’s come to expect to be able to do with his iPhone.

These things are largely manufactured that way. But the Apple ecosystem, in terms of marketing and construction, it’s brilliant the way it’s been put together and the way it does ensnare people like me. I know what they’ve done, and I don’t care. I know exactly how they’ve snared me. I know they don’t like me politically. But I don’t care. Using their stuff is fun and productive at the same time. So that’s the full-fledged answer.