Here We Go Again! Your Host Accused of Being Out of Touch

RUSH: Here’s Liz in Madison, Wisconsin, just beginning to thaw out. How are you doing?

CALLER: (giggling) Thanks for taking my call, Rush.

CALLER: I had a question. Actually I came off from working out and I turned you on the radio and you were talking about how the government shutdown was being so dramatized. And I agree. And I told your buddy there that I truly admire you and I listen to you and you say pretty much what we are all thinking but maybe don’t get the outlet to say. But something that I had a hard time is when you’re saying that okay, you know, two paychecks and it really didn’t affect anybody. I’m one of those people it didn’t affect, I’ll admit. But at one time in my life it would have affected me.

I think sometimes maybe there’s a way of relating to the people who are your avid listeners and are Trump supporters who are living paycheck to paycheck. I remember one time when I was, and it was like, “Well, do I pay my car payment or do I put gas in the car on do I pay my insurance?” And I thought, “Well, I guess if I don’t pay my insurance, I could drive the car,” and there was a time when two paychecks would have sunk me. And sometimes… And I know the upper echelon and some of this… None of us have a hitch in our giddy-up right now. A lot of us don’t. But there are a lot that do, and that just kind of hit me a little funny because it felt a little bit out of touch with a lot of those people who listen to you.

RUSH: Ah, there we go. This has come up over the years. I’m really glad you called and I’m glad you hung on until I was able to get to you.

RUSH: Over the course of the entirety of this program there have been periods of time where I have been accused of being out of touch, been accused of not understanding how difficult life is for people and sounding above it and uncaring about it. It goes in spurts. You misunderstood something. I was talking about… I was lampooning the people who claimed that 400,000 or 800,000 government workers being out of work for two paychecks would bring our economy to a screeching halt.

That’s what I was mocking, not the people that missed the paychecks. But the idea that 800,000 people in government or anywhere would bring our economy to a screeching halt. It was wrong! They didn’t know what they were talking about. Not only did it not matter, we created a record number of new jobs. My comment was about the media and how they’re constantly getting things wrong, their economic experts are wrong in their forecasts, and all it was was an effort to rip into Trump, blame Trump for the shutdown. 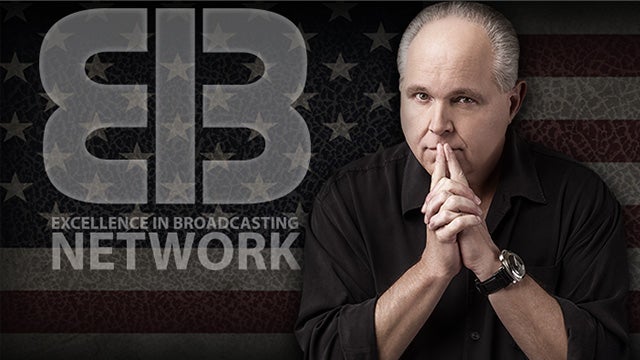 They wanted the economy to come to a screeching halt. They want people to be hurt. They want people in pain so they can go do these hard-luck stories and point it out and blame it on Trump! Well, I sit here in steadfast earnestness to deny them that right. They’re not gonna get away with lying about the guy, at least during these three hours of the day. People… I have been exactly in the situation that you described. For five years, I was in that situation at what many people think as the prime of life. Let’s see, it was 1979. So I was 28 years old.

From 28 to 33, I made $12,000 to $17,000 in five years. I could not afford my house payment and the Mastercard payment in the same two-week period. Mastercard wouldn’t move the due date. The mortgage people wouldn’t move the due date. I was late on one of them every month, no choice. Grocery stores didn’t take credit cards back then, but Qwik Stop convenience stores did. So that’s how I managed to get by. I didn’t have an expense account. I didn’t have any other way of generating income.

I was stuck there.

I have been fired seven times in my life, or maybe more now. I’ve been through all of these economic challenges. One time I was fired and out of work for six months. So I’m not a stranger to any of this. But what I’m not gonna sit here and permit is for the media to lie about this. And the idea was that virtually every one of these federal workers… After missing one paycheck is when we got the sob stories! After missing one paycheck. And these people were going to get that money back. They were gonna get their back pay.

The president assured them and promised them that. So in the end they weren’t going to be out anything. They were being used as pawns by the media to attack Trump, which I am not gonna… If they’re attacking Trump and lying about it, they’re not gonna get away with it here, as far as I’m concerned. Look, I try to keep in mind what you’ve mentioned all the time. I understand what life is like, and I understand financial pressures, and I understand the decisions that have to be made.

I try to constantly keep that in mind as I talk about things here. But what this was, was the media trying to say that these federal workers being… It was a multifaceted lie. It was trying to elevate the importance of federal workers. I don’t know about you, but how many of you got a little…? How many times has the media come and cared about the hardships you face in life, yet here come some government workers who are not doing badly! Government pay is not… Have you seen the wealthiest per capita area is Washington, D.C., now! It used to be Maryland!

There is more money per capita in Washington, D.C., than anywhere in this country. The people that work there are not hurting as related to some of the other people around the country. Missing a paycheck? The media comes along, exploits that, acting like it’s the greatest injustice. (sobbing) “Oh, it’s a disservice! How can we do this to people devoting their lives to helping us in the federal government?” It’s a crock. It’s media BS. That’s what I was calling out. I was not in any way attempting to gloss over whatever hardship and suffering might have been experienced by missing a paycheck or two. 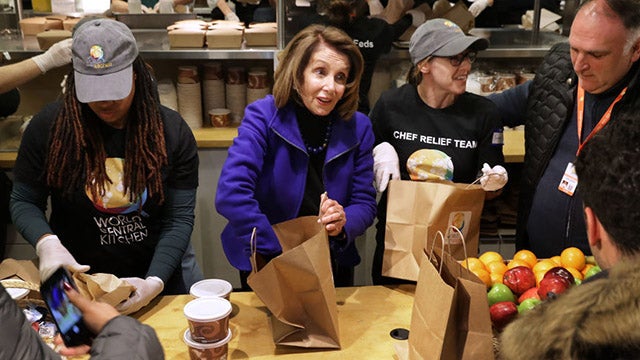 And if you think I sounded arrogant about that? Well, I’m glad I got the chance to correct you on that. Thanks for the call.

RUSH: You know, this business of me being out of touch, it comes up, as I said, now and then. The last time it came up, the gasoline price was skyrocketing. And it was a mystery to why. We were going through the usual belief that some wizard behind the curtain somewhere was in charge of the levers that were causing gasoline — I mean, you had people working at Fox News that were saying that this is what’s going on, it was the oil companies that were jacking up the prices because they can and blah, blah, blah.

And I was speaking very distrustingly of that. I didn’t buy that for a second. I don’t think there’s anybody with that kind of power that could affect the price of gasoline and the variables nationwide. Market forces are the only thing big enough to cause that. So a guy called here and claimed I was out of touch. That I should have been among those, because of the people in my audience, I should have known, the price of gas going up, “It’s hurting people and you don’t sound like you understand that.”

And I said, “Sir, you really need to think about this.” I asked him, “Do you know what the price of jet fuel is?”

“Well, I’ll tell you what. It’s four times what you’re paying for gasoline. So you know what I’ve had to do? I’ve had to order my pilots to slow down to 475 miles an hour just to be able to fly the thing.”

“Oh, wow. I had no idea.” So these things affect everybody. (laughing) I did. I told him that. And he understood then that the pain and suffering was everywhere, not just with him.