RUSH: Howard Schultz. You know, this guy… This guy is really opening a bunch of sores in the Democrat Party. This guy is engendering as much hatred… I mean, he’s on a par with me. He’s on a par! They’re close to hating Howard Schultz as much as they hate me. Howard Schultz is running as an independent. That’s his first transgression, because everybody on the left knows that Howard Schultz is a Democrat. He’s donated beaucoup, hundreds of thousands of dollars to left-wing candidates, Democrat causes. 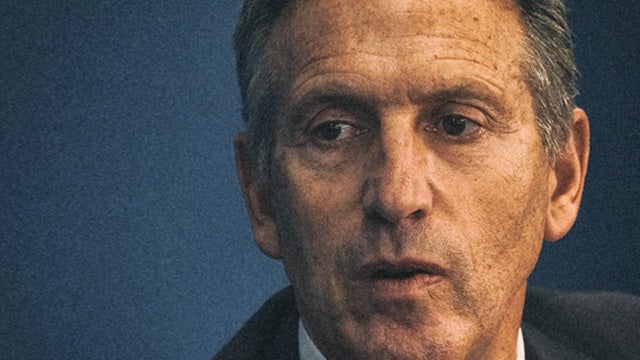 But now he’s running as an independent for probably strategic reasons, as well as he’s got some problems what the Democrat Party’s become and his main problem with what the Democrats has become — and I find it fascinating he’s the only one to come out this way! It is really instructive to note that no matter how radical this party gets, not one Democrat anywhere stands up and asks them to rein it in.

Whether it is killing of children after birth, or whether it’s just rampant, runaway, give-everything-away-in-life spending, or any other form of the radical behaviors like 12 years before climate change wipes out humanity, nobody on the Democrat side is willing to stand up and point out some of this lunacy. Except Howard Schultz is. He’s standing up and saying, “What is this Medicare for all in insurance companies?

“This is absurd. We can’t do that! It’s literally absurd. It’s not gonna happen. We can’t do it, we can’t afford it, and we ought not be telling people they can get it.” Well, the Democrats don’t want to hear that. They already fear that him running as an independent is gonna elect whoever the Republicans nominate, Trump or anybody else, because it’s gonna split the Democrat vote. Then the second and third reason they’re mad at him is because he’s not apologizing for being a billionaire. In fact, he’s out acting like he’s very proud of being a billionaire because of how he did it.

That’s who the American dream is for. Anybody else who thinks it’s for them has been fooled and lied to, and the Democrats are gonna wipe that out. There is no American dream! You can’t have anything in America anymore because the powers that be won’t let you have it. That’s why you need to elect Democrats to get some of these things, because giving them to you is the only way it’s gonna happen, and the Democrats are the only people who are gonna give it away.

Howard Schultz is just throwing up all over that, and he’s claiming great pride in himself for having utilized the American dream to realize his success and his fortune. So there’s a story here at PJMedia.com: “On Wednesday, former Starbucks CEO Howard Schultz shot down an attack from Sen. [Fauxcahontas] (Democrat-Massachusetts), who said that because he is a billionaire, he is out of touch with America.” Remember, she’s the nutcase that runs around telling people, “You didn’t build that!” People that started their own businesses and become independent successes. 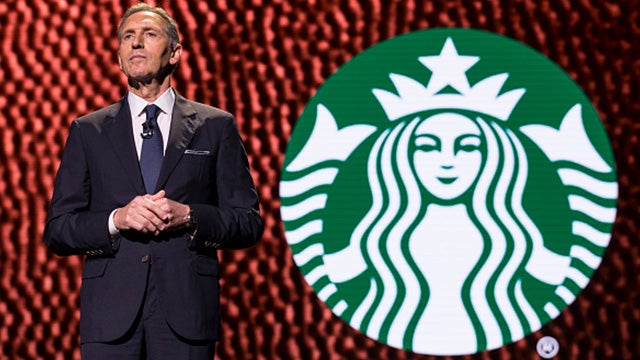 It’s a sick and perverted way of looking at things that he doesn’t accept, but because he’s… See, you know what else this proves? Why do they not go after Bill Gates? Why don’t they go after Warren Buffett? Why don’t they go after Jeff “Bozos”? There are a lot of billionaires out there, and a lot of them have more billions than Howard Schultz has. Well, you know why they don’t go after them? Because those guys all apologize for being billionaires. Those guys all support, supposedly, higher taxes on the wealthy. Those guys have built grand estates that are walled off or moated off. You can’t get to ’em.

But nobody complains about it because they act guilty about it and they criticize themselves and they criticize their own. The Kennedys did. And so people give them a pass. The people with pitchforks, the peasants with pitchforks are not worried about Gates, they’re not worried about Buffett or any of these other guys, Jeff Bezos. But when Howard Schultz comes out and says he’s very proud to be a billionaire and he used the American dream to get there and then asks, “Isn’t that what this country is about? Isn’t that what we’re supposed to do?” He’s very proud of this.

No, no, no, no, no. On the left you’re not proud of being wealthy. Not publicly. You condemn it! You never offer to give it away. No, no, no. You never offer to give it back. You set up a big foundation where you’re gonna save people from malaria with a bunch of mosquito nets or whatever else, like Gates does, but you don’t ever really give it away. You just act like you want to give it away. You make a pledge to give it all away when you die. You tell the world my kids are not getting much of my fortune at all, just enough for 10 lifetimes, but they’re not getting it all. “Oh, we love this guy. We love Gates. He’s so like us. He’s so one of us.” They’re running a giant scam.

But Howard Schultz doesn’t want to phony it up. So Fauxcahontas attacks him. He says, “Senator Elizabeth Warren said some pretty sharp words about me. She referred to me as a billionaire out of touch with the American people.” And then he told his rags-to-riches story. Quick. Who did the song Rags to Riches? Anybody? Ring a bell? Tony Bennett. It was one of his early big hits and it’s used in mob movies left and right. It fits.

Anyway, Howard Schultz says: I grew up in Brooklyn, in Canarsie, in federally subsidized housing, the projects. When I was 7 years old, my father, who was a laborer, came home and had a serious accident. He was dismissed from his job. We lost our health insurance. I witnessed the fracturing of the American dream. I started with nothing. I made it in America because of the aspiration, the magnetism, the spirit of our country. I’ve always believed in the promise of the country. What is the promise of the country? What is it, regardless of your station in life, the color of your skin, your gender, your sexual orientation, whatever it might be, that everyone should have a chance in America.

As a political weapon, they have beat people down. They have constantly told people, “You can’t succeed.” Be it African-Americans, be it women, be it Hispanics, their collection of minorities that make up their coalition, white privileged Americans have the deck stacked against you. You can’t get anywhere. Nobody’s gonna let you get anywhere. Then one of them comes along and starts telling everybody how he did it, he’s got to be silenced. They’ve got to shut him up.