RUSH:  I have always told people, always said that if you want to get a fairly good idea of where our society is, what our values are, what interests us as a nation within various demographic groups, keep a sharp eye on advertising.  Advertising has one purpose: separate people from their money.  Well, as I said, there are (sigh) a couple of ancillary purposes.  A billboard advertising campaign may not actually have the objective of separating you from money.  A billboard campaign is more validation. 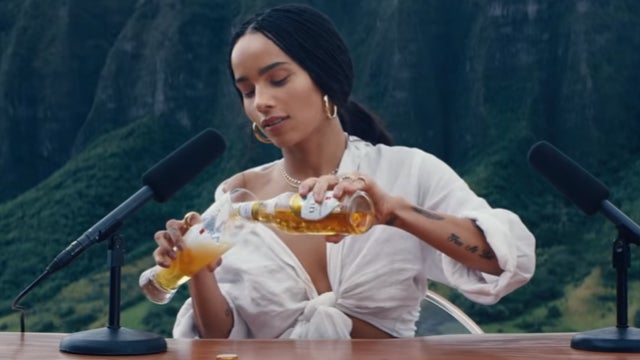 So if you’re driving along and you see a billboard for a product you use — a big, gigantic billboard for a TV show you watch or something — you’re supposed to react, “Yeah, yeah! That’s big. That’s important.” It validates the fact that you buy the product or watch it.  But a billboard is not probably gonna convert anybody from one product to another.  There’s all forms of advertising.  Some people do advertising just to have the brand or the message reach as many eyeballs or ears as possible, and continue to run that kind of ad for brand awareness.

But it’s why the good ones are used by so many different companies, corporations, and so forth.  Now, beer is an interesting product to advertise.  If you pay attention to beer advertising, you will note that it is all geared, with rare exceptions… There are exceptions to everything. It’s all geared to young people.  You don’t find Anheuser-Busch or Miller or any of the others advertising to 55-year-old guys. They’ve made up their mind.  They’ve got their favorite beer.  They made their mind up on it long ago.

They stick with it, and they don’t really experiment much.  The only time they might try something new is if what they want isn’t available.  But young people’s minds are not made up yet.  In terms of beer advertising, alcohol consumption in America has actually been on a cycle, and we are just coming out of a down cycle on alcohol consumption.  There’s no expressly known reason for it.  It’s just there are cycles.  You know, iPhones sell big for a number of years and then level off as the market becomes saturated.

All products have cycles, and the toughest products to advertise are those that you buy it and it lasts for years.  Those people have a huge challenge.  It’s one of the things that’s happening to the smartphone industry.  It used to be that people would upgrade every year, every two years, when they had contracts with the cellular company so that they really weren’t paying the full price of the phone at once.  But then people discovered that the phones are so good, they last and last and last — and then you just if you just put a new battery in a 2 or 3-year-old phone it acts like brand-new.

So people are not buying phones nearly as much.  They’re holding onto them longer.  So it changes the way they have to be advertised and pitched.  Beer is… There are probably even worse examples. Imagine people that sell furniture.  I mean, how many times do you upgrade your couch?  How many times you change your mattress?  I mean, there’s all sorts of things. Advertising is a fascinating thing, and communists hate it.  Communists, socialists hate advertising because they hate consumerism.  They hate people having the money to make financial choices.

They think consumerism, materialism is disgusting and degrading, and they discourage it, and that’s why a lot of young people you’ll run into, Millennials, say, “I don’t want to buy a car.  I’ll get an Uber.  I’ll get a scooter.”  But eventually everybody grows up at some point whatever age and wants a car.  Well, back to beer advertising.  People are… They go back and forth from drinking adult beverages — distilled spirits — to beer.  Sometimes there isn’t much overlap.  So the beer people coming out of a down cycle have to come up with something new. 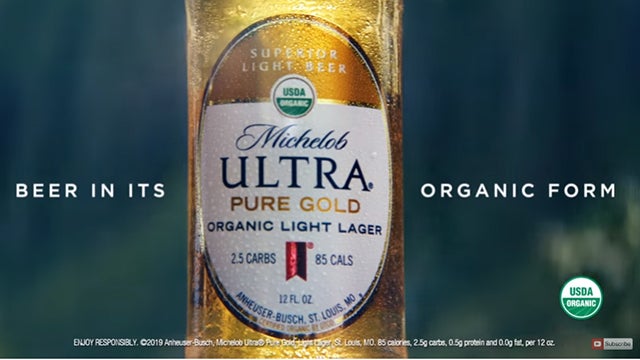 Do you know how many beer commercials, for example, are made also featuring food?  It is a big, fat zero.  One of the light beers about 15 years ago did a whole campaign, drinking beer with rich Italian food — sausages and pasta and meatballs.  It didn’t work.  Now, you may know of a local beer commercial where they sell the product in commercials featuring food, but generally food is not part of beer commercials.  When beer commercials are shot in bars, at most you’ll have a bowl of peanuts or something on the bar, but that will be the extent.

Michelob’s Ultra organic beer commercial is something unlike any beer commercial has ever been.  It has a trick in it.  Have you ever heard ASMR?  Back in the sixties and seventies, advertising was thought to have subliminal messaging.  A frame or two that the human eye couldn’t see.  They would put food in a beer commercial, but you wouldn’t see it.  Well, your eye would, but your brain wouldn’t recognize it because the frame of food in the entire framing of the video was not enough.

(whispering) Whisper.  The entire commercial is whispered by an actress named Zoe Kravitz. Autonomous Sensory Meridian Response  is a growing trend.  It’s being used on YouTube now, and some of the most popular YouTube videos are said to be completely saturated with ASMR techniques.  What ASMR does is relax the viewer, de-stress the viewers.  Some people even report feeling a “tingling in their scalps and spines” while watching television commercials featuring these techniques.

So Michelob Ultra organic beer will be making its Super Bowl debut with a commercial that features Autonomous Sensory Meridian Response and Zoe Kravitz.  “U.S. alcohol consumption keeps falling.  Americans are turning away from beer,” because Trump voters like beer, it is said.  “Since its launch last February, Pure Gold has already succeeded at getting customers to choose beer over wine and spirits.”

So here’s the commercial. Now, what’s fascinating about this to me is that every one of these techniques, Autonomous Sensory Meridian Response, they’re all audio. Ninety-five percent of them are audio. Yeah, you can see her tap the beer bottle on the microphone, but it’s the audio that’s produced. It’s her whispering that creates the tingling in the scalp, in some cases the tingling in the spine, the relaxing sense of – let me cut to the chase.

These are techniques that I as a highly specialized instinctively talented broadcast specialist have been using for years. And now these people in television advertising think they’re onto something hot here with what they’re calling Autonomous Sensory Meridian Response.

Here is the commercial. Let me set it up for you. Zoe Kravitz is the actress in it. It opens with three seconds of a series of sped-up images of nature: a sunrise over water, a beach, a forest, an island, birds flying around, a waterfall, and then mountains and valleys.

And after three seconds of all that, it ends up centered on Zoe Kravitz seated at a table on a platform in front of green covered mountains. She’s outside in the wilderness sitting with mountains, green mountains in the background, and she leans over to one of two microphones in front of her. The camera zooms in, and only then does she begin to speak.

KRAVITZ: Let’s all experience something —

RUSH: Stop the tape and get this. Did you notice the two seconds of dead air? “Oh, my God. What happened?” Did you reach for your volume control to turn up — “Oh, my, Rush is off the air.” A technique — we use it here constantly — grabs your attention. A little dead air never hurt anybody. I guarantee you it is a factor in the spot. Okay. Here we go from the top again. You know the setup. Here we go.

RUSH: She sits back in her chair, looks away from the camera, close-up shot of the bottle of beer with the slogan: Beer in its organic form. The whole thing is whispered. The whole thing is designed to make you turn up the TV, to make you get closer to it, “I can’t hear it.” It’s designed to make you rewind if you’re TiVoing it or DVR, you rewind to watch it again ’cause you’re not sure what you’ve just seen. It does not blast any of your auditory senses. It undersells them and demands that you pay really, really close attention. And while you’re paying really close attention, they’re getting you with the video.

Now, we’ll see. They’re gonna run this commercial during the Super Bowl. What I found fascinating about it is that all of these techniques are audio and used constantly. I’ve been using these techniques, some knowing and some just instinctive, but nevertheless using them over the course of the 30-plus years of this program, such as (rattling papers) formerly nicotine-stained fingers. And I love it, folks, to really cut to the chase, I love it when all these TV people have to admit that it’s audio that closes the deal.

RUSH: Oh, yeah, yeah. I know what some of you are thinking. We could do our own commercial here featuring the Autonomous Sensory Meridian Response techniques. I’ve got one already in my mind just waiting to be produced. It would be a close-up of a hand with a gray sleeved shirt holding a set of keys, tapping the keys on what appear to be the bars of a jail cell and a voice off screen would be saying, whispering, “Lock her up,” tap tap tap tap, “Lock her up.” You could open the commercial with video from a movie about Benghazi, for example.

Do you know that there were more people in the raid on Stone’s house than were at Benghazi defending our people under attack? Do you know that? So, yeah, you open it up with a bunch of footage from the Benghazi attack and then cut to the quiet of the jail cell and the guard tapping his keys on the jail cell bars whispering, “Lock her up. Lock her up.” See if it would work.