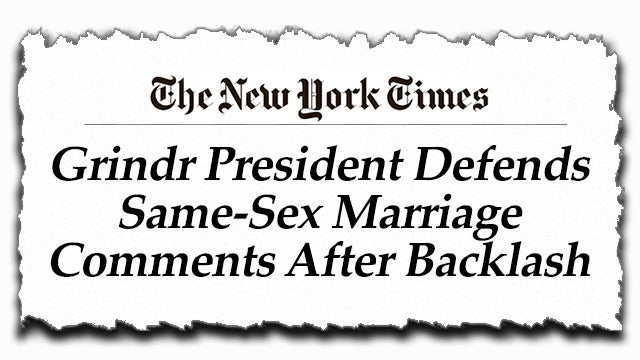 The guy’s name is Scott Chen. He made the comment in a post on his personal Facebook page. He shared an article on Monday, called for the boycott of Chinese tech company HTC after reportedly backed U.S. groups opposed the same-sex marriage. This is not gonna end well. The president of Grindr says that marriage is between a man and a woman.