They Give Us Poisoned Politics and Call It Justice

RUSH: Now, if you think I’m a little bit histrionic, I am. This stuff… I cannot tell you how this aggravates me. This is the criminal justice system. This is what we have all been raised and led to believe is where justice happens, where reality trumps any other attempt. We’ve all been led to believe that the Justice Department is above and beyond corruption, and we have come to find out that’s not the case whatsoever by virtue of the fact that this investigation itself has no basis in fact anywhere.

It should not have happened, and people’s lives are being ruined as a result of this. We’re watching what the people with power in the Washington establishment are able to do with our government, how they are able to subvert and ignore the United States constitution and how they are more than willing to do that to protect their fiefdoms of power, to deny the expressed will of the American people in a duly constituted and legal presidential election.

All of this is about undoing what the American people voted for — and, in the process, ruining anybody and their families and their careers who had anything to do with it, including Brett Kavanaugh, anybody Trump would nominate, Trump and his family. These all-mighty, powerful people couldn’t stop Donald Trump at the ballot box. They couldn’t stop him on the campaign trail. The brilliant Hillary Clinton — who was supposed to win in an eight- to 10-point landslide — couldn’t stop Donald Trump giving it her best shot.

Her brilliant husband, Bill Clinton, and the smarter-than-anybody-ever-born Barack Obama could not stop Donald Trump, damn it, and so this effort was undertaken to stop Donald Trump. And with all due respect to anybody out there in the legal community and the Justice Department, this is the most bogus bastardization of justice that I can remember seeing or that I know about in my lifetime. You know, there’s some people saying, “Well, there’s an investigation. We must follow it through.

“Well, there is a special counsel. We must follow it through. Well, the special counsel was appointed by a duly constituted deputy AG and we must…” No! Why? If the whole thing is bogus and fraudulent from the get-go, why do we treat it as in any way legitimate? “Well, because there are decent people in the Department of Justice, Rush, and they are working here trying to uphold the…” No, they’re not! None of that’s happening here!

This is a concerted effort to use the Department of Justice — Obama’s people at the FBI and so forth — to undermine the will of the American people as expressed in the presidential election of 2016! But if that’s not enough, in addition to undermining the express will of the people, we’re gonna destroy the lives and careers of as many people who screwed us by winning as we can. That’s what the Department of Justice appears to have become, to me. At least the people running it. To me, it’s not coincidental, and it all happens, and it all starts under the administration one Barack Hussein O.

RUSH: What really frosts me here, folks, is all this is is raw politics — raw, undiluted, pure poison politics! But it’s happening under the umbrella, under the guise of justice. There isn’t any justice in any of this that’s happening here! There isn’t any justice. I don’t care that Mueller is a lawyer, has got gobs of integrity. I don’t care that Rod Rosenstein, deputy attorney general… This is all a cover for a ribald, rotten political campaign to undo the 2016 election under the rubric of “justice.” The Department of Justice, the special counsel who has more integrity in his little finger than the entire population of in Washington combined, we’re told.

There isn’t any DOJ aspect here. There isn’t any justice. There isn’t any fairness or any balance of scales. This is pure, raw politics, and the Washington establishment is calling it justice as a means of giving it credibility that it does not deserve. This is causing people to analyze it in terms of justice, in terms of judicial procedure. That’s not relevant here! It’s one giant scam. I’ll tell you this. Of all the things Donald Trump’s been accused of in his life, this is probably the thing of which he is the most innocent! That’s what’s laughable about this.

RUSH: Bandera, Texas. This is Larry. Great to have you on the EIB Network. Hello.

CALLER: Hello, Rush. Old Lar here from Bandera right outside of San Antonio, and what a great 67th birthday gift this is. But I’ll add to that gift wish list by saying we need to draw the line in the sand. We need to squash this administrative state. We need to squash everything that was unconstitutionally drafted by this unconstitutional state, this administrative state, fire Mueller, surround yourself with the best old dog lawyers from every discipline in the Mark Levin mold and go to battle with these the buys. Wage war with the press on grounds that they’re national security risks. Do whatever you need to do to bring some stability to what we have going within this nation right now. And then — but hopefully let justice take its course, including the Obama 12, that they be brought to justice. That would be my wish list. And on the way out of the door for the president, whenever that is, pardon everybody who’s been victimized by these Marxists. That’s it.

RUSH: This is Sylvia in Parrish, Florida. Hi. Great to have you with us.

CALLER: Hi, Rush! It’s great to be talking to you! I’m a first-time caller. I used to be a Never Trumper. I also used to be a Democrat. But I did end up voting for Trump because the alternative was just unthinkable, and the more and more I listen to TV and what they’re doing to this president, the more I want to vote for him again. But what I called to tell you was, you keep saying that they’re trying to discredit the 2016 election. I think you’re wrong. I think what they’re trying… They’ve given up on that. They know they can’t do that. They are trying to make sure that he never gets elected again, in my humble opinion. What do you think? 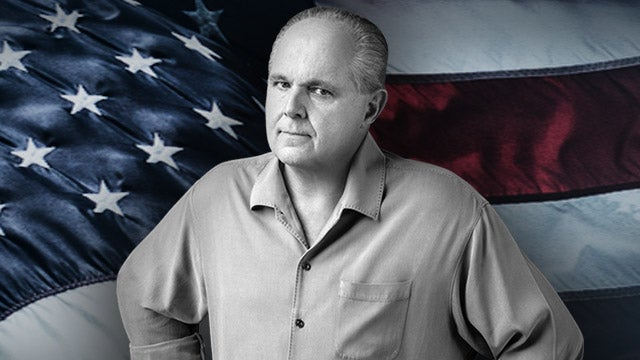 RUSH: Well… No, no. That’s, of course, true. That goes without saying. I don’t mean to diminish what you’re saying. But I do mean it. When I say that they have not accepted the results of the 2016 election, I mean personally. These people still can’t believe they lost. Now, after this amount of time, there may be some of these people who have talked themselves into the “fact” that this election was stolen from them by Trump or the Russians or whatever.

But most of them, when this all started, they didn’t really think that. They just couldn’t come to grips with the fact that it had happened, and so they literally did begin a course of action designed to show that they simply didn’t accept the results, that Donald Trump’s got no rights to do anything. Donald Trump’s illegitimate like George W. Bush was after the 2000 Florida recount — and, of course, they want to deny him. They’d like to see him impeached and thrown in jail, if possible. (chuckles) Absolutely.