If Mueller Wants a Corsi or Cohen to Tell New Lies, They Will

RUSH: Grab audio sound bite No. 18. I want you to hear Jerome Corsi. He was on Hannity last night. And as you listen to this, the big news today is that Cohen has flipped, Cohen admitted he lied to Congress, and he’s now telling Mueller the truth and that Trump knew about the Trump Tower meeting before and after January, 2016, da-da-da-da.

I want you to listen to Corsi. Corsi is refusing to play ball with Mueller. Hannity asked him last night, “Give me an example of that. What was the Mueller team telling you that they wanted you to say? What did they want to hear?”

CORSI: They wanted to hear that I had a source connected to Assange or I did some way had a direct contact with Assange so they could do the connection, which would go Roger Stone, Jerry Corsi, Assange, and then they’d have their basis for collusion. It was complete nonsense. But they would not accept when I told them that, in fact, I never met Assange. I had no contact with Assange or intermediaries.

HANNITY: You never had any contact with Julian Assange or WikiLeaks?

And guess what? Somebody got hold of Manafort’s passport. It’s not stamped London, Ecuador, anywhere Assange may have been at the time the special counsel, the impeccable representative of the Department of Justice, says that Manafort was meeting with Assange.

So given that Jerome Corsi is saying they want him to say something that didn’t happen, they want him to admit that he had a link to Assange so they can then link Stone to it, then Trump, Corsi says, “I don’t know Assange, never met with Assange.” But they want him to say it. Manafort is saying, “I didn’t lie to them, I’m not lying for ’em. They want me to say certain things and I’m not gonna say ’em.” Can you imagine being in this position. You’ve got this all powerful Mr. Integrity special counsel and his band of thieves that have been overturned by Supreme Courts, his prosecutors from the Enron task force and the Ted Stevens trial, and they’re telling Manafort, they’re telling you, “We want you to say X.”

“Well, wait a minute. I’m in trouble with you because you say I lied to you.” Every one of Mueller’s indictments is a process crime. Mueller doesn’t have any substantive criminal activity here, any collusion. He’s got people that have lied to him. So if you have been charged and are facing jail for lying to Mueller and then he comes and says he wants you to lie, only this time say what he wants you to hear, what would you do? You roll the dice, “Okay, you know what? Mueller, I’ll lie, I’ll say what you want me to say.” And then you do it.

And then something happens two years down the road where you tick Mueller off and he comes back and says you lied to him then, and then your defense is, “Well, he told me to lie.” How’s that gonna fly? It’s an untenable position he’s putting these people in. So Corsi and Manafort both say that the Mueller team has asked them to say things which aren’t true. And today Michael Cohen did turn around and say, “Yeah, I didn’t tell the truth to Congress. I’m telling the truth to Mueller now.” 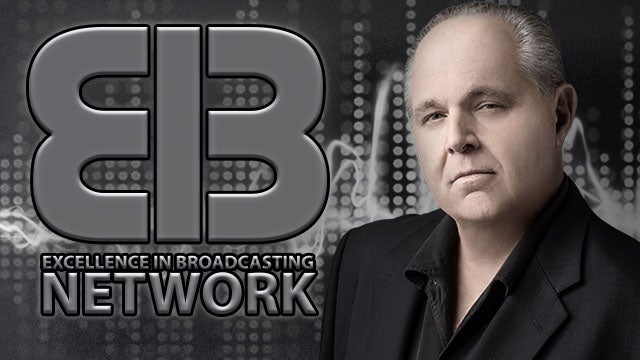 Intelligence guided by experience tells me that Cohen probably is ticked off at Trump, probably thought he was one of Trump’s close confidants. Never was. Probably ticked off because he thinks Trump threw him overboard. So now he’s got a little bit of get-even-with-’em-ism here. And Mueller is dangling all kinds of benefits — less jail time, more freedom, “Just tell me what I want to hear, that Trump knew about the Russian meeting. Just tell me that. That’s all you gotta do.”

Cohen says, “That’s it? That’s all I gotta do?” “Yep.” And he does it. “I lied to Congress. When I was talking to Congress, that’s when I was lying. I’m telling Mueller the truth.” Jerome Corsi and Manafort: “I refuse to lie for Mueller.” So what do you make of all this now, folks?